Every time Iced Earth pays a visit to Greece, it’s beyond any doubt that the show would be sold out as it was the case this time thus disappointing many fans which thought that it would be best to buy the ticket on the very last days before the concert date. The promoters had notified that there were no more tickets available while we must congratulate them on the fact that the schedule was kept precisely.

The opening band was the Greek metallers Null ‘O’ Zero that presented five songs during a 30-minute set. The crowd had evidently a pretty good time as they supported the band throughout its set. I guess that the best way to describe Null ‘O’ Zero’s style is melodic yet aggressive metal in the vein of Megadeth and Machine Head. But the most important thing is that they were well-rehearsed and showed that the road lies open ahead of them. The band’s drummer, Lefteris Moros, and the two axemen (Ilias Andritsos and Aggelos Kokkorogiannis) were truly exceptional. 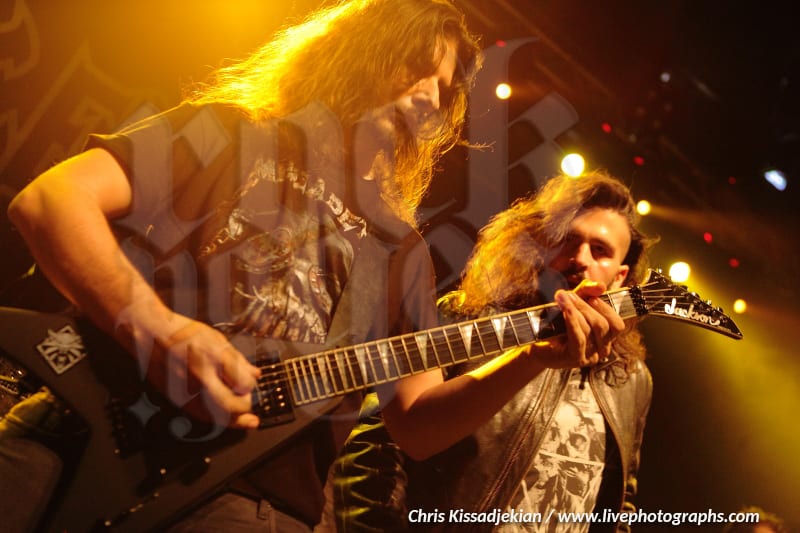 Up next were the traditional heavy metallers from East London, Monument. In yet another show on Greek soil, Monument proved that it is a force to be reckoned with as they were once again flawless and truly entertaining. Peter Ellis, the band’s leader (with the Greek roots, by the way) was the undisputed ringmaster as he didn’t stop running around the stage and being communicative with the fans. For 45 minutes, Monument presented songs from its entire back catalogue with all the Maiden-esque and NWOBHM influence being obvious to everyone. “Lionheart”, “Crusaders”, “Rock The Night” and “Fatal Attack” stood out from the set and all in all Monument had ideally paved the way for the main act that was so eagerly expected by the fans that had by that point packed the club. 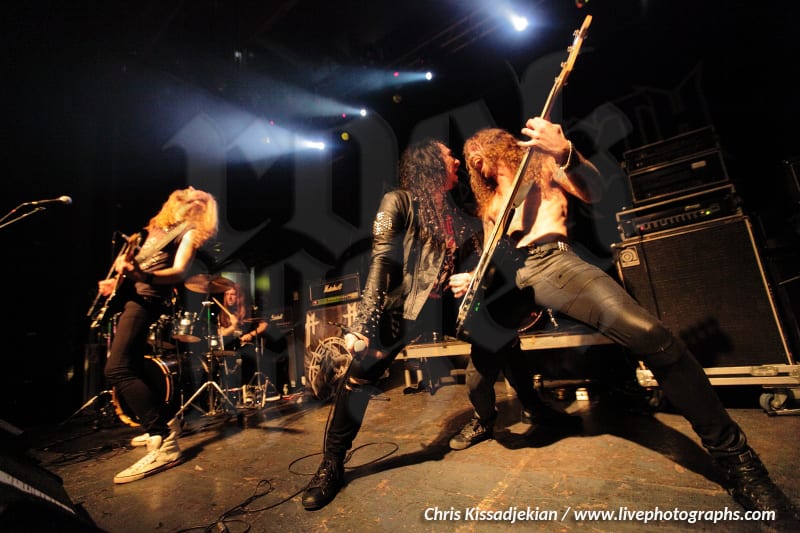 At 22:00 sharp the lights went down and Iced Earth hit the stage and the fans went completely crazy! My God, the deafening roar of the crowd when the band made its appearance was definitely mind-blowing! Naturally, everybody knows the special relationship between Iced Earth and the Greek audience. After all, Jon Schaffer reaffirmed his love with us with a mini-speech before “Stormrider” that…Joe DeMaio would be so envious of! Once again, the MVP of the whole night was none other than singer Stu Block who celebrated his birthday and had clearly the time of his life as the fans sang for him (in Greek) the “happy birthday” song. Although, it is a known fact by now, we must point down again that he is the perfect replacement of Matt Barlow and he is doing a phenomenal job. 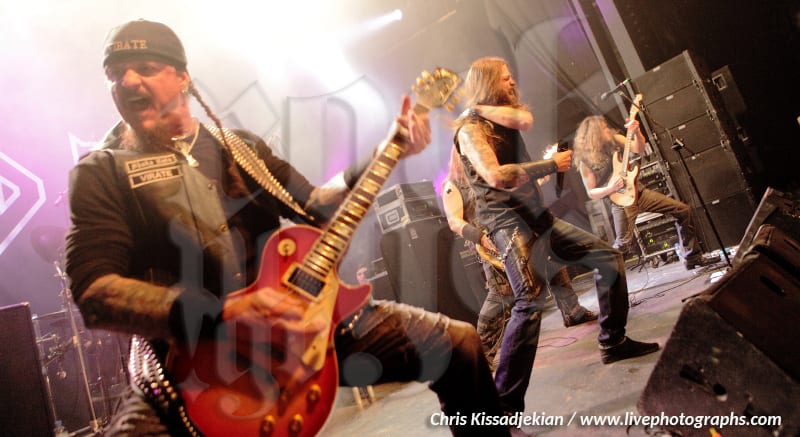 In the 20-song set, there wasn’t a single track that the fans didn’t sing with everything that they had while it goes without saying the stunning reaction during Iced Earth’s hit songs! For me personally, the absolute highlights of the evening were the amazing “Burning Times” (I still get Goosebumps when I bring in mind the crowd’s roar when the opening notes of the song were played), “Vengeance is Mine” and “I Died For You” from the incomparable “The Dark Saga” album plus the brilliant take of “Watching Over Me”. In addition, the encore was one of the best that Iced Earth has ever presented as it was comprised of “Dark Saga”, “Dystopia”, “Watching Over Me”, “The Hunter”. Lastly, it would be a mishap if we didn’t underline the bombastic performance of the band during “V”, “Slave To The Dark”, “A Question Of Heaven”, “Pure Evil” and “Damien”. 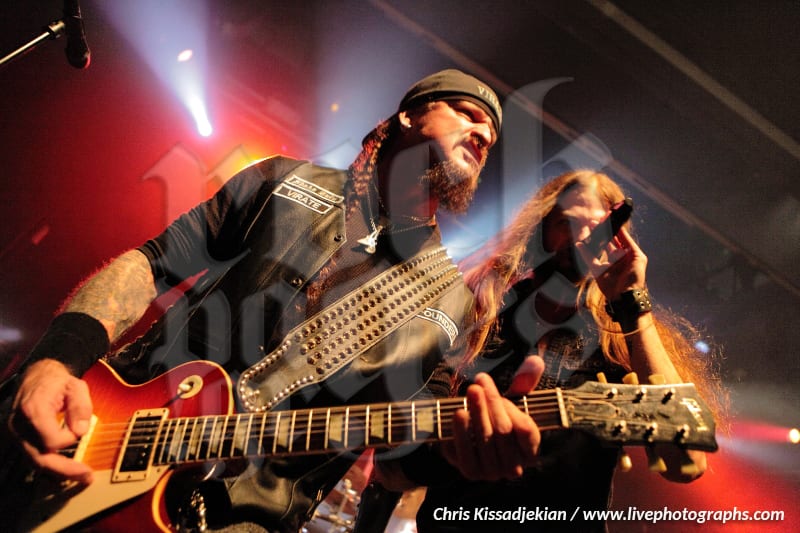 All in all, Iced Earth tore down Gagarin Club and wet our appetite for its next visit (with a brand new album in their bags). Needless to say, that we are already awaiting for the next Iced Earth show which, naturally, it will be a certain sell-out, too. 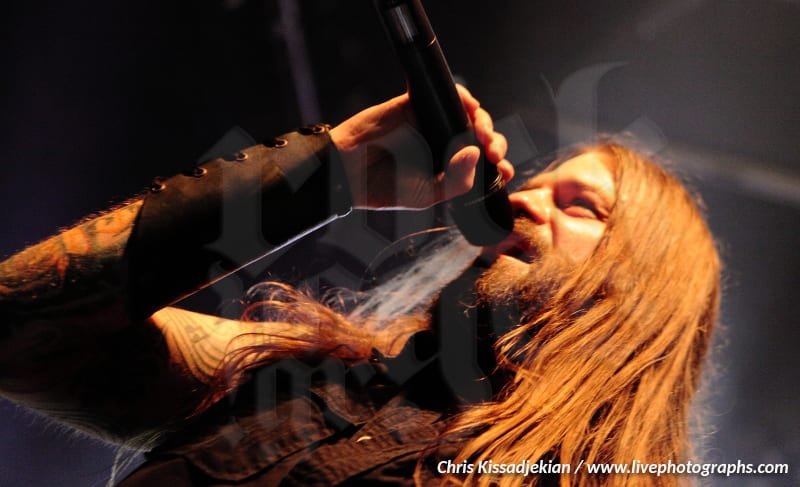