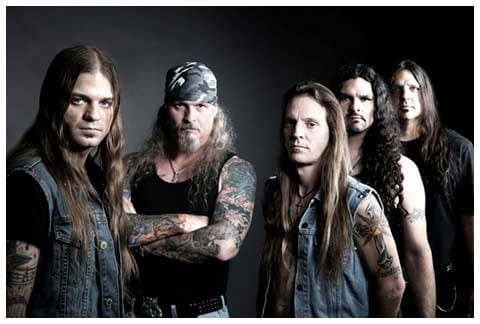 It seems that the financial crisis is not an obstacle to the Greek fans when it comes to their favorite bands as they rush in big numbers to the clubs and venues every time a beloved musical outfit makes a tour stop at Greece. That was exactly the case on the lat day of December when Iced Earth paid yet another visit to Athens

in order to promote their latest album “Plagues Of Babylon”. And judging by the fans’ reaction, I must say that this should be regarded as another classic in the band’s rich catalogue (although, personally I believe that it is somewhat inferior to its spectacular predecessor “Dystopia).

Unfortunately, I missed the opening act Elm Street and their traditional heavy metal from Australia. The assembled crowd surely enjoyed the set as they were already eagerly awaiting for the second support act: Warbringer. These guys from Los Angeles presented an old-school thrash metal and it was plain obvious that they have come a long way since their formation almost a decade ago. With four studio albums under their belts, Warbringer didn’t have a single problem in winning over the crowd and gather some new fans along the way. The band’s singer John Kevill is a standout performer and he seems to have studied a lot Mille Petrozza’s stage presence. “Scars Remain” and “Total War” were the absolute highlights of an overall flawless tharsh show. 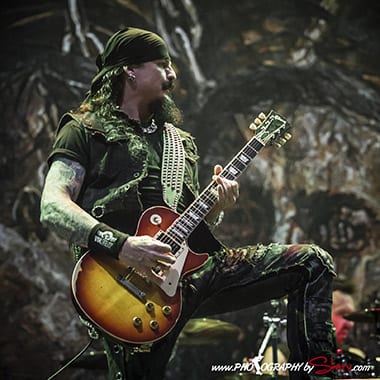 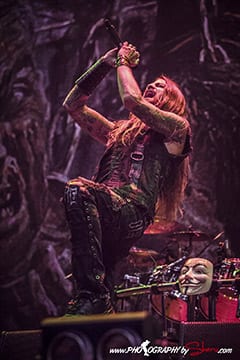 At exactly 21:25 the first notes of the intro of “Plagues of Babylon” rushed through the speakers signaling a general alarm amongst the crazy Greek fans. The band slowly but steadily took the stage and the concert begun under a deafening crowd reaction. I have read before the show many negative comments regarding the set-list.

Personally, not only did I satisfy the selection of the songs but I had absolutely a fantastic time throughout the band’s set as it was evident that Iced Earth was having the time of their lives on stage. Generally speaking, Iced Earth based their set on the last couple of records with Stu Block plus “Dark Saga” and “Something Wicked…”. Did I want to hear some more stuff from the early days? Hell yeah. But I wasn’t dissatisfied at all. You see, Iced Earth always play in Greece and they change their set on a constant basis…so, next time I am sure that they will present a different set. After all, they resurrect such gems as “Question Of Heaven” and “Vengeance Is Mine” while they unleashed a deadly attack with classics like “Burning Times”, “Watching Over Me” and “Dark Saga”.

Schaffer –clearly rejuvenated- was as always imposing (and smiling) on stage; Stu Block has achieved the unconceivable: he has made forget Matt Barlow while Jon Dette behind the drums was bombastic. From the new album we definitely pointed down the brilliant renditions of “The End?” and “If I Could See You” while there was caused mayhem during “Dystopia” and “V’.

I am certain that if Iced Earth would have returned to Greece after a mere month, the venue would be again packed! Stu Block didn’t stop praising the Greek fans for their loyalty and support all through the years and Iced Earth left us under the greatest impressions. I must also congratulate, as a closing note, the promoters for a splendid organization.

Set List: Plagues Of Babylon / Democide / Dark Saga / V / If I Could See You / Disciples Of The Lie / Among The Living Dead / Burning Times / Red Baron – Blue Max / Blessed Are You / Vengeance Is Mine / Cthulhu / My Own Savior / The End? / A Question Of Heaven….Encore: Dystopia / Watching Over Me / Iced Earth 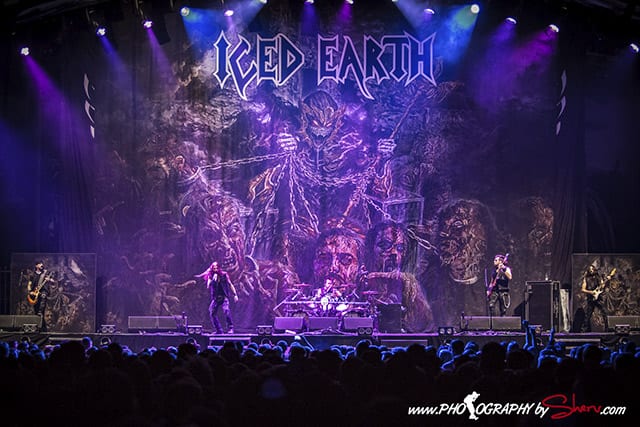