Idle Hands have just arrived in Athens and are getting ready for their first ever show in Greece. The band’s founding member and frontman, Gabriel Franco, was more than happy to sit down with us and talk about the excellent new album “Mana”, his influences, the name that was…not given to the band, the ideal line-up for a festival and many more things. A couple of hours later, Idle Hands would bring the roof down of The Crow Club in a concert that we will remember for the years to come. Interview: Sakis Nikas 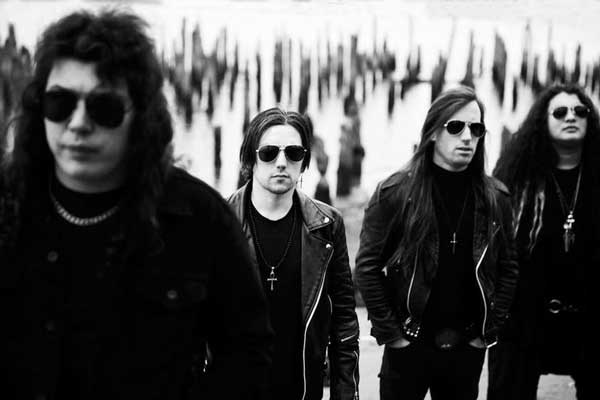 Rockpages.gr: How does it feel to be playing your very first shows in Europe?

Gabriel Franco: Actually, this is my second in your Europe…I was here with my previous band but you are right, this is the first headlining tour with Idle Hands and it feels great. This is, of course, our first show in Greece, too. We’ve been here for 45 minutes (laughs)! The weather is great because it’s been cold and rainy in the past couple of days. We are very excited to be here.

Rockpages.gr: You have been an active band for a couple of years now and in the meantime you have released an EP and a full length album. A quite productive fit, I must say…do you plan on keeping up at the same pace or you will take your time next time around?

Gabriel Franco: I wanna continue at the same pace. I wanna do it as my regular job, you know. When I get back home, I just wanna focus on writing new music. So, the reason why I’ve been so productive with Idle Hands is because I gained so much experience with the previous band of mine and I figured out how to do the whole thing properly. With Idle Hands everything’s planned out years in advance. I already know what I am gonna do next year and the year after that…unless something drastically changes. Other than that is a constant building of the band’s name, playing shows and actually working on the next album. 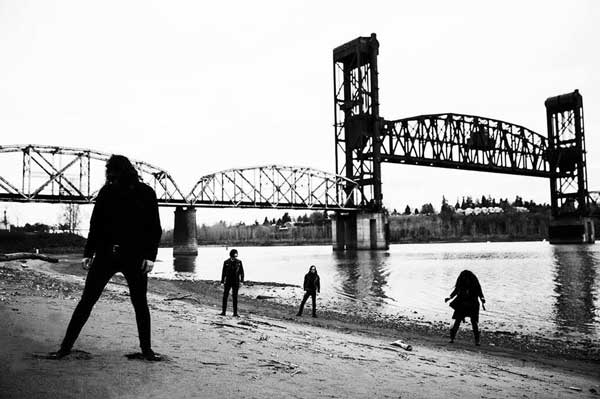 Rockpages.gr: When I first heard your EP, I was absolutely surprised because here was a new band blending traditional heavy metal with gothic rock sound. Before we talk about the EP and the new record, tell us about your influences…

Gabriel Franco: You know it’s funny because I do like the goth-rock stuff…like Sisters of Mercy which is one of my favorite bands ever. As for the other bands that people are comparing us with like…Heroes Del Silencio, Killing Joke or The Cure…I never listen to that stuff. When I was writing the Idle Hands songs, I wasn’t familiar with those bands apart of course from a few well-known songs. It wasn’t until afterwards when I started listening to those bands…

Rockpages.gr: The comparisons have to do probably with the similarities in the vocal style…

Gabriel Franco: Exactly…yeah. That’s the reason…well, obviously I can’t sing high (laughs)! The other important fact is that right from the start I wanted to write my own stuff and not rely on other people because in the past for 7 years I had to put my faith and trust in the hands of other people and I got let down…over and over again! Also, I don’t overanalyze things…I know lots of bands that pay attention to every single detail and remain in the studio for months after months. This is not how I like to work. That’s also one of the reasons why I want to write my own songs. 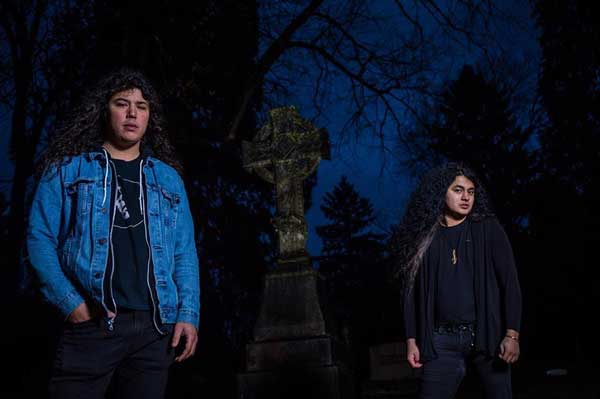 Rockpages.gr: On the new album you re-recorded “Blade And The Will”. Why did you decide to…revisit this song from the EP?

Gabriel Franco: That’s a good question. I went back and forth with that decision. Originally, I wanted to have 14 songs on “Mana” and I run out of time. So, it got down to 11 songs in total. I wondered if I should re-record the song. “Blade And The Will” was the first song that I had recorded on the EP ever as a vocalist. I felt like my vocals were kinda shaky. Also, I wasn’t completely happy with the guitar solo and I thought that I could make it a little bit cooler and that was basically it. Some people are gonna like the first version more but there you go…you got two versions to choose from (laughs). What do you think?

Rockpages.gr: I think that the new version fits better with the mood of the new album and that the previous version is more raw compared to the new one.

Gabriel Franco: Yeah, the first one is raw…exactly. 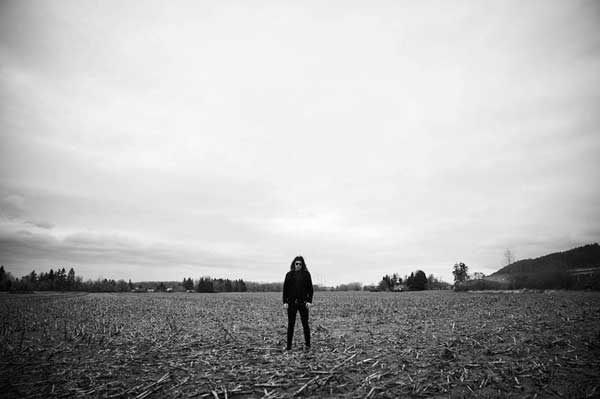 Rockpages.gr: Did you choose the band’s name?

Gabriel Franco: Yeah. It’s funny that you are asking me this because originally I wanted to name the band Aria and then I realized that there is a Russian heavy metal band with that name…

Rockpages.gr: And quite popular, too.

Gabriel Franco: Yeah (laughs)! I had heard that name before but I’d totally forgotten it until I checked out Metal Archives and remember it. Damn (laughs)! I thought that it was the perfect name for this band. Even today, if there was an option, I’d consider naming the band Aria because I think that it is a perfect fit for our sound. But Idle Hands is great, too. I am big on the messages and the meanings of the songs and Idle Hands is the devil’s tools so you can interpret the lyrics however you want. I really like that. To me one song can mean one thing and for you it can mean something different altogether. Each of the songs have those philosophical statements and you can give your own interpretation. 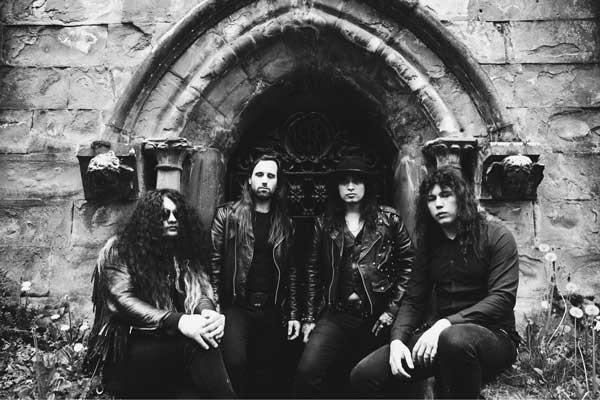 Rockpages.gr: These days, we see lots of retro bands trying to infuse in the music their own style. For instance, Ghost reminds of Blue Oyster Cult, Enforcer has a lot of early Saxon influences etc. As we said before, you have lots of similarities with Sisters of Mercy in the vocal style. Do you think that it’s a trend or a safe way to approach a more or less conservative audience like the metal fans?

Gabriel Franco: I know what you mean….well, this thing is going on for a number of years. For instance, I was listening to Enforcer when they first started…like ten years ago. So, I don’t think that this is a trend although I do understand that the metal fans appreciate it when a band pays tribute to the past without copying it. But it seems that it’s getting larger through the years. I contemplated many times why this is happening… I think mainstream rock radio has a lot to do with it. To this day, they are still playing the same all classic rock songs…over and over again! In the States, you still listen to the same Queen, same AC/DC, same Metallica, same Zeppelin songs on the radio. Why don’t the play the new stuff? There are so many young bands out there! But on the other hand, without that classic rock stuff, maybe there wouldn’t be an underground movement like the New Wave of Traditional Heavy Metal. People still listen to the classic stuff and discover the more obscure stuff. Getting back to your question, I do hope that this is not a trend…of course, eventually everything goes away but the cool metal music keeps on and on. As you know, of course, metal fans are so dedicated and they support their favorite bands…well, forever (laughs)! 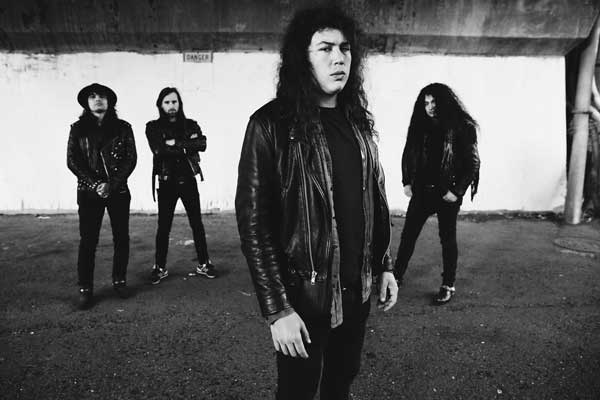 Rockpages.gr: Last question: Donington’s Monsters of Rock was the ideal festival of the 80s. Which would be the dream line-up if you had the luxury of picking up the bands?

Gabriel Franco: Oh man! You are putting me on the spot completely here! Well, let’s see…one of my favorite bands, still to this day is Accept…even though I didn’t like their last album. But I love Accept, they will definitely be in the line-up! Rammstein would probably be one of the bands because I haven’t seen them live and I know that they put on a great show. Sisters of Mercy would be pretty cool but can we choose from any point in time?

Rockpages.gr: By all means!

Gabriel Franco: Cool! So, it will be 80s Sisters of Mercy (laughs), 1989’ Metallica on their Justice Tour, any era of Scorpions…I might throw Bon Jovi in there…you know the 80s arena rock stuff of “Slippery When Wet”…oh man…there are so many! Judas Priest, Maiden! Too many! There you go! 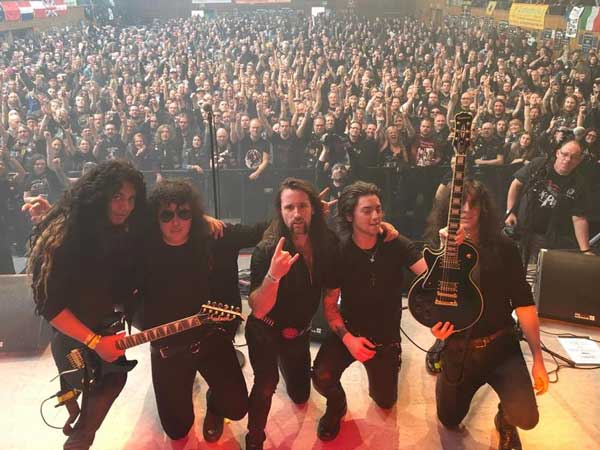