I’ve been waiting this for years now. Many years. Insomnium finally made it to Greece, as they couldn’t in 2015 when their tour was cancelled. An amazing band that must be proud of having not even a mediocre album in their discography and a big list of fantastic songs in music and lyrics. Tribulation joined them for the tour, a band with increasing popularity, so it was a great opportunity to see them both. 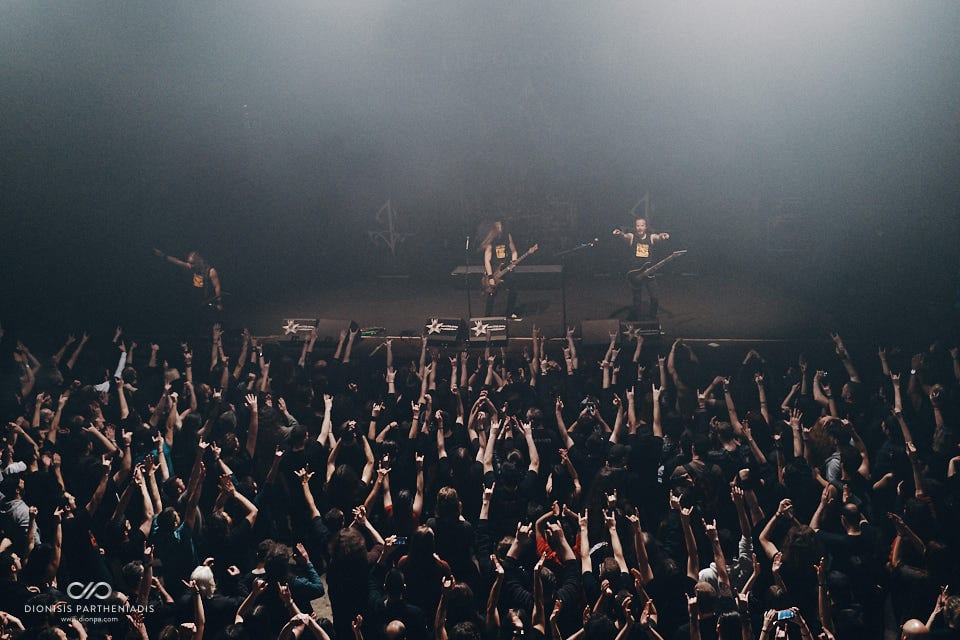 Caelestia had the honor to be the opening act. The band from Athens play melodic death metal with symphonic elements, clean female and brutal male vocals so it was a good chance for them to present their latest album “Thanatopsis” in a larger audience. They also have chosen a dress code of their own while on stage, but unfortunately the had to deal with the terrible sound. A complete tragedy, because except the drums the other instruments and the voiced were very low with so that you couldn’t understand anything from their songs. That also affected the mood of the musicians, because I’ve seen them before and it was clear that they didn’t have the best time on stage. Pity, because with proper sound they could have gained some new fans. 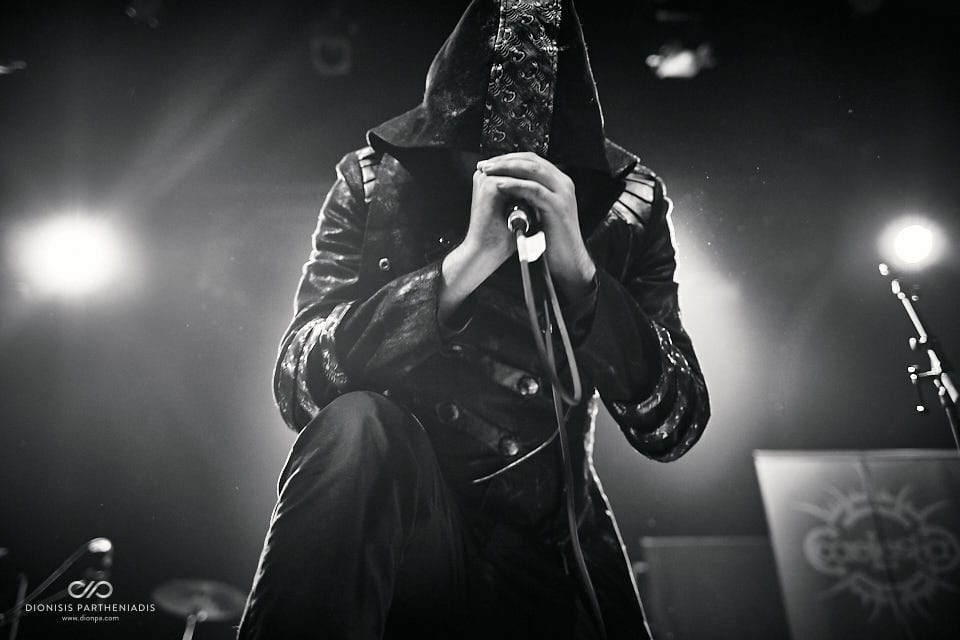 Next on stage was Tribulation. They emerged under green lights, dressed is black and with corpsepaint and gave a great performance having a perfect sound as their ally. A band that evolved in every record and now they have their own unique style. Classic heavy melodic, gothic atmosphere and death/black vocals are put together to create their music. The vocals of Johannes Anderson gave the necessary dark tone in the songs while they guitar parts of Adam Zaars and Jonathan Hulten were absolutely amazing. The last one was the highlight of their performance with his clothes, his huge guitar and his one-of-a-kind stage performance with ballet like moves, but without missing a single note. As long as they write songs like “In The Dreams Of The Dead”, “The Lament” and “Strange Gateways Beckon”, they have nothing to fear. No doubt, if the Swedes continue like that their name will keep getting bigger and bigger.

Setlist: Lady Death, Melancholia, In The Dreams Of The Dead, Randa, Ultra Silvam, Nightbound, The Lament, Strange Gateways Beckon, The Motherhood Of G 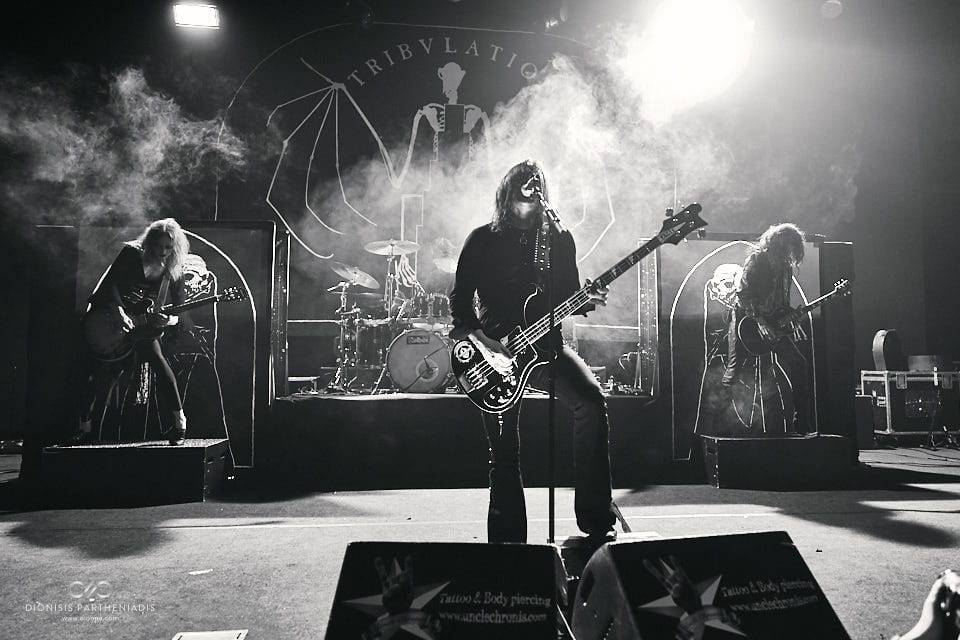 I was feeling that time has frozen until the light went out and the first melodies from “Winter’s Gate” filled the venue. After that, the journey begun. Insomnium played their entire new album-song with ease. The forty minutes of its length wasn’t hard for them, as they performed it flawlessly. A bold move that rewarded them, as it became their most successful album and they do one tour after another. The band was in great shape with Niilo Sevanen being the ideal frontman with his characteristic voice. Markus Hirvonen was like a rock behind the drums and in great mood was the guitar duo of Markus Vanhala and Jani Liimatainen (ex-Sonata Arctica) and they were showing it by teasing constantly one another on stage. Jani was filling for Ville Friman, who once more didn’t participate in a tour, and did a great job in his guitar parts and clean vocals. 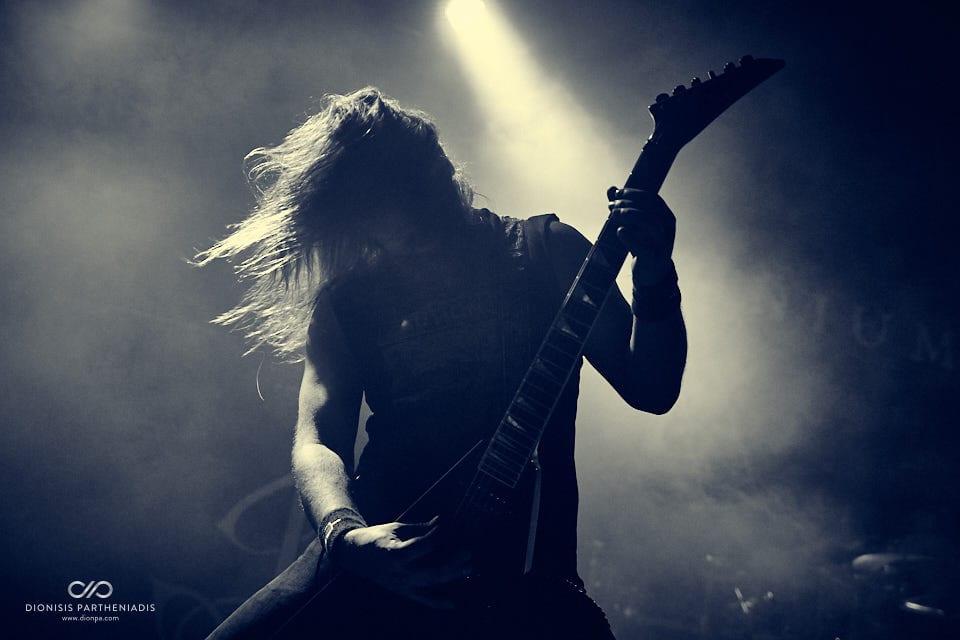 After “Winter’s Gate”, the songs that followed raised the bar even higher. “Down With The Sun”, “Ephemeral” and “Only One Who Waits” were the top moments if I could pick any. Of course, we wanted to hear much more, but when half of the set is “Winter’s Gate” there isn’t much left to do. But there is no need to nag, the guys from Finland did a great show and satisfied all of their fans. With a better sound their performance would have reached perfection. 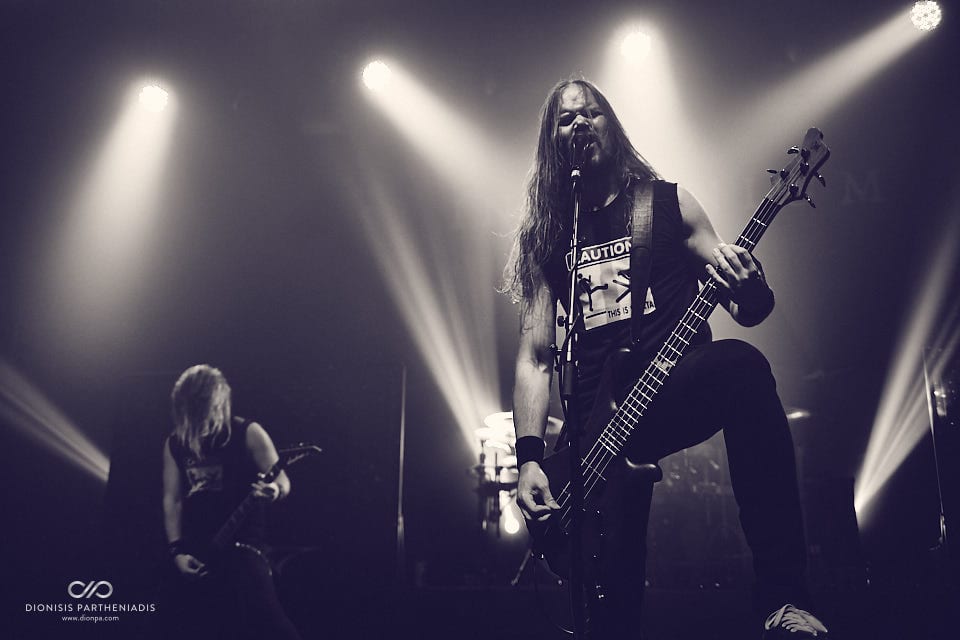 Insomnium gave all they had, Tribulation showed that they are something more than just a support band and Piraeus Academy once more proved ideal place for a live show. I hope that we will see both of them soon. One Life. One Chance. All Ephemeral.

Setlist: Winter’s Gate, The Primeval Dark, While We Sleep, Mortal Share, Down With The Sun, Weather The Storm, Ephemeral, The Promethean Song, Only One Who Waits