One year ago, we did an article in which every editor chose a band that never played live in Greece before and wished to finally come here. As it happens, I am the first (if I’m not mistaken) whose wish came true (Dolas will have to wait for Volbeat until Rockwave festival) and the opportunity to speak with the founder, composer, lyricist, bassist and lead singer of the mighty Insomnium couldn’t be wasted. Here are most parts of an enjoyable discussion. Interview: George Terzakis 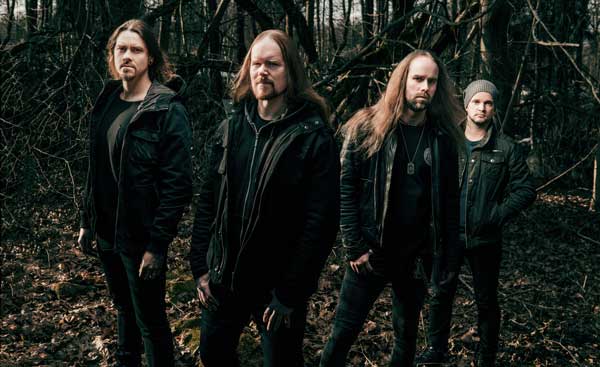 Rockpages.gr: Hi there Niilo. How’s everything in the universe of Insomnium?

Niilo Sevanen: Everything is great, we are about to start the next tour for “Winter’s Gate”. We will be touring Europe until mid-April. We will of course visit Greece for the first time. it’s strange that we’ve never before played there. It’s one of the last countries that we wanted to visit.

Rockpages.gr: Yes, you were about to come in 2015 but the tour was cancelled due to a family issue that you had. I hope that everything is OK now.

Niilo Sevanen: Yes, everything is fine now, thank you. We are expecting this week some final results that hopefully will make us leave this behind us for good.

Rockpages.gr: Perfect. Were there any actions in the past to bring you here?

Niilo Sevanen: Maybe there were some discussions, but nothing more. The closer we got was in 2015.

Rockpages.gr: What were the reactions for “Winter’s Gate”? is this your most successful album?

Niilo Sevanen: The reception was great. We took fantastic reviews from everywhere. It’s definitely the most successful album, as it was No1 in our country, Top-20 in Germany and we entered Billboard in the United States. Our fans also loved it. 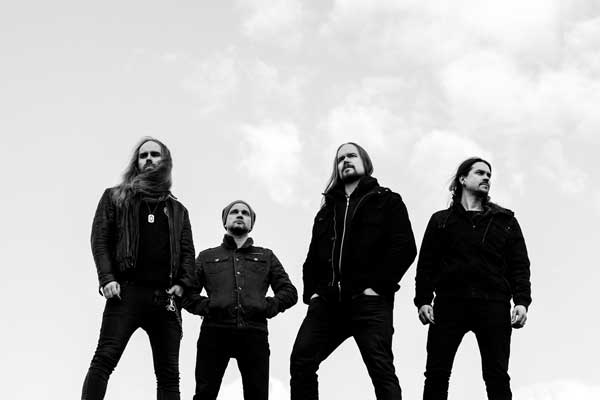 Rockpages.gr: It was a bold move to release something like that, especially with the situation that the music industry is these days. What were the reactions of Century Media when you announced it to them?

Niilo Sevanen: They didn’t have a problem with that at all. We presented them our plan, about the music and the story and they supported us from the beginning.

Rockpages.gr: Why the lyrics were based to an old story that you’ve written?

Niilo Sevanen: When we decided to do it, we thought that the lyrics must be something special. I wrote a story ten years ago and it seem a good opportunity to use it.

Rockpages.gr: You were inspired by Edge Of Sanity’s “Crimson”, right? Was it something that you had in mind for a while or it came suddenly?

Niilo Sevanen: Yes, we all like “Crimson” and Edge Of Sanity in general. One day while rehearsing, we played the album and just thought to do something similar. We didn’t want in any way to copy them, but to pay tribute to them. In the end, we were lucky because Dan Swano did the mixing and mastering of “Winter’s Gate”.

Rockpages.gr: Did you use any old music for the album? Was this the most difficult composition process compared to the other ones before?

Niilo Sevanen: All the music was written from scratch. At first we thought it would be very difficult, because we didn’t know exactly what to do. We started slowly but eventually the rest of it came naturally. So in the end it wasn’t so difficult compared to the past after all 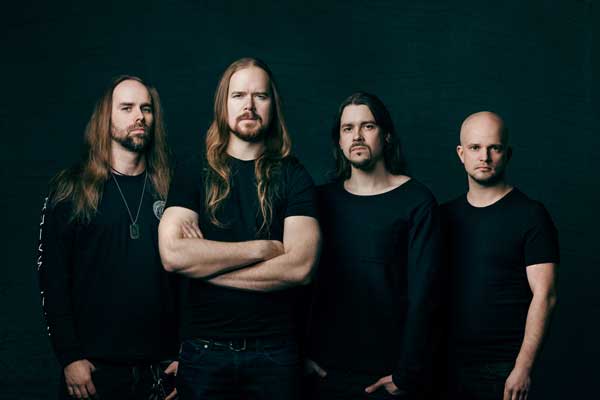 Niilo Sevanen: For the next album no, but no one knows what will happen in the future.

Rockpages.gr: What should we expect from your shows in Greece?

Niilo Sevanen: We will perform the entire new album and we will give all we have on stage, as we always do. No matter how many people will be, it’s our first show there so we will reward the fans who will come to see us.

Rockpages.gr: Will there be any surprises?

Niilo Sevanen: Of course, but I can’t tell you more. We have the convenience as headliners to play a lengthy set, so we will include songs maybe from all our records. 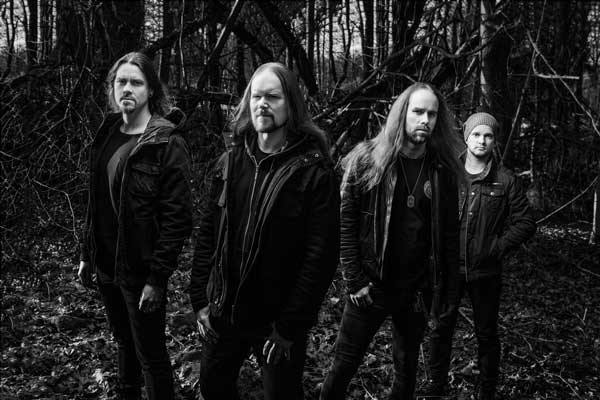 Rockpages.gr: I will take you many years back now. Before Insomnium’s debut album, you released with Watch Me Fall the magnificent “Worn”. Were there any thoughts to reform the band?

Niilo Sevanen: No, because after they split up Ville Vanni came to Insomnium. He was very happy with what we did and he never wanted anything different. Neither I felt the need to do something like that.

Rockpages.gr: If you could turn back time, would you do anything different in any album?

Niilo Sevanen: I don’t think so, whatever we did one way or another brought us here. Even our mistakes, helped us built our character and personality as a band.
Rockpages.gr: Last year, Insomnium celebrated twenty years of history. What were your expectations back then?

Niilo Sevanen: When we started we were 16-17 years old. We just wrote a demo and wanted to release an album. After that, we wanted to play live, then release another one, then play outside of Finland. You know, things escalated. We didn’t have long-term plans, we went step by step.

Rockpages.gr: Future plans after the end of the European tour?

Niilo Sevanen: After this tour, we will go to another one in North America and Canada, a couple of shows in summer festivals and then we will start working on our next album.

Rockpages.gr: Is there any material ready?

Niilo Sevanen: We have written four songs so far, but they are in an early demo form. They still need to be worked on. We now know what we want and how to do it so we will not rush it. We’ll work for the best possible result.

Rockpages.gr: Niilo, thank you for your time. You have the last words.

Niilo Sevanen: Thanks to everyone for their support all these years and we are waiting for the Greek fans to come and enjoy the show. 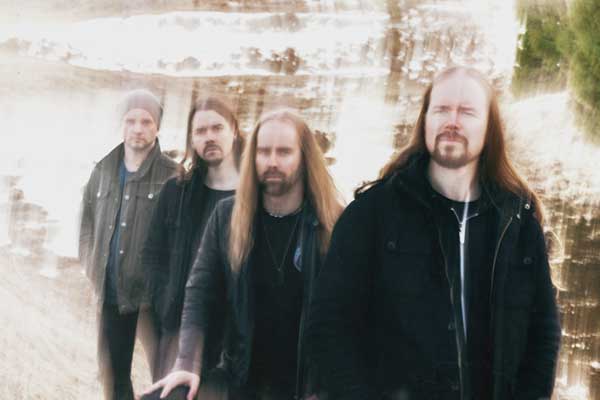