With Sanctuary coming back to Greece for another show in Athens, Romanos Terzis dusts off “Into The Mirror Black”… 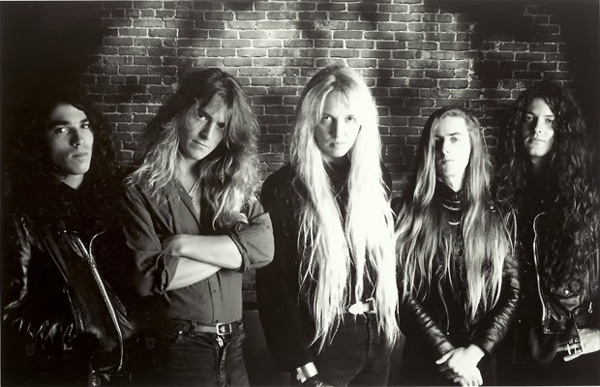 The signs already apparent in ‘Refuge Denied’, that easily overpassed the ‘good first effort’ category thanks to some of the badass songs contained within. Sanctuary’s debut came out in 1988, produced by Dave Mustaine. However, although the Megadeth leader’s involvement was beneficial for the group in terms of hype, it didn’t have as positive results in terms of the sound. It seems that the cash given for the recordings probably financed Mustaine’s addictions. It is precisely this ‘injustice’ after all, that this year’s ‘Inception’ came to make right.

In ‘Into the Mirror Black’ the sound is only one of the things that have been improved. The progress in terms of songwriting is evident, and the album has this ‘vibe’, this unidentifiable element that makes some works of art stand out. Maybe, the fact that this was Sanctuary’s last album for so many years, this strong final impression, contributed to the legendary status it has since acquired. 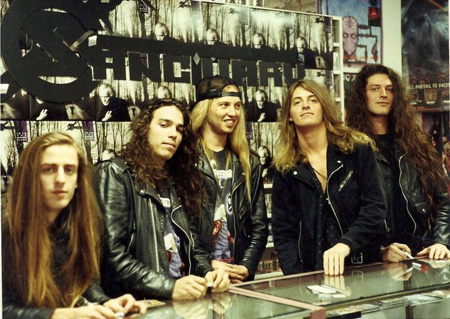 Musically, songs such as ‘Future Tense’ and ‘Taste Revenge’ tell the story of the US Metal sound, but the record also has strong atmospheric moments, like ‘Eden Lies Obscured’ and ‘The Mirror Black’, that give us a glimpse into the future and the more heavily emotional performances that Warrel Dane would give in Nevermore.

Dane’s lyrics are perhaps not mentioned as often as his vocal capabilities, but they are always interesting. His prophetic, socio-political commentary on ‘Future Tense’ seems more timely than ever, his cynical/realistic worldview was already in place, and humanity seems to perpetually be ‘on the edge of an age’…

“Into The Mirror Black” was relased from Epic in 1990