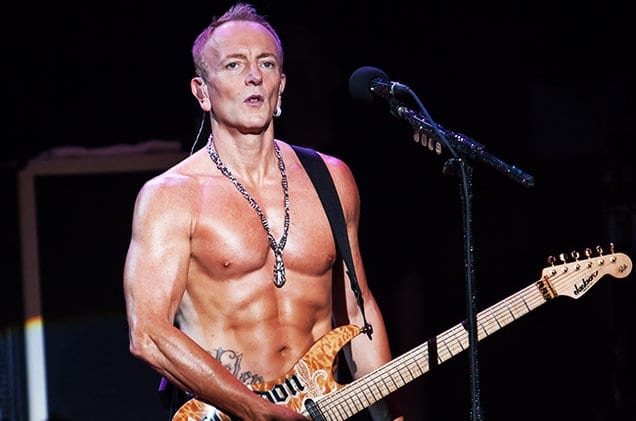 DEF LEPPARD guitarist Phil Collen says that Angus Young should resist the urge to make a new AC/DC album with Axl Rose, insisting that the legendary hard rock band “has lots its integrity” through its recent lineup changes.
Asked in a recent interview with Forrest of the Boise radio station 96.9 The Eagle if Angus should record a new AC/DC album with Axl, Phil said: “No. I’m a huge AC/DC fan, and if the whole band’s left or gone… Malcolm dead, obviously. Brian Johnson got kicked out. Cliff Williams retired and Phil Rudd got arrested. You’ve got one person [left], so it’s not really AC/DC. Maybe call it ‘A, WITH AXL ROSE.’ It kind of loses its appeal. It becomes karaoke; it becomes something else, and it’s lost its integrity, really.”