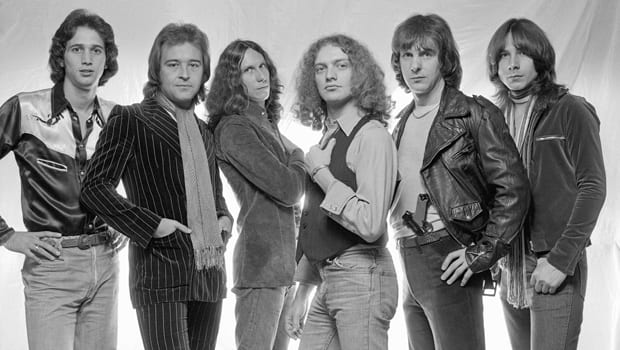 After initially contesting reports that he had been invited to reunite with Foreigner on their upcoming 40th anniversary tour, singer Lou Gramm says he and his fellow surviving founding bandmates will indeed rejoin the group’s current lineup “for a song or two” at an as-yet undetermined show.
“After 24 hours of some crossed wires and miscommunication, I can confirm that I and the rest of the original band have been invited to join Foreigner for a song or two at any show during this 40th anniversary year,” Gramm explained on Twitter. “[Drummer] Dennis Elliot and [bassist] Rick Wills will be in St. Augustine, FL on 2/24. [multi-instrumentalist] Ian McDonald, [keyboardist] Al Greenwood and I will perform on a date yet to be determined.”