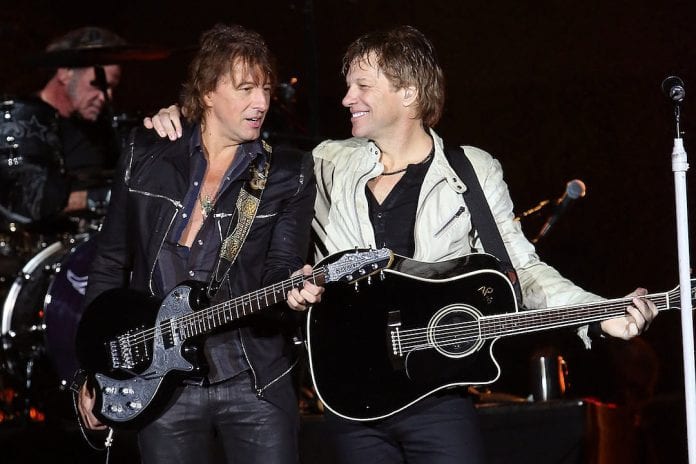 Probably the biggest question regarding next April’s Rock and Roll Hall of Fame induction ceremony has been answered quickly. Richie Sambora, who walked away from Bon Jovi in 2013, has confirmed that he will play with the band during the evening’s festivities.
“It’s the Rock and Roll Hall of Fame — it’ll be a joyous occasion,” Sambora told Billboard. “I was there for 31 years and we sold 150 million records or something and we put a lot of asses in seats in stadiums around the world and made a lot of people happy. I did so many different jobs in that band, so, yeah, I’m showing up for that. Everybody should have a smile on their face and a smile in their hearts and it should be a celebration of what we did.”