Janet Gardner has every reason to be happy nowadays. She is about to release her first ever solo album with the precious help of her husband, Justin James, while at the same time they are both getting ready to embark on a US tour for the promotion of the album. They were both kind enough to share some of their valuable time and give us some details about the album, the tour, the past, the present and the future! Interview: Sakis Nikas 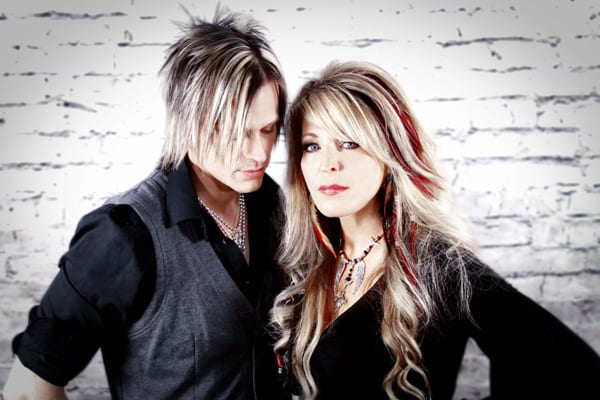 Rockpages.gr: Janet, I guess the first question is quite obvious…why did you decide to record your first solo album now, after all these years?

Janet Gardner: It just happened really…together with Justin we set up our home studio and we started playing around, exchanging ideas…we wrote a few songs and then we saw that we were really coming up with something special. The album was completed before we knew it. In the past I have worked with other people but this time, with Justin, it’s really important to me. Actually, it’s the best thing that I’ve done in ages. So, in answer to your question, I just knew that it was the right time to do it. 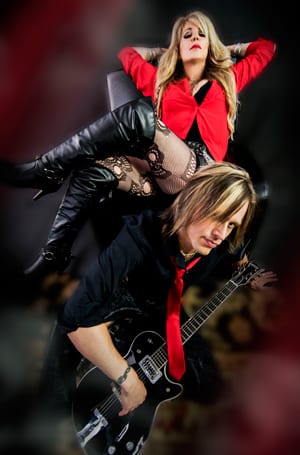 Rockpages.gr: When did this whole thing start?

Justin James: Believe it or not, it started this year…in January. So, it all came together really really fast.
Rockpages.gr: Janet, did it feel any different working on your own compared to your previous recording experience with Vixen?

Janet Gardner: Well, it’s quite a bit different obviously due to my personal relationship with Justin but also due to the fact that we are only two people that made the decisions. We were only two people that we had to agree upon certain things. So that was the main difference compared to the other records that I did with Vixen. Also, we were able to move things quickly that’s why the record was completed so fast. On the one hand, it’s great that we finished the album so quickly but also I must say that it’s also great when there are other people on the band adding something to the album. This time was faster and it felt great to create something with your life partner.

Rockpages.gr: How important was Justin’s input on the album?

Janet Gardner: The whole album is 50-50…this is a true collaboration. A lot of songs started with Justin playing guitar…coming up with a riff. So we worked on the album together and you can say that it’s truly a 50%-50% partnership.

Rockpages.gr: Is it safe to say that Justin added the modern side to the album? I mean, the album is definitely modern hard rock…I guess, we can all agree on that, right?

Janet Gardner: Yes, I agree on that. It has a lot of elements…some of the songs are more traditional rock than the others; they are more basic. The production is definitely modern but all in all, I guess it’s pretty straight ahead rock. We are both responsible of the sound on the album. Justin, definitely, is responsible of the overall guitar sound. He experimented with various guitar sounds and came up with some very interesting stuff. The rest of the production stuff, like the loops…we both came up with those. We experimented and we wanted to see if it fitted with the song. If it sounded great, we kept it…if not, we left it out.

Rockpages.gr: Justin, speaking of the guitar sounds, which are your main influences?

Justin James: I am a huge fan of John Sykes, Gary Moore, Ace Frehley but recently I discovered, also DJ Ashba who is a great guitarist who comes with some cool stuff and he is not afraid to experiment and think outside the box.

Rockpages.gr: My favorite song on the album is “Your Problem Now”…I believe that it captures the essence of the album. What’s your opinion? 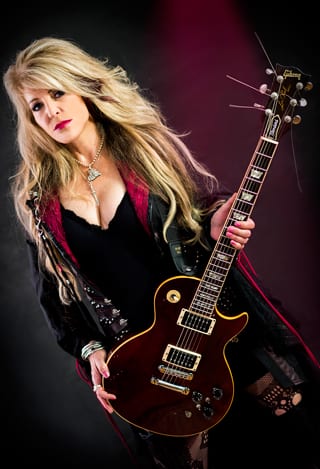 Janet Gardner: Cool! It’s funny you mention that song because we had finished the album and there was one song that it didn’t really fit in there. So, we thought that we needed one more song for the album. “Your Problem Now” was that song! Justin started with the riff and then the whole song was written by both of us quite quickly. When we finished that song, we looked at each other and said: “now we are done…now the album is finished”!

Justin James: That was the glue of the album.

Justin James: Thank you! We are glad that you like it.

Rockpages.gr: My second favorite song on the album is “If You Want Me”. How about that one?

Justin James: That’s funny because you went to the opposite side of the spectrum. That was the very first song that we did together and actually started this whole thing.

Janet Gardner: I think for me that’s still my favorite song. This was our first song and when we finished it we were really happy and then again we weren’t sure…we were thinking at the time: “maybe, we had just one great song and that will be the end of it”. But luckily we kept going. But yeah…“If You Want Me” lit the spark for the album!

Rockpages.gr: From a lyrical standpoint, is there any song on the album that has a special place in your heart?

Janet Gardner: The song “Candle” for me is really heartfelt. I wrote that about my parents. They both passed away within a gap of two years from each other. I was with my dad when he took his last breath and the emotional impact of that…I still feel it to this day. So that song, even though it was hard to put into words, means a lot to me.

Rockpages.gr: I wrote in my review that the album is diverse and it sounds like a bridge that connects the 80s with the 90s. What’s your point of view on the musical style of the album?

Janet Gardner: I think it’s pretty accurate because our roots go back to the 70s up to the 80s and the 90s. I must tell you that we both loved some of the 90s bands. In the 80s everything was about fun and all we wanted to do is have a great time. But I must tell you that as an artist I love the depth that came in the 90s with the lyrics and the overall darker mood of the albums. I guess you can say that we love both eras…the best of both worlds. We definitely combine those two elements that’s why there is some diversity on the album.

Rockpages.gr: The album is modern sounding. Did you have any worries regarding the reaction of the old school Vixen fans? 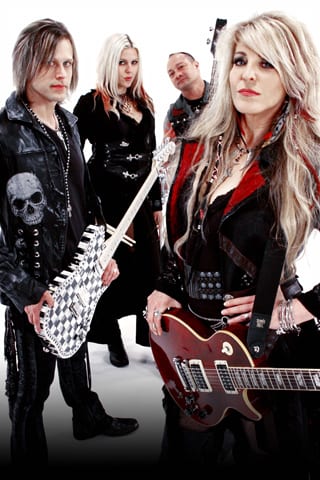 Janet Gardner: Well, it’s not a Vixen album…it’s me and Justin. So I hope that they won’t think that it’s that different. Naturally, it doesn’t sound like Vixen. But I must say that there is a lot of stuff on that album that I truly believe that the Vixen fans will appreciate. I still have some of the 80s anthemic choruses in there so I guess they should all give it a chance and listen to it. I am sure they will find things they will love.

Rockpages.gr: Although it’s premature, is there any thought of doing a second album together?

Janet Gardner: We can’t help ourselves. We are still creating things; we still have a few ideas ready to go. So, we are gonna tour a little bit in the States and play these songs to our fans and then I am sure when we get back we will start all over again (laughs). We loved the whole experience and it was so satisfying for both of us that we will definitely do some more.

Justin James: Apart from the States, we are working on coming overseas.

Janet Gardner: I have never been to Greece. I want to come so bad…

Justin James: Me too (laughs)!

Janet Gardner: Vixen was supposed to a couple of shows in Greece but unfortunately that never happened…I remember it was either with Deep Purple or Scorpions. I am not sure…somehow it didn’t work out and we were so disappointed. We love Greece!

Rockpages.gr: Justin, if you had to pinpoint just one guitar solo that you’d loved to have done yourself, which one would that be?

Justin James: Oh, that’s tough because there are so many great ones. But one that stands out is definitely “Still of the Night” by Whitesnake. It’s the essential guitar solo. It’s catchy, it’s energetic, it’s emotional…it’s inspired. I love it!

Rockpages.gr: And how about you, Janet…your favorite vocal performance from a female or male artist?

Janet Gardner: Oh…that’s a tough one, too! I would probably have to go with a Heart song. Maybe, I’d go with “Barracuda” but I also love some of their slower and more emotional songs. Ann Wilson is one of a kind! 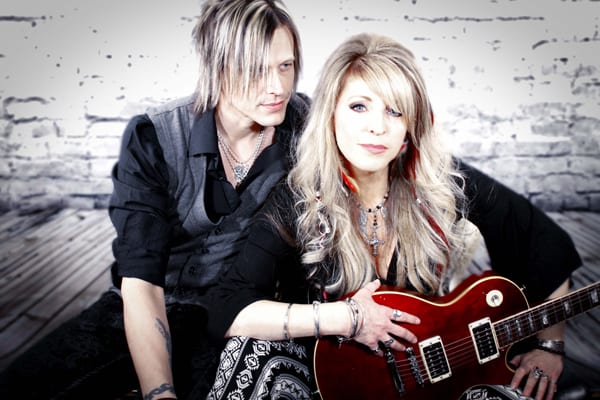