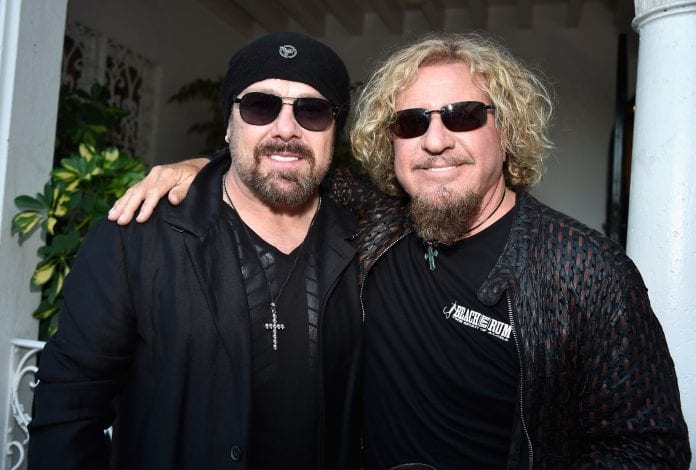 Sammy Hagar says that his THE CIRCLE bandmate Jason Bonham doesn’t want him to reunite with VAN HALEN because the drummer is getting paid good money to tour with the Red Rocker.
During a brand new interview with the Tampa Bay Times, Hagar said that he did not hear from VAN HALEN guitarist Eddie Van Halen and drummer Alex Van Halen when he celebrated his 70th birthday last month. “Oh, hell no, man,” he said. “If you want to go into those waters right now, I can just say that it pretty much confirms it when [former VAN HALEN bassist] Mikey’s [Anthony] grandson died [in April, from a heart defect] — a brand-new baby died — and they didn’t reach out to him. And my 70th birthday, they didn’t reach out to say happy birthday. Yeah. Pretty much says it all.”
According to Hagar, Bonham, the son of late LED ZEPPELIN drummer John Bonham, has not offered to assist in mending fences between Sammy and his former bandmates.
“Jason makes more money with me playing 20 shows a year as he does with his own band in 100 shows a year, and he’s happy about it,” Hagar said. “So I don’t think he wants to see a VAN HALEN reunion.”