Jay Messina is an engineer who has linked his name with some of the biggest rock albums of the 70s (and not only) and with such names as Aerosmith, KISS, Alice Cooper, Lou Reed, Cheap Trick etc. Just one look at his official website and the artists that he collaborated with and you will feel like taking a look at a small Rock N’ Roll Hall of Fame. Recently, Jay Messina was in Greece for vacations and Rockpages was there for yet another exclusive feature…Watch the video and read the interview below…

Interview: Sakis Nikas, Yiannis Dolas
Special thanks to Christos Stamelos for his help, and Park Hotel for its hospitality

Rockpages.gr: Jay, when was the first time that you worked professionally in a studio?

Jay Messina: I’d say probably in the middle 60s…my first studio job was at a place called Don Elliott Productions and I got that job because the night before I was hanging out with a friend of mine and he was in the (music) business; he was Don Elliott’s cousin. He was a jiggle writer, he used to write commercials and he was the engineer for Don…so, he wanted to have more time to write, so he could do more musical stuff…he asked if I would be interested…if I wanted to be an engineer. I had no idea what that was…he said: “It’s a lot of fun, you will have a good time…I can only pay you 25 Dollars a week just enough to eat but…it’s fun”! Something told me to do it and so I took this job and was surprised to see that Don had Les Paul’s 8-track, one-inch 8-track machine. They were only five in the world at that time.

Rockpages.gr:…that was in New York?

Rockpages.gr: Does this studio still exist? 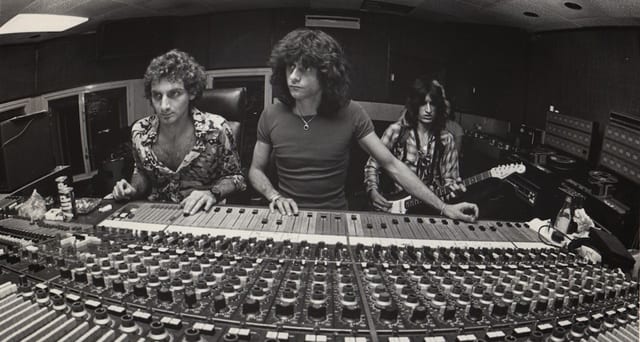 Rockpages.gr: Has your perspective over music changed when you became a professional engineer in the business?

Jay Messina: I guess the biggest change that I see is…a lot of the music that I work on now, that I am involved with now is that I don’t always see any real players…real people playing. That’s the biggest thing that I miss from when I first got started in recording…I would do maybe three different sessions in one day and in all three different projects, a band would come in and then another one…now, a lot of stuff is already pre-recorded, synthesized sounds…I miss that human element in the music today.

Rockpages.gr: Let’s go into the KISS chapter in the 70s. How did you end up collaborating with these guys?

Jay Messina: Bob Ezrin, whom I knew from…probably some other projects that I worked with in the studio…Alice Cooper being one and Lou Reed, had the opportunity to do “Destroyer” and since we were friends, he thought I was appropriate for that project…that’s how I got involved.

Rockpages.gr: Describe to us the atmosphere in the studio with Bob Ezrin during the recording sessions of “Destroyer”…

Jay Messina: It was interesting because Bob is a huge musical talent, a very accomplished musician…a kinda dominating person. I don’t think the band (members), especially Gene and Paul, were used to that. So, it was kind of fun…and actually an interesting thing happened…they were doing a “take” and somebody made a mistake and the band just stopped. Bob gets on the “talk back” and says: “Don’t you ever stop a “take” unless I tell you”! Gene and Paul…especially…were looking at each other like “who is this guy?”. Peter and Ace, you know, they kinda rolled with it. So, that became the joke of the album!

Rockpages.gr: You had the chance to work again with KISS for the making of “Dynasty” and “Unmasked”. How different was it working with Vini Poncia in comparison with Bob Ezrin?

Jay Messina: Vini…I think…took them more on a melodic, musical journey. He got involved in more vocal harmonies…Bob’s approach was more hardcore rock n’ roll…he focused on that rawness. (Destroyer) was well-produced; complex…it was a big production, the whole record. But, it still has that raw, rock n’ roll approach. I think Vini was more musical, more lyrical. 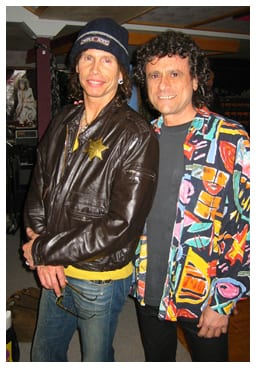 Rockpages.gr: You have also done all the famous, classic Aerosmith records from the 70s. I am sure you have many many stories to share with us…would you care sharing just one with our readers and viewers?

Jay Messina: I guess the first thing…well, one is…Steven (Tyler) didn’t always have lyrics ready. Lots of times he was writing lyrics in the studio. Sometimes we would take a break and Jack Douglas, the producer, and Steven would take a walk on 8th Avenue…at that time period, at that location you would pass drug dealers, lots of strange characters out in the street. There was lots of material for lyrics, just by taking a walk…just by hearing the talk, the buzz on the street. So, one day there weren’t many people out there…it was Sunday…Jack said: “Let’s take a break and go to the movies”. At that time “Young Frankenstein” was playing and since no one had seen it, we all went to see it. And there is a scene in there where Marty Feldman says to Gene Wilder: “Walk This Way” and he gives him his cane…“no, walk this way”…everybody cracked up…it was very funny. So, we went back to the studio and Jack carried the joke further, kept it going and saying “walk this way, walk this way…”. Then Steven said: “That’s it, that’s it”! It gave him the incentive and the inspiration to write the lyrics for “Walk This Way”. So, that’s the story behind that record.

Rockpages.gr: You mentioned Jack Douglas…how important was Jack Douglas in the shaping of the Aerosmith sound?

Jay Messina: Jack would always get very involved musically in all the projects that I’ve worked with him on. He’ d get into the studio…and the reason we worked so well together is –besides us becoming good friends over the years- (that) he would trust me to do what I had to do, so he felt comfortable going into the studio and working with the band. He is a pretty good bass and guitar player…he comes from a musical background. He can pick the guitar and say: “why don’t you try this and that…”. He can express himself musically. He’d be in the studio lots of times and I’d be in the control room…so, he was very important to them (Aerosmith) and to any other people that we worked with.

Rockpages.gr: Many people don’t know that you had played on “Sweet Emotion”. Would you like to tell us a little bit about that?

Jay Messina: Sure. I am glad you asked that because that was a fun experience for me. We had finished the track of “Sweet Emotion” and they were all gone and we were mixing and the bass part right in the intro and then right after the first chorus didn’t have that certain punch to it, (it was) just missing some definition on the notes. Jack knew I used to play vibes and he says “what about if you’d play marimba and double the bass”? I said “great, but it would be better if I’d play bass marimba…it’d mass the bass sound a little better”. So that’s what we did…we went through bass marimba and after a few takes, I doubled the bass lines and…it was great. It really was…it added a little “attack” to the bass! Funny thing was (when) the next time I saw Tom Hamilton, who was a co-writer to that song, he had an early listen to the song and he love it so much, he gave me a big hug and just added to the whole thrill of it (for me). It’s just great…every time I listen to it on the radio there is always an extra thrill knowing that I played on it. It was fun.
Rockpages.gr: Lately there has been some controversy…turmoil in the relationship of Steven Tyler and Joe Perry. There are strong personalities but are they really different personalities, too?
Jay Messina: Different personalities…but they are all friends. To be honest, I don’t know any of the details of that controversy that might be going on now. You know…just like any relationship, it would go through periods…not so good. Maybe, it’s just a little period that they are going through. I’ve seen it over the years and whatever the difference is…I think that makes them such a great band. It is that combination that makes that magic.

Rockpages.gr: Jay, you are an experienced engineer who has worked with many bands over the years. In your opinion, why we are not getting any more huge, timeless productions and we are getting those flat, almost plastic productions of the so called technology era?

Jay Messina: Well, a lot of that comes from the technology. I think a lot of people work for the technology rather than using the technology for them. By that I mean that, as a singer knows he doesn’t have to sing in tune because he could fix it later or you can fix just about anything now. So, the musicianship doesn’t have to be what it was and so that enforces the productions to be more and more synthesized. That shows in the final product. When you take away the element of the real musicians playing there is a certain synthetic quality that you get…even though the samples that you use are cued from real instruments, it’s not the same as having real people playing them. I recently had a conversation with a good friend of mine who is an excellent guitar player…he was asking me that same question. He just got into using computer in the studio. He said to me: “how come it sounds so plastic”? I told him the same thing. It’s not the same as having real musicians playing. 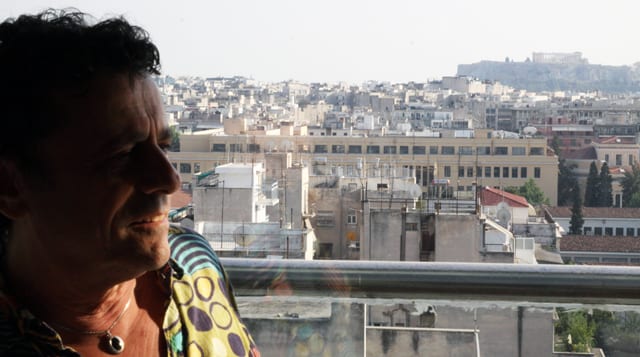