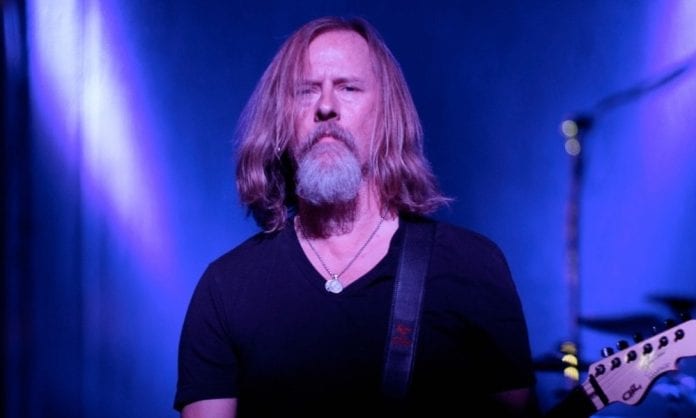 ALICE IN CHAINS released a new single and video titled “The One You Know” on Friday morning (May 4). The track is the first new music issued from ALICE IN CHAINS’ upcoming sixth full-length studio LP, which is due out later this year and will follow up 2013’s “The Devil Put Dinosaurs Here”.
Guitarist and singer Jerry Cantrell told SiriusXM about “The One You Know”: “It’s really aggressive. It’s got a super-aggro riff. I was thinking kind of [David] Bowie when I was writing it, a little bit, so it’s got kind of a metal ‘Fame’ shuffle to it, kind of almost. It’s a good aggro riff and it’s got the classic ALICE IN CHAINS chorus, with a weird kind of trippy middle part.”