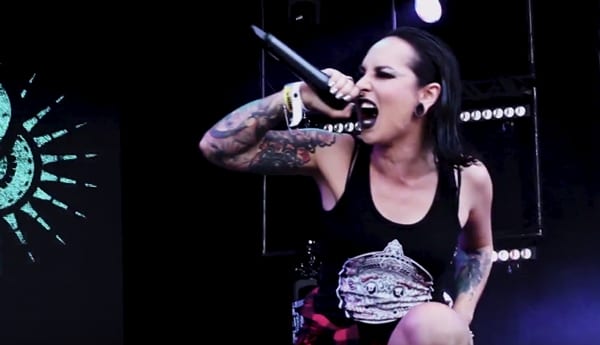 Ukranians Jinjer released a new video for their song “Who Is Gonna Be The One” recorded live at the Atlas Weekend Festival in their home country. “We’ve spent the better part of two years touring our butts off but it’s always something special for us when we play the Ukraine. The spirit and intensity of our fans and friends there are a much welcomed reminder of what Jinjer is about and where we come from. We were lucky enough to catch one of those moments at the Atlas Weekend Festival 2017. This live video of ‘Who Is Gonna Be The One’ is a revamped version with a different arrangement. Consider this is our way of saying thank you to our supporters back home as well as abroad!”

Jinjer are already looking forward to their upcoming tour supporting the mighty Arch Enemy: “We are literally counting the days until this tour starts! It’s everything that we’ve been working up to for the past few years: bigger venues, bigger crowds and smashing the stage every night with the likes of a heavy metal giant like Arch Enemy. This tour will be one for the record books for sure!”