They impressed us on their first show ever in Athens and the second in Thessaloniki during their recefnt tour with Arch Enemy. Ukraine’s Jinjer were pretty good on stage, while they had fans in the audience that were very supportive throughout their show. Actually, when the concert was over several of them met the band’s members at the bar, greeted them, took photos and gave them stuff to sign. Jinjer called themselves fans of Greece and a few hours later at the break of dawn were off sightseeing. Interview: Yiannis Dolas 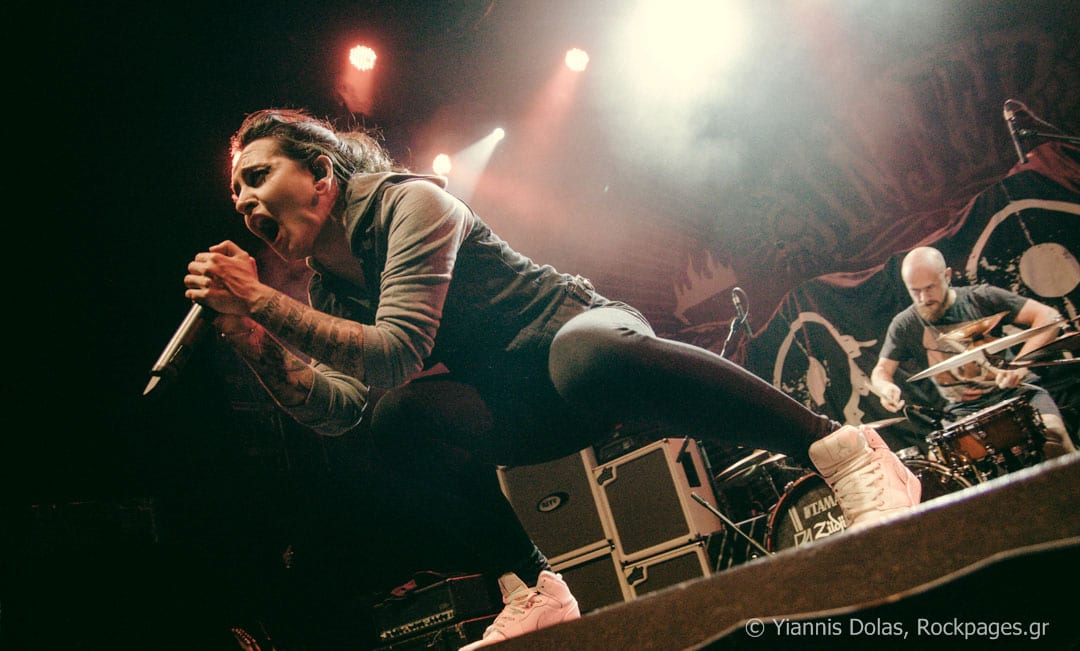 Rockpages.gr: How was the tour with Arch Enemy?

Eugene Abdukhanov: It was just awesome. I cannot even pick a single negative aspect. Arch Enemy and their crew took us so warmly, I believe every band can dream of such a hospitable and open headliner as them.

Rockpages.gr: What’s the biggest challenge for the support act in a tour? What did you gain from that?

Eugene Abdukhanov: Well, it is hard for me to think of any challenges on the last tour, because there barely were any. Not only Arch Enemy were cool with us, but also the crowds everywhere accepted us in a very very good way.

Rockpages.gr: Have you started working on new material yet? If yes, how does it sound? Do you have something to tell us about it? Any plans for a release?

Eugene Abdukhanov: Yes, we are working on new songs. It will be different… as for a release – expect it in the end of 2018 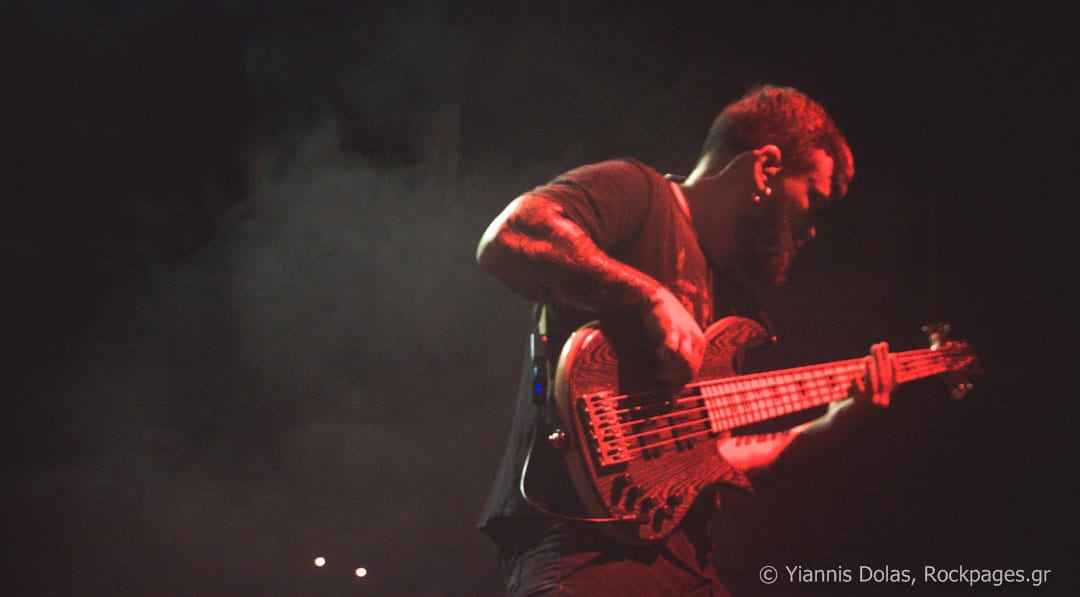 Rockpages.gr: Jinjer evolves album-by-album. On “King Of Everything” Tatyana sings with more clean vocals. Is this the way to go for the future?

Eugene Abdukhanov: Evolution is a part of our creed. But I cannot agree that T sang more on KOF than on Cloud Factory…. Maybe a bit. At the same time, on the nest record there will be significantly more singing than growling.

Rockpages.gr: You combine powerful grooves with technical stuff, what are your influences that shape your sound?

Eugene Abdukhanov: Oh, there are dozens, from Pantera to Animals as Leaders, from Pink to Chic Corea

Rockpages.gr: How does having a girl fronting the band works for you? Is the sexy look and attitude a “weapon” you would think of taking advantage of?

Eugene Abdukhanov: Ah, it is sometimes a bad side effect, because in the world of serious music people might consider you not serious because of that. But in general, we never put too much accent on our look or T’s look to promote the band in contrast to some other bands!!! You will never see a naked T, barely wearing anything, on our posters or vides, no shit like that. 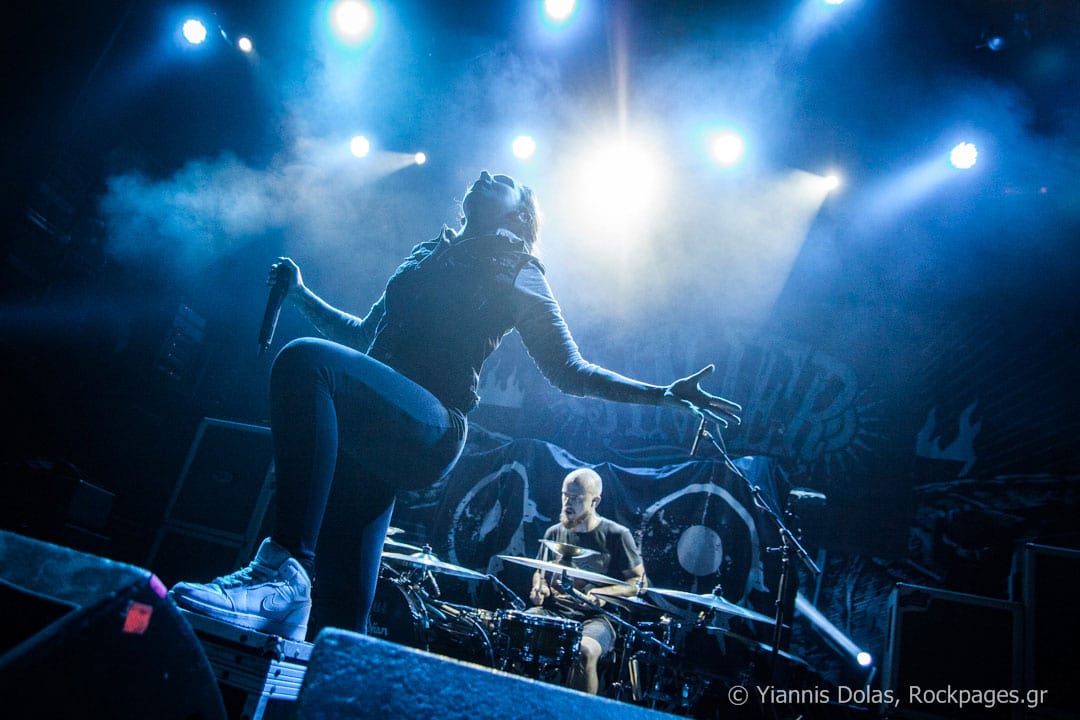 Eugene Abdukhanov: In the modern world they all are closely connect and same important. You cannot have real ones without the others.

Rockpages.gr: A band nowadays has to play by different rules that keep changing, is this a challenge for you?

Eugene Abdukhanov: No, fortunately for us we started when the rules were already set… so we didn’t need to adapt to a new game, we already knew it

Rockpages.gr: What is your wildest dream for Jinjer?

Eugene Abdukhanov: JINJER in big letters in the top of a poster for Knot Fest. 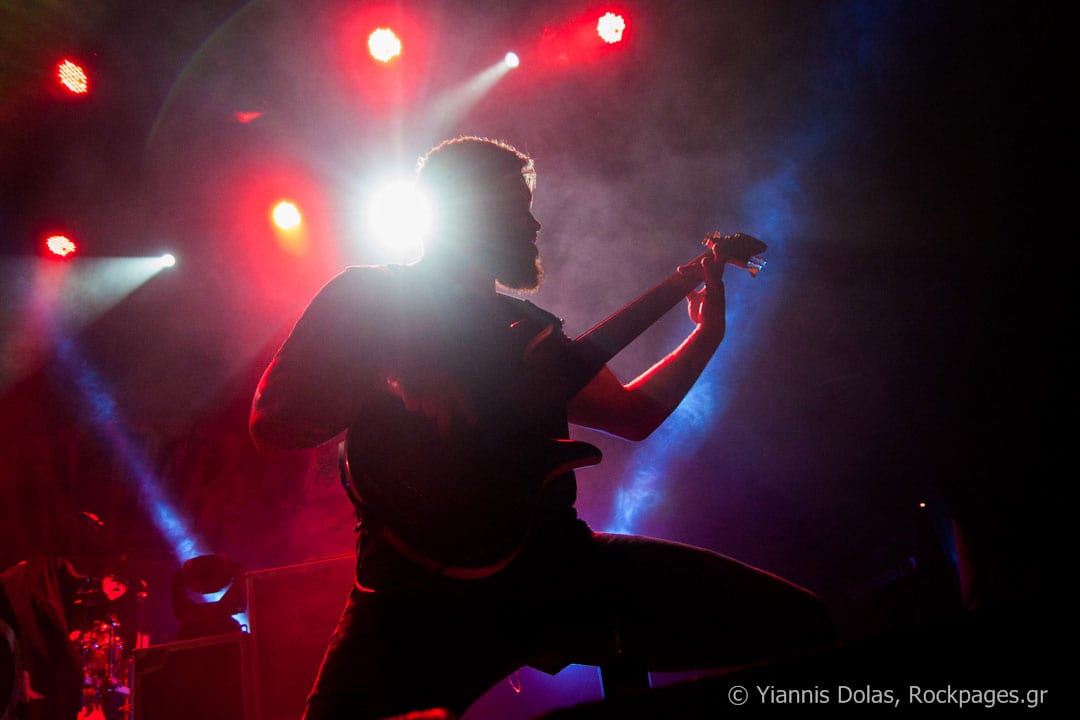 Rockpages.gr: Being an up and coming band with three albums already, what advice would you give to other new bands?

Eugene Abdukhanov: Play music and get good instruments, then make tattoos and buy fashionable clothes… and play hundreds of shows, everywhere you can reach

Rockpages.gr: How is the rock and metal scene in Ukraine? What are the most popular bands? How does the audience react to extreme metal? Do Ukrainians support Ukraine bands?

Eugene Abdukhanov: The scene is weak, but we have great bands. Check out Space of Variations, Psyonik Arc, Megamass, Sinoptik, they all kick ass. But there are not enough extreme metal fans unfortunately, our bands just don’t have enough support inside the country to survive.

Rockpages.gr: Have you listened to any Greek metal bands?

Eugene Abdukhanov: Of course, I love Septic Flesh. And of course huge respect to Rotting Christ

Rockpages.gr: What were your impressions from the Greek audience and Greece?

Eugene Abdukhanov: We loved them! Can’t wait until we come back again 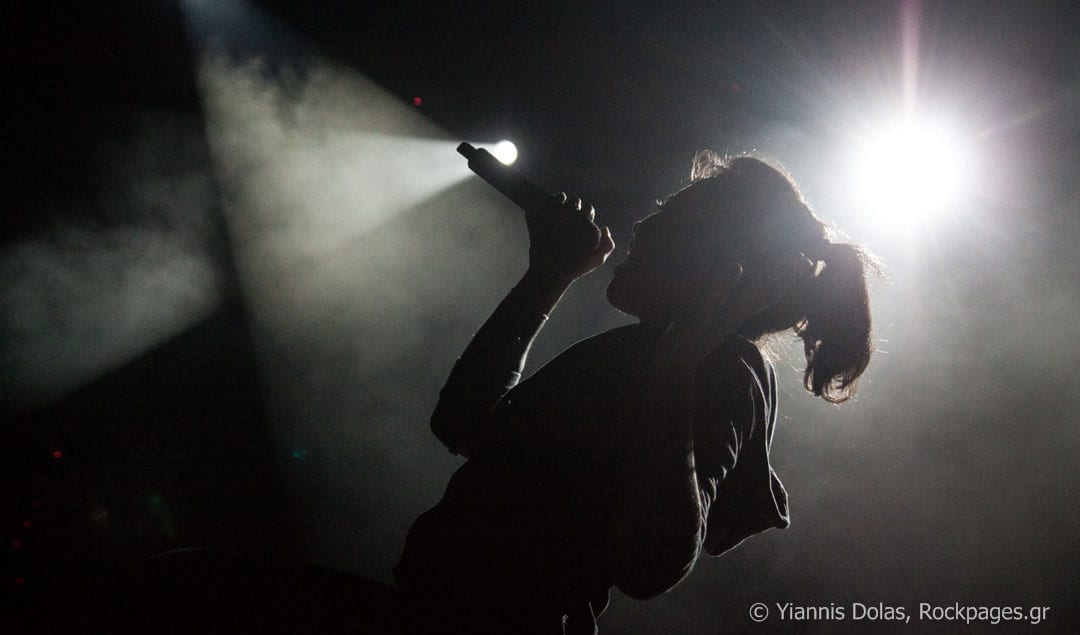