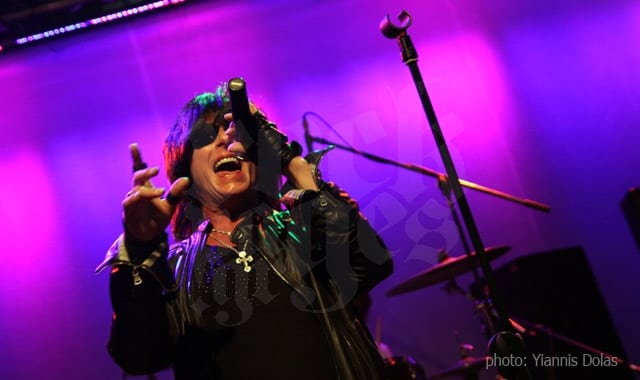 Another performance by Joe Lynn Turner in Greece, almost five years since the last one with Over The Rainbow, and if the presence of ex-members of the legendary band, as well as Blackmore’s son, Jurgen, was the perfect excuse to indulge into an appropriate setlist, that wasn’t the case on Sunday night’s gig. Why should Joe and his Italian band play only Deep Purple and Rainbow songs?

Why were those from different eras, when he wasn’t a member of either band? He doesn’t have solo material? He doesn’t believe that his songs can stand among such a repertoire? Does he think that the audience that gathered to watch the show is aware only of his Rainbow and Purple days? On the other hand, the people that packed Kyttaro club seemed to have a great time with all those classics from the two great bands, and the very good performance of an amazing frontman. 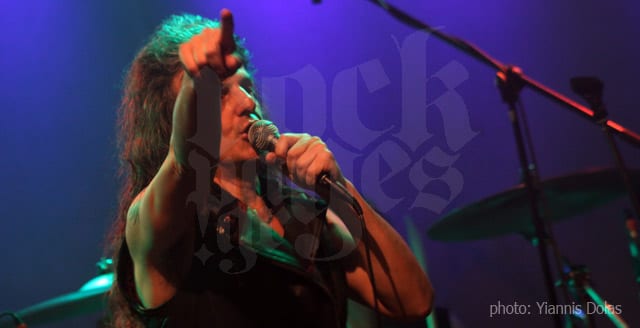 As a support act there wasn’t a better choice than George Gakis and his loyal Troublemakers, who took over the duty to warm up the crowd with a little surprise. The big surprise would have been a duet with Joe on “Street Of Broken Dreams”, a song from Gakis’ latest album “Too Much Ain’t Never Enough” where the American sings co-lead vocals. Instead of that we had Bary Barnes from Sinnerboy, a Rory Gallagher tribute band, taking the stage and the guitar for a storming “Moonchild” that surely caught everyone unguarded. They focused on the album, and they added some covers of Thin Lizzy’s “Cold Sweat”, Whitesnake’s “Gimme All Your Love”, and so on. I’d really love to listen to some of the bands older material, as I always complain when I write about every performance of George Gakis and the Troublemakers. Despite my grumpiness the band was superb –as expected- with all the energy, passion and energy needed to win the audience that had already filled the venue. They closed their one-hour set with their cover on a traditional tune, “Mi Me Koitas Sta Matia” with Babis Saganas on guitar playing a bit like great Greek guitarist Giannis Spathas on “Mountains”. 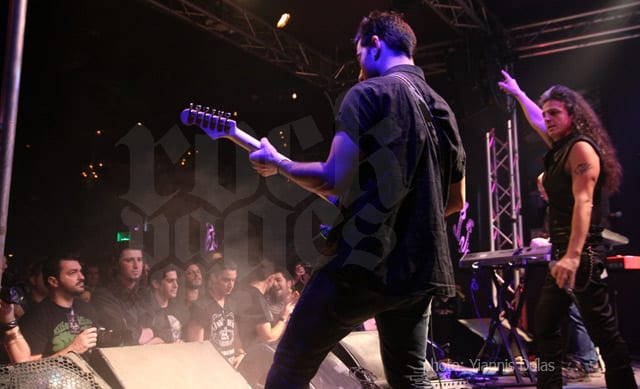 And if I had to make my complain about Gakis’ not playing more solo material, instead of covers, what should I say about Turner who didn’t even give us a note of his own stuff. Amazing voice, awesome performer in great shape, actually I think that this was his best performance in Greece ever, but with a parody setlist. Nobody would have made any comments if he played songs from the four albums he did with Deep Purple and Rainbow. Actually, “King Of Dreams”, “Can’t Let You Go”, and “Jealous Lover” were amazing, but it really dawned me how he snubbed his personal albums, that are a lot, and pretty good. The band that was accompanying him had its good and bad moments. I don’t want to be unfair to four guys that were obviously a last resort solution to play with a great singer on a set that surely wasn’t there choice, and certainly not of their capability. Because, if you decide to rely on Deep Purple, and Rainbow covers, then you need a guitarist with big balls (always musically speaking)!

Unfortunately, the lovable Fransesco didn’t cut it, no matter how hard he tried, and that goes for the rest of the band that had huge shoes to fill. Despite that, you can’t take away from them the show’s absolute highlight which was “I Surrender” with the entire venue singing along, as long as the aforementioned songs. 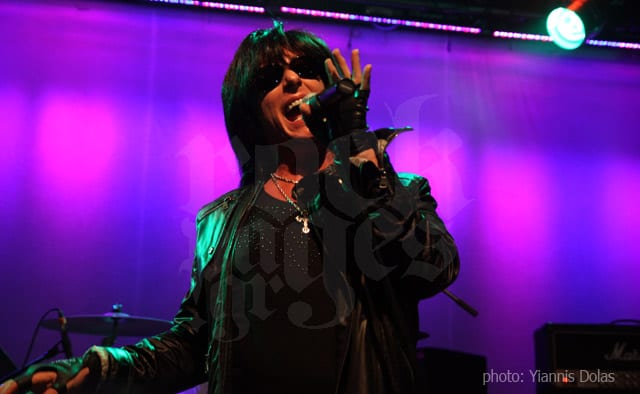 In my opinion a favourite, and top notch singer fell into the trap of pleasing the audience playing the classics, but which audience? Even on the show’s poster it was written “Joe Lynn Turner”, and I think that this was what he should be focusing on, himself. Of course he should include the hits that he sung and contributed to, but he should also have included something from his personal back catalogue of dozens of albums, and projects. What’s positive of the evening at least is that he is in a great shape, and he can still give you Goosebumps at the right moments. Had he a better supporting group and a different setlist that could have been a hell of a show, but it wasn’t! 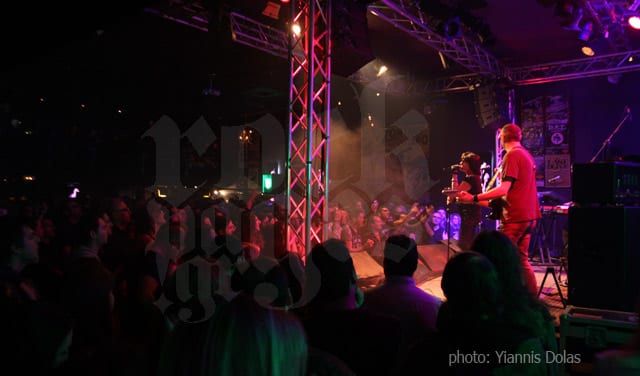 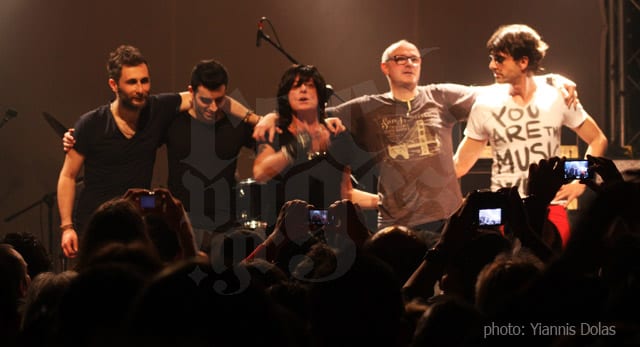