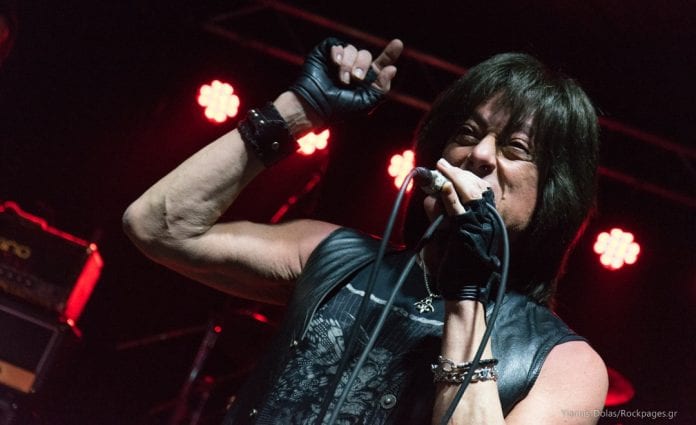 Another show of the Greeks’ favorite Joe lynn Turner means one thing right away: a packed venue with hardcore fans that are ready to show their love to this great performer. What if he had played here before less than a year before, MODU was filled to the brim!

Together with Joe was George Gakis and his Troublemakers pulling double duty playing their set and then Joe’s songs. As soon as I arrived at MODU Gakis was already playing “Fame” from his recent “Too Much Ain’t Never Enough” and I missed Method Of 3 who opened the gig, I apologize for that. The Greek singer had the audience in his pocket and took it with him in every song. Of course, there were several references to his idol, so an amazing “Cryin’ In The Rain” and “Burn” a bit later put fire in the audience. It’ worth mentioning that Kostas Kostadimos who is now the guitarist in The Troublemakers did a great job on guitar all night getting kudos from the No.1 Troublemaker, George Gakis. For “Street Of Broken Dreams” the band was joined by Viron Tsourapis on mandolin, just like in the album, but unfortunately Joe who just got in the club didn’t get a mic to perform the duet, damn! A big surprise for the audience was a cover to a popular Greek song, “Palto”, by Lakis Papadopoulos, who was at the gig in English. Their set closed as always with “Mi Me Koitas” a traditional Greek folk tune that got the Gakis treatment and it’s also included on “Too Much Ain’t Never Enough”. 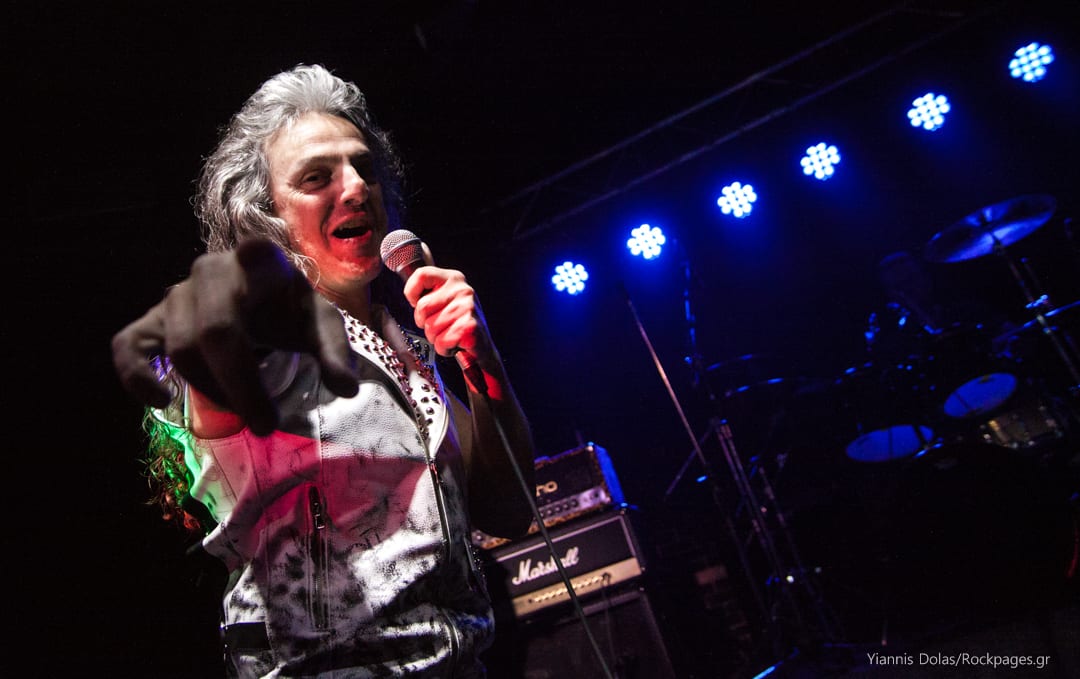 A very sort break was inevitable so that the stage was ready and the Troublemakers were refueled before Joe Lynn Turner kicked off powerfully with “I Surrender” making the audience explode right from the very beginning. In general, Joe was superb both in his vocals as well as his stage performance, playing with the crowd involving them in the show and really giving his soul to every song. His Rainbow days were honored with “Street Of Dreams” and “Stone Cold”, while “King Of Dreams” and “Love Conquers All” brought in mind his tenure in Purple. 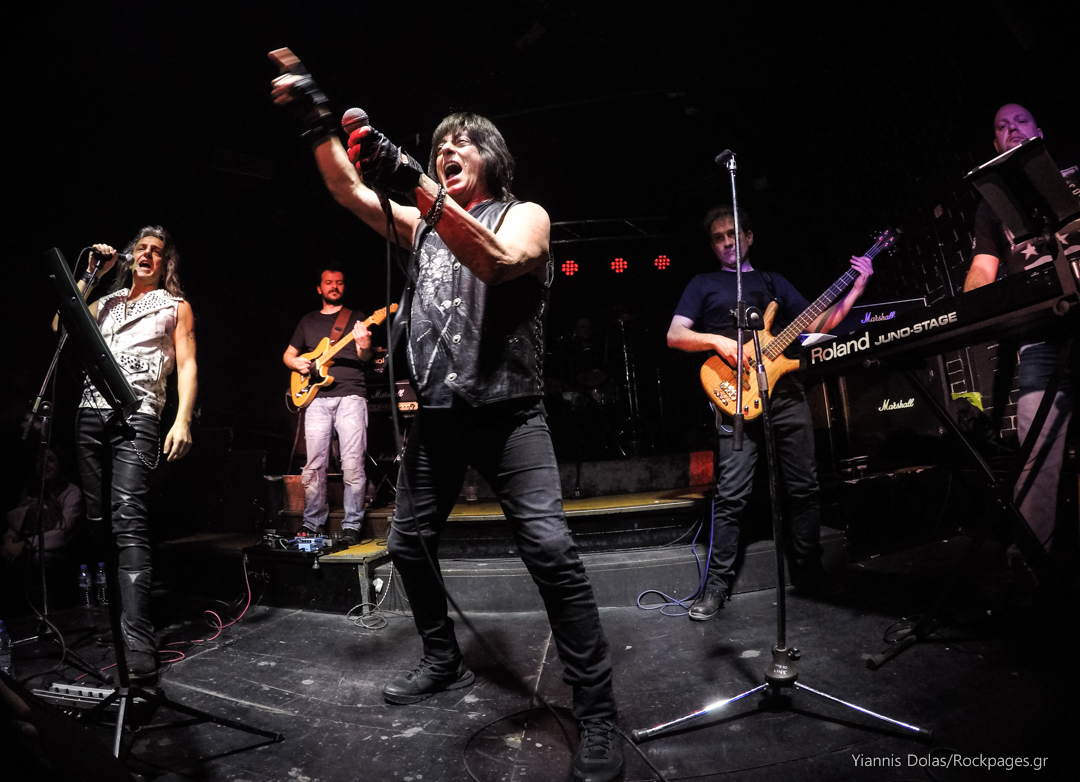 Of course, the absolute highlight of the show was “Endlessly”, the one and only solo song he played, which the crowd sung note for note giving him Goose bumps. My complain and I guess a lot of people’s as well is Joe’s obsession to play a load of covers instead of his own stuff. There is an argument there, since he played in Greece with the Troublemakers, and not his own band, but on the other hand if you check online you will discover that he did the same in other shows around Europe with the exception of Malmsteen’s “Rising Force” in a couple of gigs. Also, I don’t understand why he plays Rainbow and Purple songs from other eras. Why listen to “Perfect Strangers” and “Catch The Rainbow”? If he was playing for like 3 hours, then OK no problem, but on the other hand I wouldn’t mind listening to more stuff from “Slaves And Masters” and more from his three albums with Rainbow. And let’s not start talking about Sunstorm… in the end their latest music video was shot in Greece! 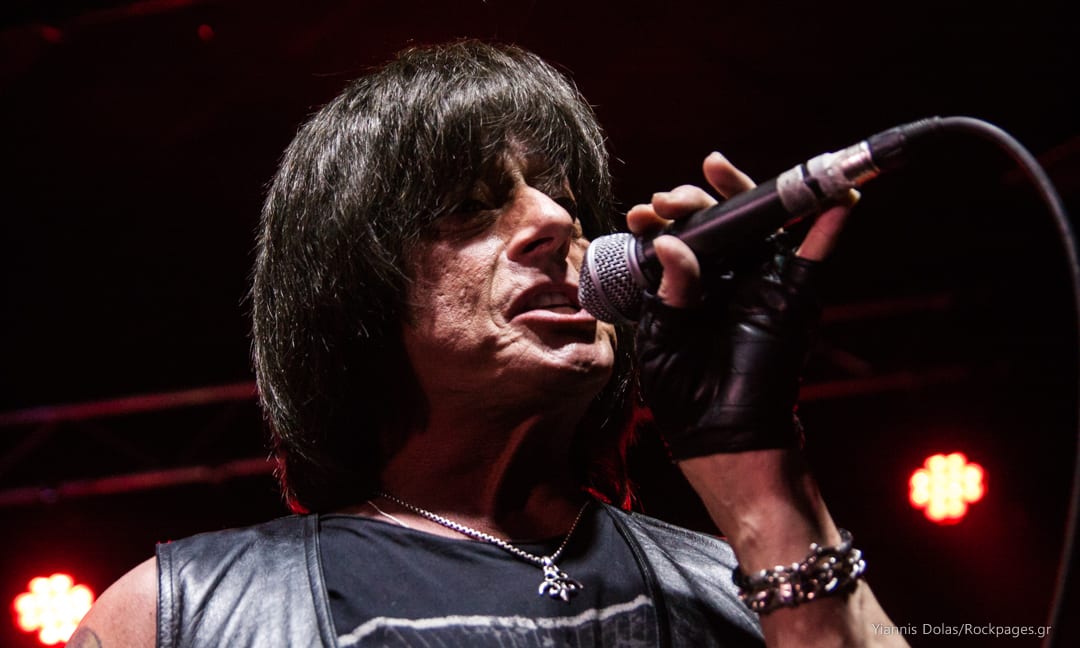 Getting back to the show report let’s just add that instead of his rich personal rock legacy we listened to Bad Company’s “Ready For Love”, which he performed great, “Roadhouse Blues” by the Doors, “Born To Be Wild” by Steppenwolf, “Gimme Some Lovin” by Spencer Davis Group and “Johnny B. Goode” with a tribute to Chuck Berry and ZZ Top’s “Tush”, both with George Gakis on guitar. That was great and the atmosphere was like a party and of course Joe can sing those easily. Of course, being a professional singer he could even sing Greek folk music if asked, but the thing is that he doesn’t sing his own stuff… 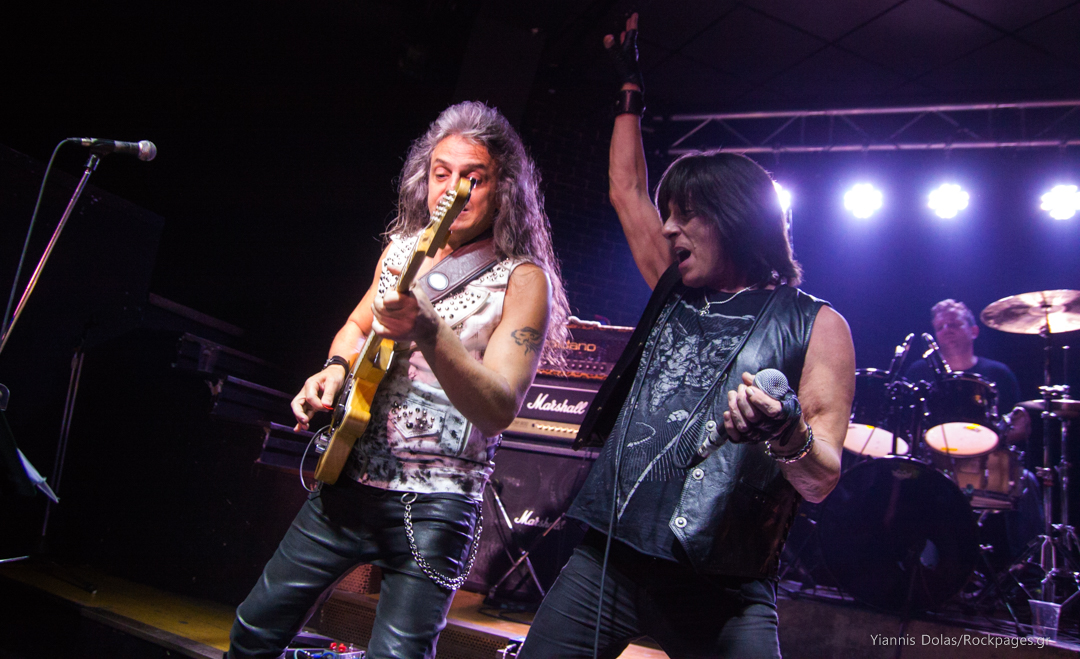 Why he does this I don’t know, he knows. Of course, the music industry both in record sales and live entertainment has changed and the survivors from past decades don’t always have an easy job. But, on the other hand you should think that all of us who go to Turner’s shows we go there to listen to him singing knowing what he had done is his career. Therefore, we would appreciate it if he played his stuff, instead other’s stuff –no matter how popular they might be. Actually, he doesn’t have to win the crowd that’s in front of him, he did that with all those records that people will bring him to sing at the end of the show. So, dear Joe, please don’t turn your back on your personal discography, you don’t have to play covers, when you have all those classics. We love you for what you are. See you next time! 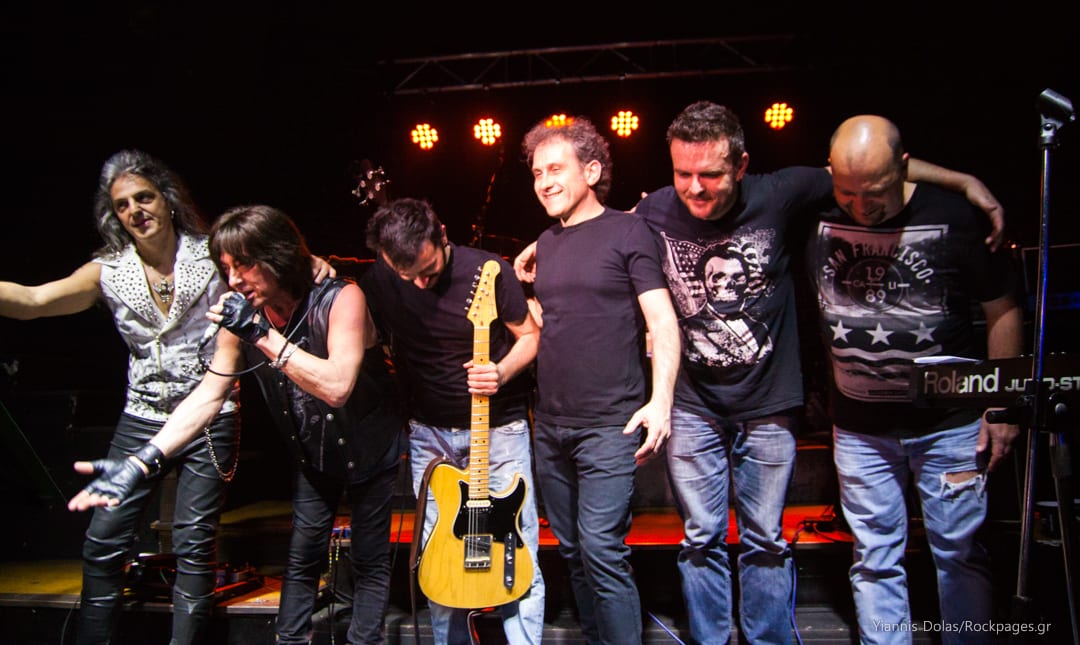