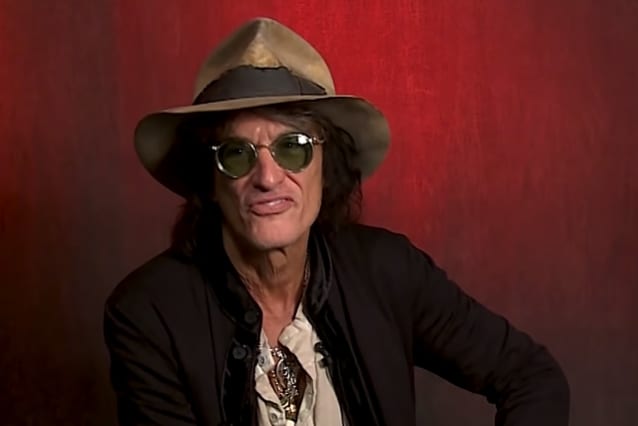 According to TMZ, AEROSMITH guitarist Joe Perry was rushed to the hospital Saturday night (November 10) after performing with Billy Joel in New York City.
Perry had just finished playing “Walk This Way” with Joel at Madison Square Garden and had gone back to his dressing room. A source connected with the concert told the tabloid site that Joe collapsed and “looked terrible.”
Paramedics rushed to the scene and worked on the 68-year-old for around 40 minutes. A trachea was put down his throat to clear the air path and one eyewitness told the site “Joe did not look good.” The ambulance personnel then put the guitarist on a stretcher, gave him oxygen and rushed him to a hospital.
Joe’s condition remains unknown, and his reps did not immediately respond to a New York Daily News request for comment.