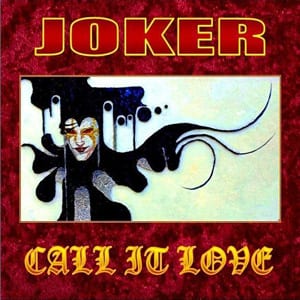 It’s really a good thing to have a band like Joker back in business; and when we say business, we mean back with a new album after 20 years since the release of their excellent debut. Nasos Kavathas, the band’s leader and sole remaining member of the original line-up, has delivered “Call It Love” with all the songs bearing English lyrics. This is a record that compiles songs from the entire 30-year career of Joker as we are treated with compositions that can be traced in 1988 while there are more recent tracks that display Kavathas’ maturity in regards with his compositional skills.

From a pure musical standpoint, we’d say that “Call It Love” is a sonic crucible as it blends hard rock sounds (eg. in the magnificent “The Way”), pop rock melodies (eg. “Memories”), medieval explorations (eg. the song “Words could have easily been a tribute to Blackmore’s Night or early Jethro Tull) etc. Nasos plays almost all the instruments (and he is doing a hell of a job) while the overall instrumentation is well-crafted. My sole objection is the fact that the production could have been better but that’s something to be expected really from a self-financed effort.

“Call It Love” is a really remarkable sophomore album by Joker and all the fans of the melodic rock genre should definitely check it out.

Highlight: The new album can be approached both as the end of an era and the beginning of a new chapter for Joker…