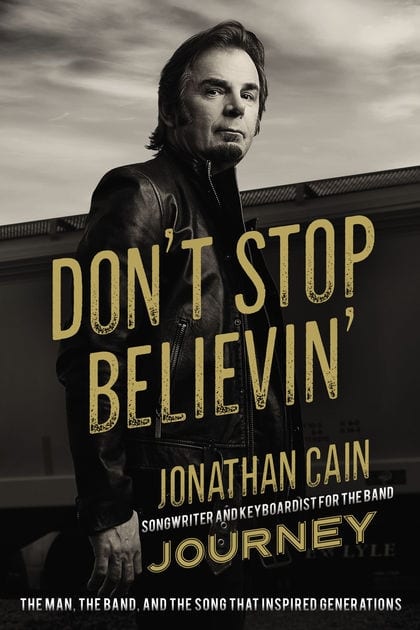 JOURNEY keyboardist Jonathan Cain will release his memoir, “Don’t Stop Believin'”, on May 1 via Zondervan. In the first book by a member of the band, Cain shares his personal story and path to faith as well as behind-the-scenes stories of his 36-year career with one of America’s favorite, multi-hit rock bands, including his inspiration for co-writing “Don’t Stop Believin'”. The memoir was co-written with Travis Thrasher. Cain is represented by Darrell D. Miller of Fox Rothschild, and world rights were acquired by Zondervan acquisitions editor John Sloan.