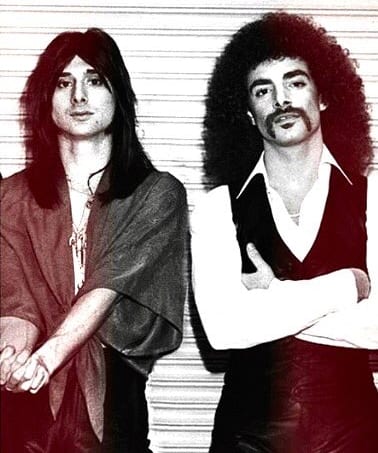 During the last days the tension in Journey’s camp is rising high with an angry Neal Schon who is furious because three members of the band visited the White House, while he was unaware. Specifically,  Jonathan Cain, Gregg Rollie and Arnel Pineda visited Trump’s press office just before the end of Journey’s tour on July 30th. The press reported a band visit, which was something that enraged Schon who posted on Facebook: “Wow, this is not the Journey I started in 1972 and have been fighting to protect since the beginning?” Also, the guitarist posted an image from Wikipedia showing all Journey’s lineup where he is the only member that participates in every single one of them. His statements on social media continued with Schon suggesting he’d leave the band which will eventually break up: “I will travel to new musical terrain that we never have and encompass everything,” he wrote on Twitter. “Hits are hits; we have a ton.” The guitarist also shared an old photo of him with Steve Perry commenting: When I hear my guitar I hear his voice. From Infinity on … Timeless Forever…The sound and soul of Journey”… could this be it?