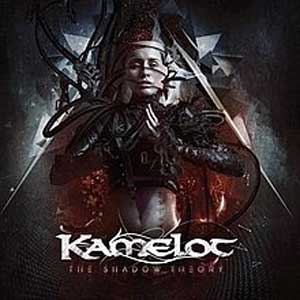 Since 1995 and the introduction of Kamelot through the Eternity album, a lot of things have changed. Loads of line-up changes (with the most important being the ones behind the microphone) as well as changes in the musical direction. Fast forward to 2018 and the third album with Tommy Karevik on vocals, an addition that proved to be a wise move since Karevik is not only a gifted performer who brought a breath of fresh air to the band but also a voice that links Kamelot with its recent past.

From the very start of the album it is more than obvious that the path that led to Silverthorn and later to Haven is followed without remarkable deviations. The choruses remain the strong point of the compositions, melodic and memorable. Karevik puts a lot of his character in the songs but he still reminds of Khan in many occasions, his legacy after all casts a heavy shadow and will follow him for more years to come. Sasha Paeth’s chorus (also present in Avantasia) plays a very important part while Youngblood recruited American vocalist Lauren Hart to contribute harsh vocals on three songs. The duration of the songs are once again rational and made the listening sessions much more easy and fun. It’s important for an album to have a nice flow and keep the listener linked to its content and not lost in lengthy compositions. That’s a characteristic of the band that I always enjoyed.
The recipe in The Shadow Theory remains unspoiled. This will definitely satisfy part of the audience (like the loyal fans of the group) but also might turn off some others who crave change and evolution. But after all this is the recipe that elevated Kamelot to the higher grounds of the metal world and no one can even remotely claim that this album doesn’t contain excellent quality features with the unfading mark of the band.