At 24 and 25 of April we attended one of the most known, but also underground true metal festivals of Germany (and maybe Europe too), with an amazing line up. In this review I will write down the highlights of the festival because unfortunately I couldn’t be present through the entire line up. Report: Mariza “Crash”, a huge thanks goes to Klaus Hellmerich for his photos, which you can enjoy if you click here!

The festival opened its doors for the audience early noon and the first day started with the Greek  band Sacral Rage, who some of you  may have also seen live as an opening act for Sanctuary at Gagarin live stage in the 21th of March 2015 in Greece. Immediately the Greek fans  approached the stage to support them, not only because they represent their country but also because they are one of the best new live bands of the Progressive Metal genre .The band played almost all the songs of the new album ,and a cover version of the Hades song ‘’The Leaders?’’,in which they joined forces on stage with the singer and songwriter Alan Tecchio(Hades, Heathen’s Rage, Watchtower  and the band of Μike Lepond).If you are a fan of Watchtower and you are reading the review  right now, then  I suggest you look for Sacral Rage a.s.a.p.
“En Cima del Mal” , “Panic in Urals (Burning Skies) ” , “Lost Chapter E: Sutratma” , “A Tyrannous Revolt ” , “Lost Chapter E: Amarna’s Reign” , “The Leaders? ” , “Return of the Dead”  , “Master of a Darker Light” 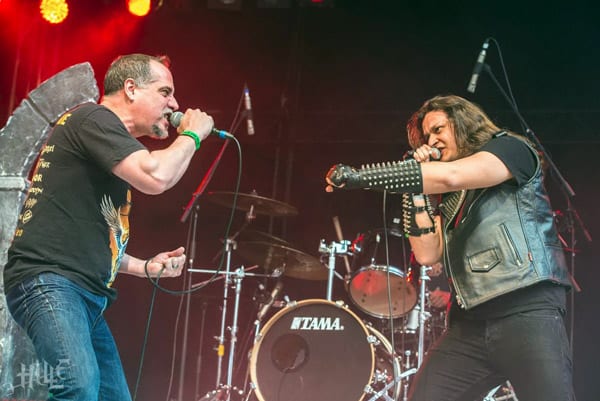 The day continued with Jutta Weinhold or should I say the eldest metal queen of Germany. She might be 65 years old but she is headbanging  like she is 17 .Before I saw her live I did not know what to expect apart from an old woman singing amazing metal tunes. Jutta literally was much more than just a great singer ,she tore down the walls of the venue, she blew the speakers and made many people from the audience feel  uneasy with their age. The moto of this woman is definitely ‘’never too old to rock n’ roll’’. Jutta’s playlist had the following tracks: 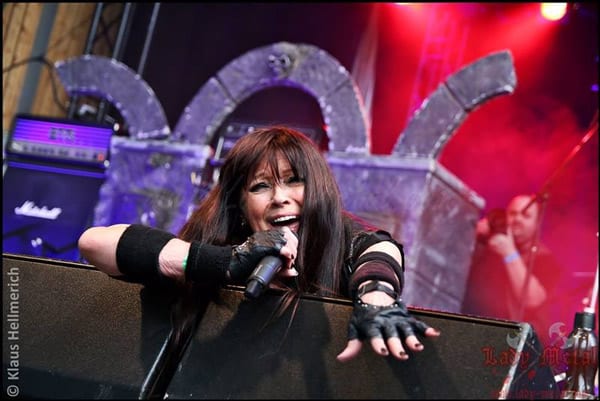 Next band  was  the 70s rock – country band of the festival, Ashbury from Arizona ,that  almost everyone in the audience knew their songs. Which is weird because this was a metal festival. The people went nuts. The whole stadium sung  their lyrics and enjoyed the concert with a more ‘’Woodstock’’ feeling. The Davis brothers might be in an advanced age but they have the hearts of little boys, they made the most hardcore metalheads to melt while listening to these songs: 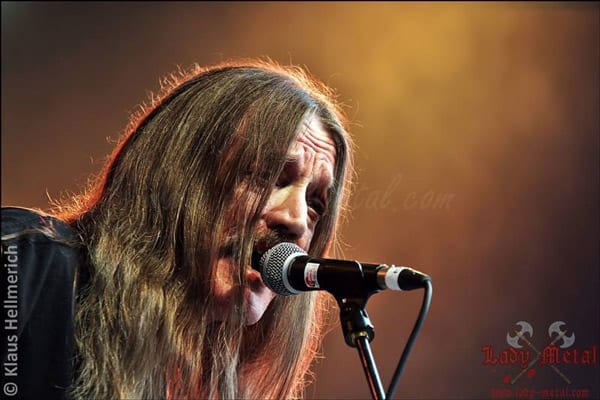 The time had come  for my beloved hard n’ heavy band of the festival , Leatherwolf. A band that is being loved by glam AND heavy metalheads .The band responsible for great songs such as   ‘’Τhe calling’’, ‘’Τhunder’’ and ‘’Ηideaway’’.If those songs don’t ring a bell, please stop reading  and start searching.  Michael Olivieri’s unique style made you staring at him for the whole show. His moves, his contact with the audience and his still young voice made the people crazy. Although Olivieri asked the audience if it wanted to listen to a Judas Priest cover, the fans screamed NO. Everyone wanted to listen to more Leatherwolf songs but he insisted on singing ‘’Victim Of Changes’’ and the truth is, he nailed it. All the band members  gave every bit of their heart  and I really hope that we will see them again soon .The songs they performed were exactly what we wanted to listen, with the only shortage ,my favorite ‘’Cry Out’’. 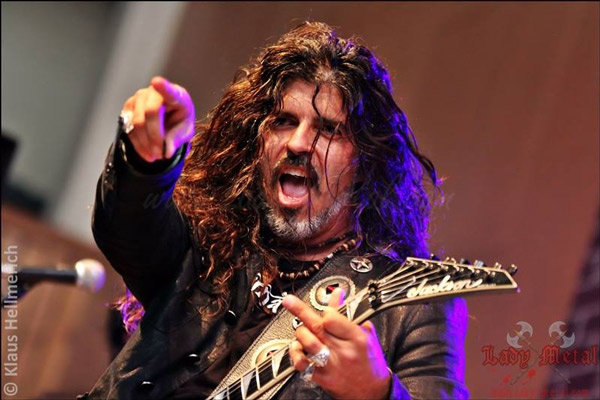 ack to Woodstock and we welcomed on stage Uli Jon Roth and his band. Another weird choice for KIT festival ,but that didn’t seem to intimidate anyone. The women in the audience increased , the lighters lit up and the venue became more and more peaceful and friendly .The gray haired German played amazing guitar themes ,which not only didn’t bore you but instead they enchanted you. We listened to many songs from the golden era of Scorpions. 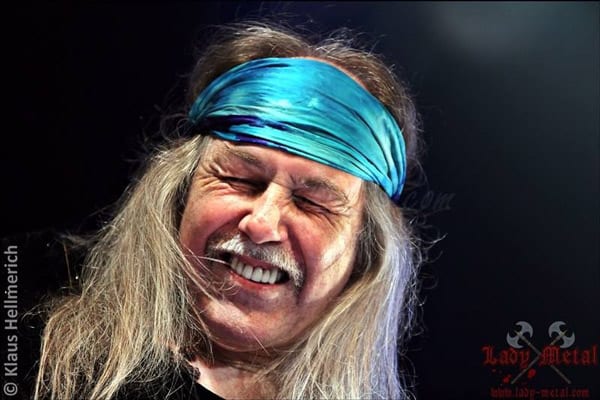 The music style changed when Exciter climbed on stage and the security guards got ready to save some crazy fans. Everyone knew exactly what would happen when Dan Beehler sat on his throne. The vocals were slightly week, without that  being a problem and mostly without anyone noticing it, especially when we are referring  to the most anticipated appearance of the festival. Playing drums in these BPM and singing at the same time is double effort, double inhales and only God can make it sound amazing for more than one hour. An irrelevant remark, but the guitar player John Ricci, looked exactly like Joey DeMaio from a far distance. You will get what I mean from the videos on Youtube. I am leaving you with Exciter’s playlist and follow me to the second day of the festival… 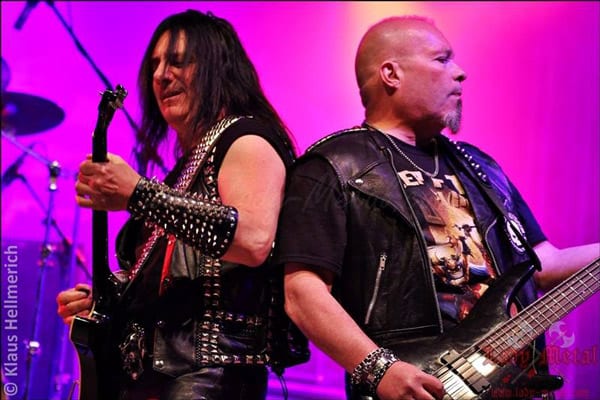