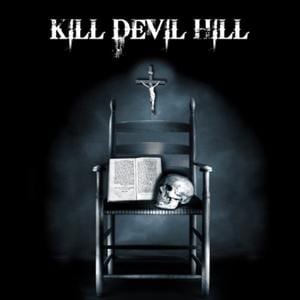 Okay… There’s a Greek word that exemplifies the phrase “Don’t trend on me, I’m gonna take you down”. It’s basically used to describe something which can not be ignored as it is fearlessly approaching… Tsaboukas! Either you pronounce it or use it, it’s essential to put you on top of things. Well, that album is filled with Tsaboukas, it’s filled with roughness, it’s filled with lethal rhythms. It’s a deadly quartet and I don’t need to be a Nobel Prize winner in math to prove that, all I need to do is simply mention the names of the dudes comprising the band. Vinny Appice (Heaven And Hell, Back Sabbath, Dio and many more) on drums, Rex Brown (Down, Pantera) on bass, Mark Zavon (Ratt, W.A.S.P., 40 Cycle Hum) on axes and Jason “Dewey” Bragg (Pissing Razors) on vocals. The latter must really like Alice In Chains, the rest of the band seem to like them a lot, too.
Bloody intro by “War machine”… We start feeling it… Then it’s hellsome “Gates of hell”, featuring wild guitars and inspiring solos. The guys are virtuosos and nobody can deny that. When you’ve got Appice drumming, a man touring for the past thirty years and more, he will play amazing stuff even if he’s in a coma! Brown’s bass is ba(da)ss and completely Old School, so is the general style of the boys. They’ve given their first live show about a year ago and I do hope we get to be here talking about the band’s sophomore soon. Melodies are sometimes close to Stoner, with many bass-FX; Sabbath-ish influences make those melodies thousands of tons heavy.
For the vinyl lovers, the album will also be released as a double gatefold. Yeah!