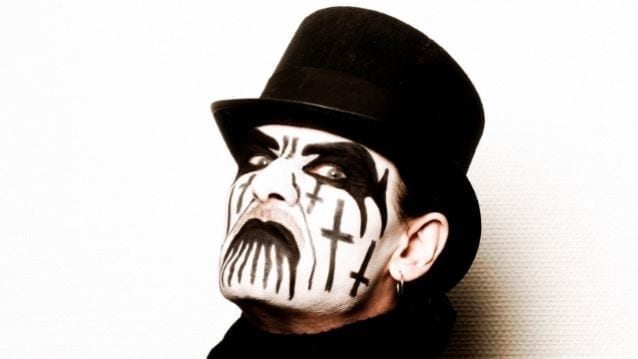 KING DIAMOND is preparing to enter the studio to begin writing and recording the long-awaited follow-up to 2007’s “Give Me Your Soul… Please” album. The band is also putting the finishing touches on the Blu-ray and DVD filmed during KING DIAMOND’s 2015-2016 “Abigail In Concert” tour.
KING DIAMOND’s singer and namesake spoke about the group’s plans for the coming months during a March 29 appearance on Eddie Trunk’s SiriusXM radio show. He said: “As soon as the DVD is finished — it’ll be a matter of two or three weeks — [KING DIAMOND guitarist Andy La Rocque] is showing up here [in Frisco, Texas] to initiate my home studio where I’m gonna do all the vocals for a brand new KING DIAMOND studio album.”