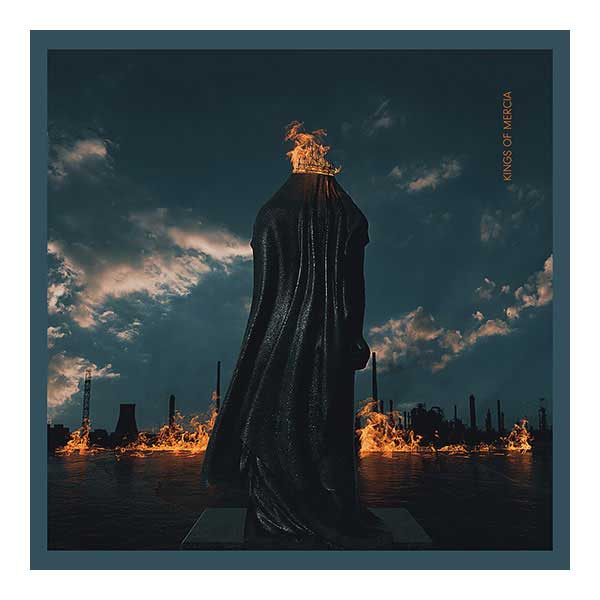 2022 proves to be a productive year for all the Fates Warning fans out there despite the fact that the legendary band is seemingly “on ice” with a good chance of not recording ever again another album (although we sincerely hope otherwise). After the…first strike by Zonder and Alder under the A-Z moniker, here comes Kings of Mercia which is really Jim Matheos’ brainchild. Matheos brought along his friend from Fates, Joey Vera while he didn’t fail to impress us all with the recruitment of Simon Phillips on the drums and Steve Overland on lead vocals. Yes…you read it correctly! This is Steve Overland from FM! Matheos puts aside his much beloved prog compositions and delivers a bunch of hard rock songs that wins you over instantly. This is definitely the most straightforward album that Matheos has ever done but fear not; the quality is ever present as it is always the case with Matheos.

As we implied above, the big surprise comes with the partnership of two seemingly different musicians. Yet, the experiment succeeds as Matheos’ brings forth some of his best riffs that fit like a glove with Overland’s ever characteristic voice. Just between you and me, people, even a couple of less inspired moments immediately climb up the quality ladder due to Overland’s sensational performance. Having said that, all the prog fans should really give a fighting chance on this album as there are songs in there that will definitely win them over. Yes, it goes without saying that it’s a hard rock album –good for them, by the way- but a careful listener will definitely track down some Fates elements; I am talking about the guitar riffs on “Sweet Revenge” and “Set The World On Fire” that could easily belong to “Disconnected”. But that’s as far as we can go, right?

All in all, the debut album by Kings of Mercia is a superb effort and personally I hope to see more from them. If that won’t be the case, then I will be completely content that we have this album on our hands.

Highlight: What a beautiful artwork on the cover sleeve…