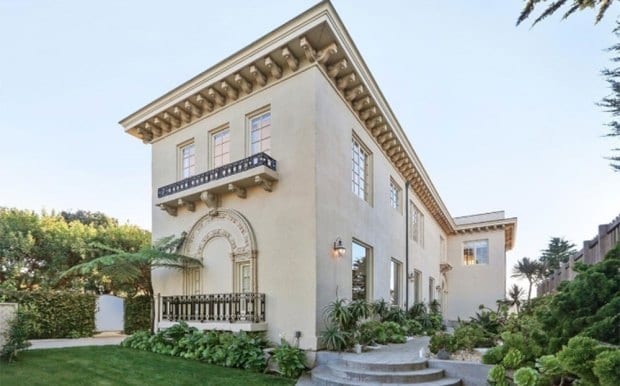 The 4,140-square-foot San Francisco mansion belonging to Metallica’s Kirk Hammett is up for sale. Hammett is asking $13 million for the property, located in the Sea Cliff neighborhood.
As noted by Curbed San Francisco, it’s the second time he’s listed the house, which is located at 308 Sea Cliff Ave. Last year, Hammett put it on the market with a price of $16 million. With no takers, he ended up taking $3 million off the price. Hammett also owns the place next door, 320 Sea Cliff Ave., which has likewise been on the market for $16 million, Curbed San Francisco said. Hammett purchased it in 2005 for $5.7 million, with Metallica’s lawyer, Howard E. King, named on the deed.