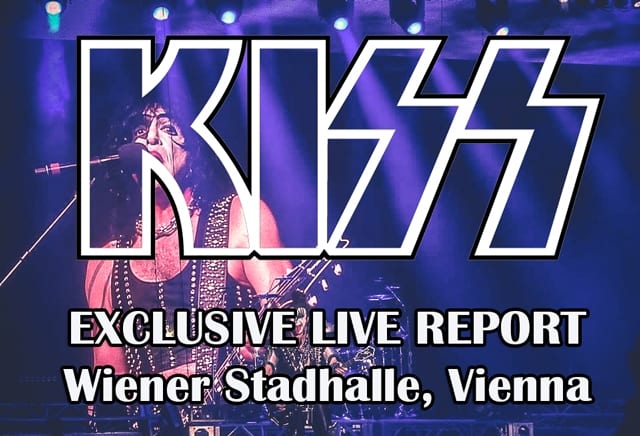 Vienna is a city where classical music prevails, this is something you cannot disrespect when you pay a visit. 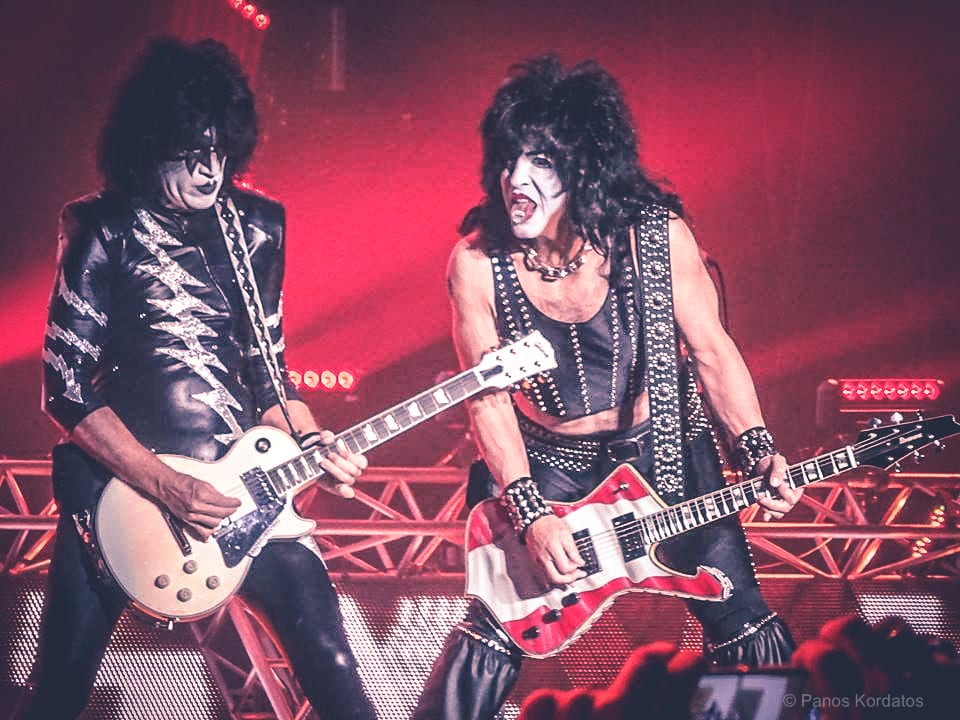 But, when you are there to watch a KISS concert, believe there is nothing else that matters. That’s what happened with another 15,000 people who gathered outside Wiener Stadhalle since early in the afternoon so they can witness the legendary phrase “You Wanted The Best, You’ve Got The Best” just before the curtains falls at 9 PM with the riff from “Deuce” lighting up the venue and making everybody jump on their feet from the very first second as the band lands on stage.
The setlist of the show was totally acceptable from the audience, just as the show with the big or small changes that happen in every new tour, making you think where they can go. 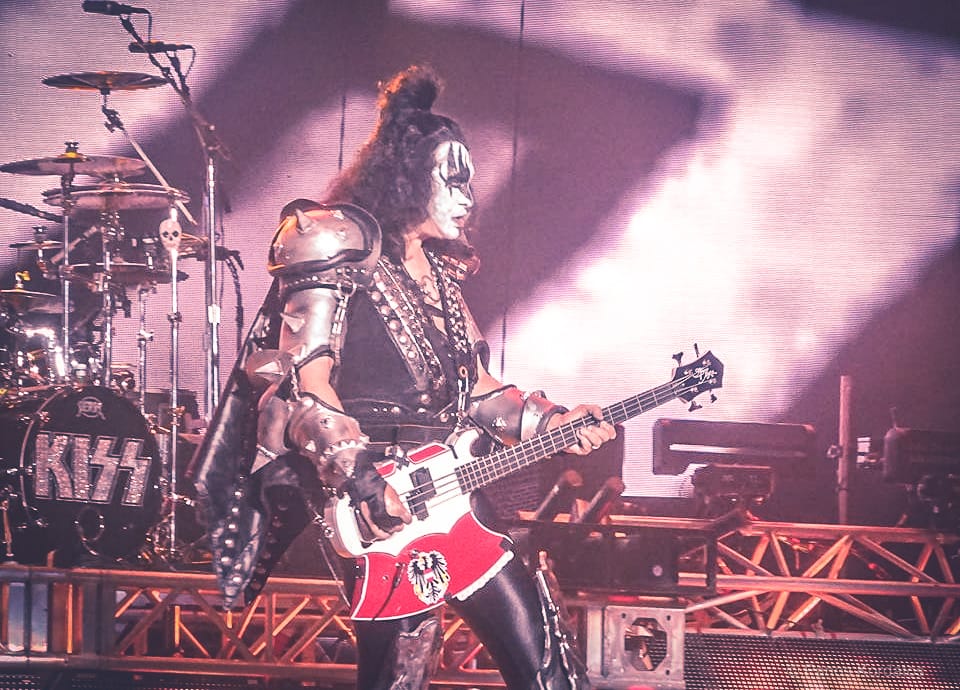 I really liked that they played “Crazy Crazy Nights” and “Say Yeah”, the trilogy “God Of Thunder”, “War Machine”, “I Love It Loud”. I didn’t like that we didn’t listen to “Love Gun”. If I am not mistaken this was the first time they didn’t play the song since it was released back in 1977. I have to look this up!
But, putting “Flaming Youth” in the setlist was a great surprise. While they song was played the huge video wall was projecting images from the band’s glorious past and especially the ‘70s. 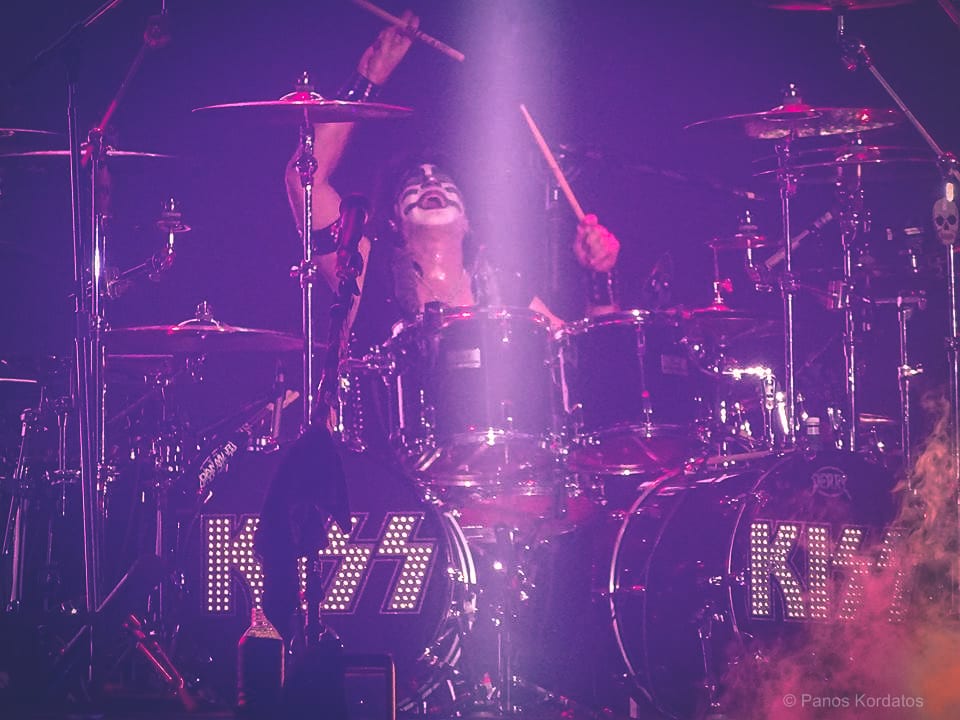 Paul Stanley was dominating as a frontman, while Gene Simmons and Eric Singer are the band’s steam machine while Tommy Thayer (who sings on “Shock Me”) is the worthy lead guitarist.

Pyros, fire, the flying stage, Gene Simmons’ sword on fire, Paul Stanley’s flight over the crowd during “Psycho Circus” and many more as well the amazing loud sound is all that make you see that nobody left the show without a big smile on their face. There is no chance thinking that you wasted your money going to see KISS.

In Paul Stanley’s words from the stage: “everybody remembers his first KISS”.

Deuce, Shout It Out Loud, Lick It Up, I Love It Loud, Firehouse, Shock Me, Flaming Youth, God of Thunder, Crazy Crazy Nights, War Machine, Say Yeah, Psycho Circus, Black Diamond, Rock and Roll All Nite, I Was Made for Lovin’ You, Detroit Rock City