Already ten years in the music business and this tour with Powerwolf and Amaranthe comes comes at the right moment for Kissin’ Dynamite. After a really great show at Koko in London, I’m standing opposite Hannes Braun, the band’s singer who looks excited about the people’s response and the career of Kissin ‘Dynamite. Interview: Dimitris Kazantzis

Rockpages.gr: This is your first time in the UK. What’s the feedback so far…? 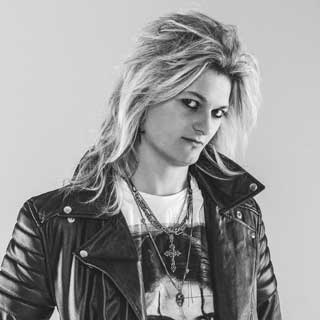 Hannes Braun: Really great. Seriously, during the concert I told the crowd that I had goosebumps from the reaction. It was unbelievable. I received so much energy and I saw so many happy, smiling faces…it was great. We delivered some good, old hard rock music and this is what it’s all about. Spread some good vibes and make people happy. Those people came here to rock and that was really important for us. That was an epic start for us in UK.

Rockpages.gr: How about your latest record “Ecstasy”…how did the people receive it?

Hannes Braun: Super nice! I don’t how many records we have sold outside of Germany but people seem to really like it. The album is going down great and people are telling us that it is their favorite one. Don’t forget that we have already six studios album since we started as a band. On this tour we get to play at least four songs from the new record and the crowd has received them very warmly…they like them.

Rockpages.gr: “Ecstasy” is also high on the metal charts in your home country, Germany. What does it mean for you?

Hannes Braun: It feels great. I don’t know specifically about the metal charts but I do know that it hit #7 on the general charts all over Germany. This is our frst Top 10 record and naturally it means a lot to us. It made us proud as a band. As for England we really try to introduce ourselves to a new audience…as I said before, I think the fans over here like us. 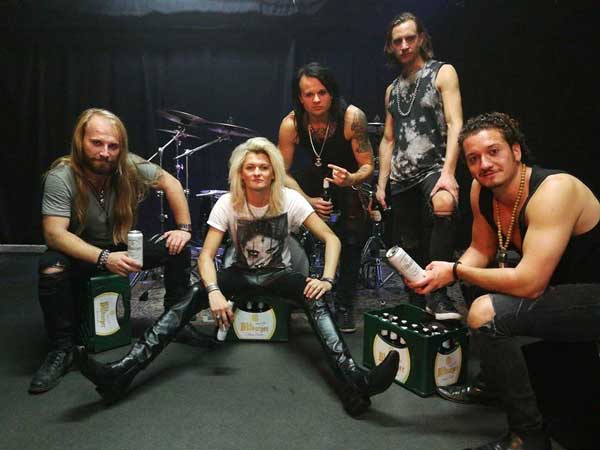 Rockpages.gr: You are touring with Powerwolf and Amaranthe. How is it going so far?

Hannes Braun: Awesome. We have had the chance to visit so many beautiful countries like Switzerland, Austria, Czech Republic, Italy…of course Germany and now England. We couldn’t have asked for more really…the crowd is always great no mater where we play and I think it’s a good chance for the band to reach a wider audience. Don’t forget that we are the first band to play and that’s usually a tough think…I mean when you are the opening act. But it’s going down amazing. As a matter of fact and this is something that we discussed with the other guys in our dressing room, this is by far our best tour ever.

Rockpages.gr: If I ask you to compare “Ecstacy” with your first album that was released 10 years ago, how would you compare them? What’s the progress that you have made?

Hannes Braun: Well, first of all, I’d say that we are now far better musicians. Don’t forget that when we started this band in 2008 and our debut record “Steel of Swabia” came out we were only 15-16 years old….basically we were kids trying to play our instruments (laughs). We sounded pretty good but nowadays it is something different, something better. We have become a professional band. Musically speaking, the songs have developed, they are more catchy and the overall songwriting is improved. We don’t give a shit….you know…some people say we are heavy metal, some people say we are rock, some people say we are glam rock. I don’t care at all. We just play this kind of music that we feel and it comes naturally for us. We just write songs from our hearts.

Rockpages.gr: Having said all that, I guess you will agree with me that your sound has an American touch all over it. Any plans of visiting the States?

Hannes Braun: I agree with you…yes. Of course it’s one of our plans and we wanna do it…but everybody tells us that a US Tour is not an easy thing. Actually they tell us it is a horrible thing. You don’t get to get what the contract is supposed to say and it’s no guaranteed that you are even going to play in front of a crowd due to lack of promotion or whatever. We don’t even know how big we are over there. It’s a very risky thing and it takes a lot of money to do it. The time is not right for us but it’s definitely a plan for us.

Rockpages.gr: You have already announced a headlining European Tour in March and April. Are you thinking of doing some European Summer Festivals?

Hannes Braun: Sure. I guess that “Summer Breeze Festival” is aleady confirmed. We are also scheduled to appear in some German European festivals and quite possibly in Sweden and Czech Republic…nothing is certain yet but we shall see…we try to make our way across the lands (laughs). I would love to play in Download, by the way, but I guess you first have to play a few headling UK shows and then invite you over there…hopefully one day…

Rockpages.gr: How about a live album or a live DVD?

Hannes Braun: Not really because we released a DVD last year so we are not really thinking about it right now. I am not really a fan of releasing live material every couple of years. So our latest DVD will be the one that represents our shows for at least the next 5-10 years. I am more interested in writing new songs and working on new studio albums because the live thing is more or less a goody…a souvenir for the fans. They are more interested in new music.

Rockpages.gr: Do you prefer to perform in big festivals in front of thousands of people or doing the club thing by playing exclusively to your own fans?

Hannes Braun: This is a very popula question…lots of people ask me about it. Honestly I don’t want to decide. The big festivals are really important for a band to spread its name and make new fans. Obviously the energy is far better when you are doing a headlining club gig in front of your own fans. So the club gig is better because we get a better reception but it’s also important to do the big festivals in order to make new fans along the way. I love them both and after all it’s the same thing as in life itself…you don’t wanna do the same thing all over again. You need the change. 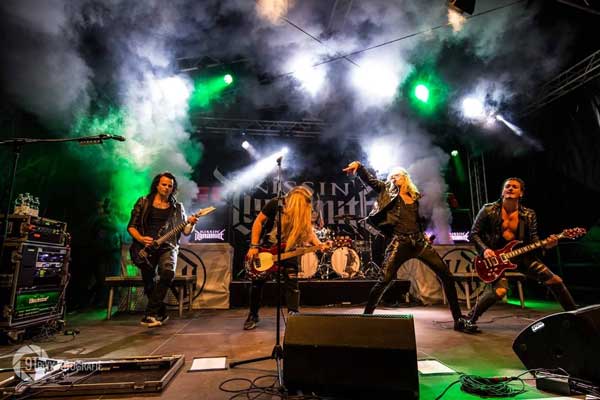