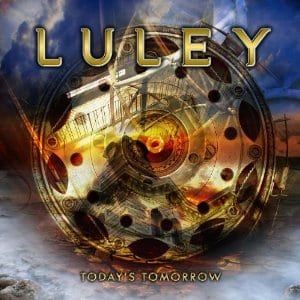 The German Klaus Luley has always been a lover of AOR scene and what characterizes him is his participations in a few bands that conjured a Foreigner and Toto sound at the 80’s,as well as the contribution of lyrics for bands as Meat Loaf.Live shows and several television appearances have taken him for a period of time to the public of the hard rock scene.
After 20-years he  returns with the album ‘’ Today’s  Tomorrow’’. Tracks such as ‘ ’ Living In The Night”, “When the night comes down’’ and ‘’Slipping away ‘’manages to catch the pulse of 80 ’s and make visible the ability of Luley to play at a heavier style. On the other hand, tracks such as ‘ ’ Cant Live Without You ’ and ‘ ’ ’ Here In My Arms ‘ ’ brings you directly to mind its influence was David Coverdale to Mr. Luley.
To emphasize that Mr. Luley is not only a great singer but also an excellent guitarist and author. Worth listening to this disc because you may find surprising good tracks!