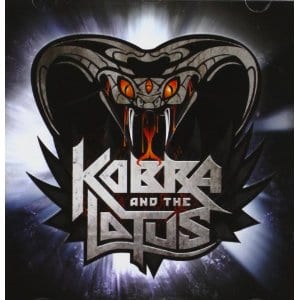 I recall the Canadian band at the Hard Rock Hell festival, almost two years ago, tearing down the stage with their performance and their Metal songs. Usually, a band with a female vocalist is either “symphonic” or “atmospheric”, however, when you’ve got such a “male” supervoice in the area, it’s only natural to play pure and boneshaking, earthshuttering Metal! Brittany Paige was listening to Classical Music for eight years straight! Then, when she discovered Metal, she grabbed it with both hands. The Press truly believes she’s the “lost daughter” of Bruce Dickinson and when you ask her about it, she just smiles… what she really wants is to get “up there”, where she rules, based on her extra-terrestrial vibrato and her band-mates mania.

The band had released “Out of the pit” back in 2010, then they hit the roads and then… Gene Simmons came by! Universal Music came by! The label snatched them in a blink of a cobra’s eye and, with a lil’ bit of luck, they’re gonna be huge! In the meantime we’re being bombarded, eleven megatons of ammunition are heading our way… Brittany changed her name to… Kobra Paige! I’d rather she went for plain “Kobra”, I think it’s more fearsome. The band got in touch with – Canadian also – producer Kevin Churko and the outcome is crystal as well as crunchy.
Opener is a regular divine catastrophe! “50 shades of evil” is taking no prisoners, double-bass drumming is gruesome and the singer is turning castles into sand. Judas Priest and “Accident of birth” glimpses every now and then and a solidly orchestrated yet frenzy galloping. Amazing guitars, huge drums!
“Welcome to my funeral” is the song the group selected to be their first video. The “black bride” is pushing her voice to infinity and I can only ask you to picture the following. Dickinson stepping on a Kamelot chorus! When I first saw the video, I simply adored this one. “It’s killing you, it’s killing me”!
There is no chance at all to pick one song over the others, the whole bunch is tight, moving, exceptional, Metal. Same level, same quality. For instance, listen to “My life”, with that characteristic guitar riff and that mighty hyper-chorus. And that vibrato… Spectacular!
“Lover of the beloved”… Best intro in the bouquet! Kobra’s voice is dark, slightly lowered, that escorting tutti is fabulous. A ferocious twin guitar thing is following; reminded me more of American Power than Maiden, however, I don’t really care, the melody is superb.
“Dark Passenger” is the name of the epilogue and the band presents another fine polished piece of musical jewelry. The chorus is hymnical, the instruments sound gigantic, I’m pretty sure there are numerous bands out there, dreaming of sounding like this one day. Them Kobras were saying again and again that they would return with an album sounding exactly the way they wanted. Well, the album is much more… It’s exactly what we would love to expect, too!

Kobra And The Lotus