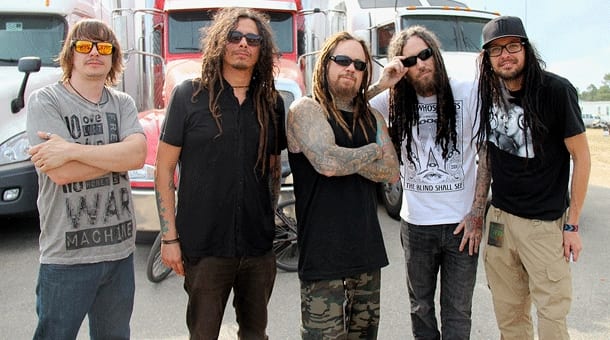 Korn singer Jonathan Davis has ruled out the possibility of a reunion with the band’s former drummer, David Silveria, saying that the group’s current incarnation is “perfect.” Silveria was the second member of Korn’s original lineup to depart, leaving in late 2006. Guitarist Brian “Head” Welch exited the group in 2005. But while Welch continued as a solo artist until rejoining KORN this year, Silveria retired to Huntington Beach, California and opened a restaurant.