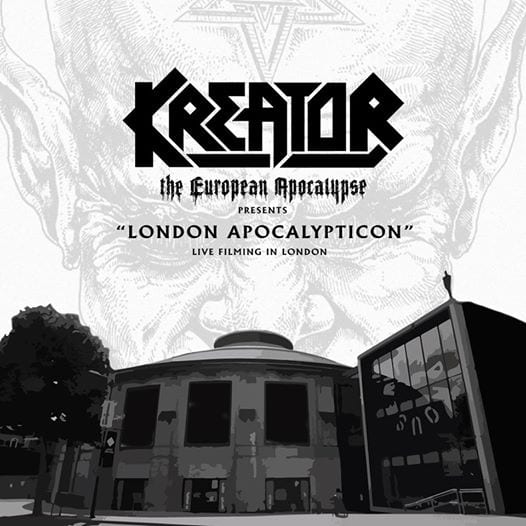 KREATOR’s December 16 concert at the Roundhouse in London, England will be professionally filmed. According to the band, there is “something very special in the works” for the footage, which will presumably be released at a later date.
The London show will close out the German thrash metal group’s European co-headlining tour with DIMMU BORGIR. Also appearing on the bill are HATEBREED and BLOODBATH.