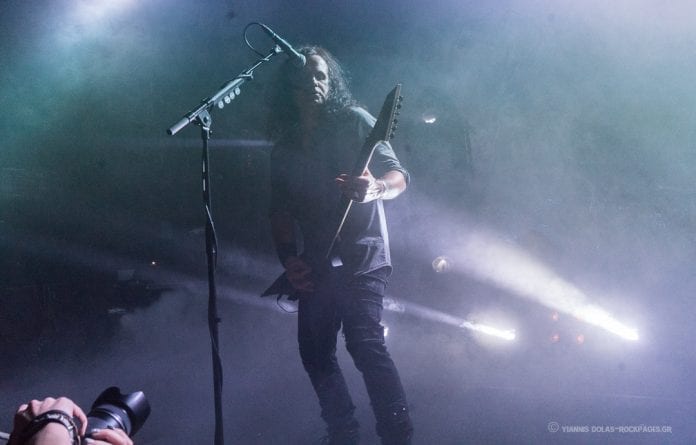 Kreator’s return to Greece proved to be a complete success, 1,5 years since their headline show at Crete’s Chania Rock Festival and 4,5 years since 2013’s Rockwave Festival as far as Athens goes. 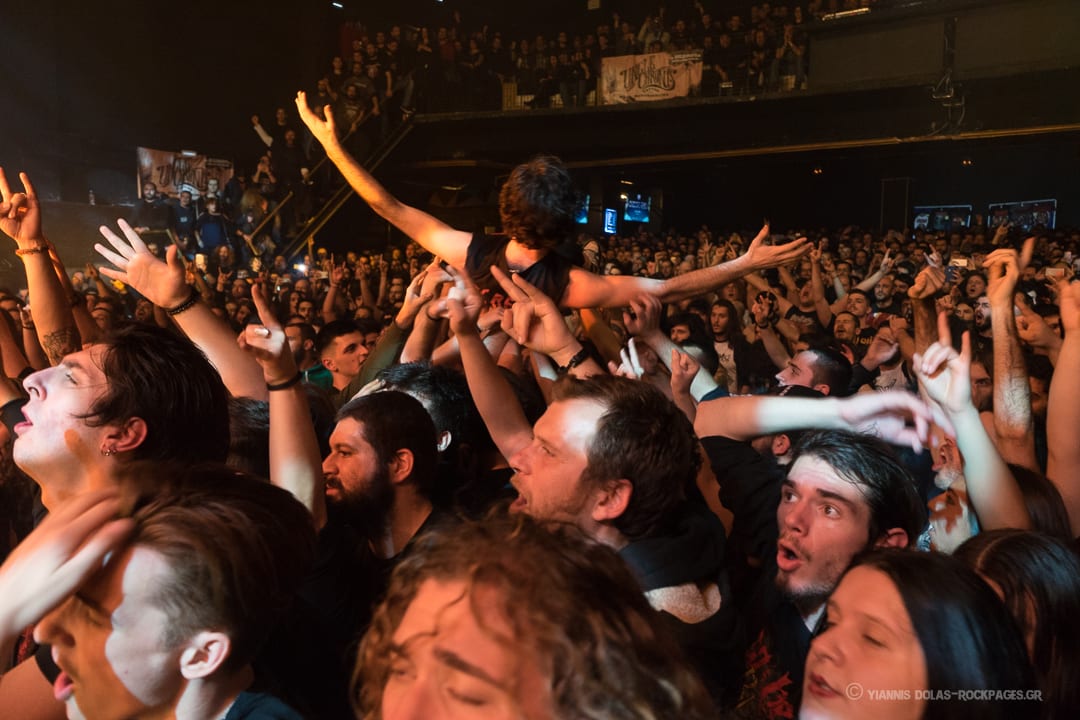 The show started with Dagoba who did their best with great passion and energy towards the audience who started flooding in from the long queue outside. The French also provoked the first wall of death of the evening. 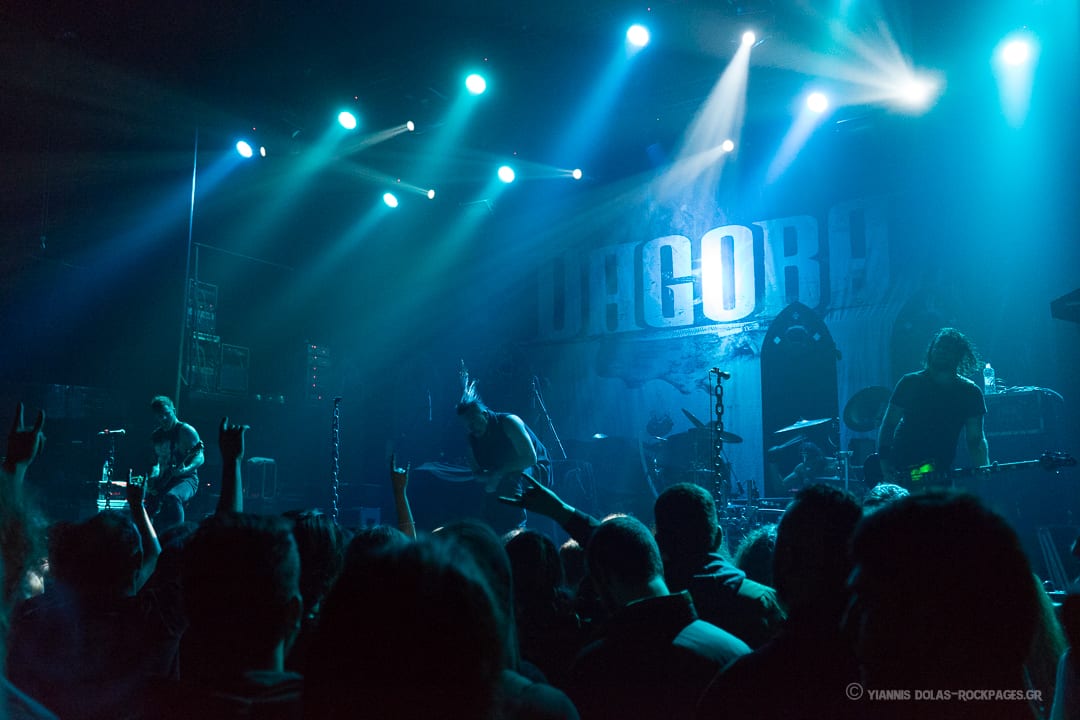 Vader seemed to be, and indeed were, a very good final warm up choice for the Germans. With founding member Piotr Wiwczarek leading the charge, the Polish band unleashed a 45-minute death/thrash attack, with debut album ‘The Ultimate Incantation’ celebrating 25 years in this world. They left us bruised and with the sounds of the ‘Imperial March’. 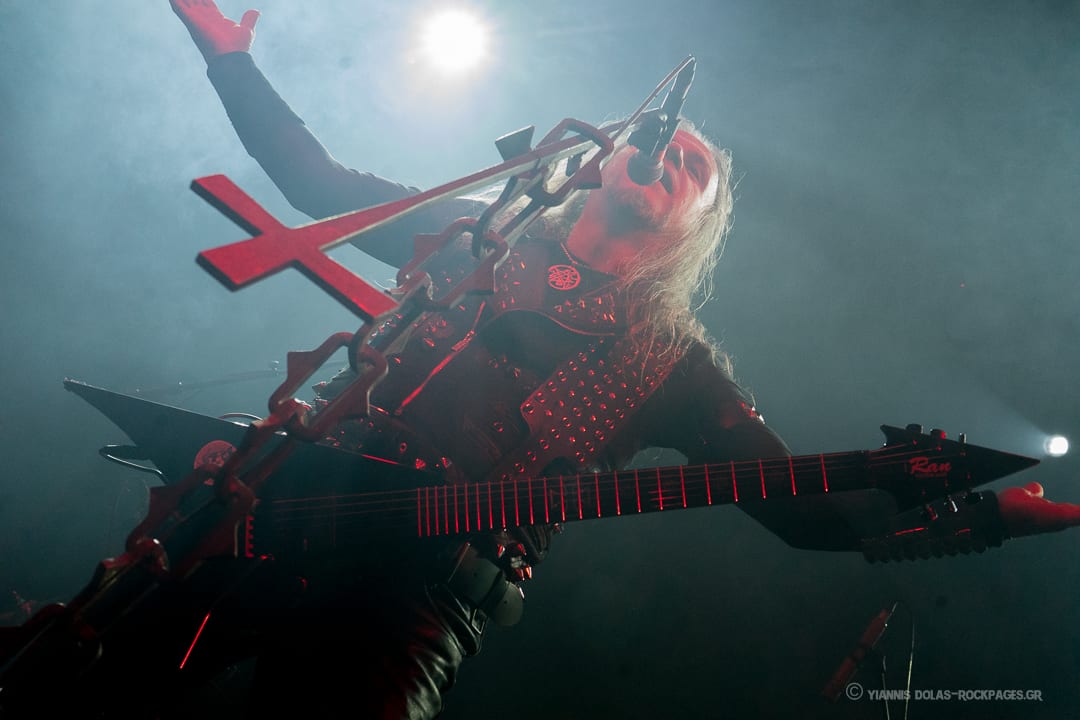 At 22:00 Kreator came upon the stage of Piraeus Academy and immediately the… hordes of chaos went into a frenzy of constant cheering and moshing. Mille Petrozza is one of those artists that truly support their new releases: It’s not just the number of songs off ‘Gods of Violence’, which I saw in many ‘best of’ lists this year, mine included, it’s the spot they have, with ‘Totalitarian Terror’ closing the main set for example, or ‘Fallen Brother’ starting off the encore. Mille is right to do so, especially since the material is good; most people appreciate it, and when the rest of the tracks are classics, such as ‘People of the Lie’, ‘Violent Revolution’ and so forth, everyone is satisfied. 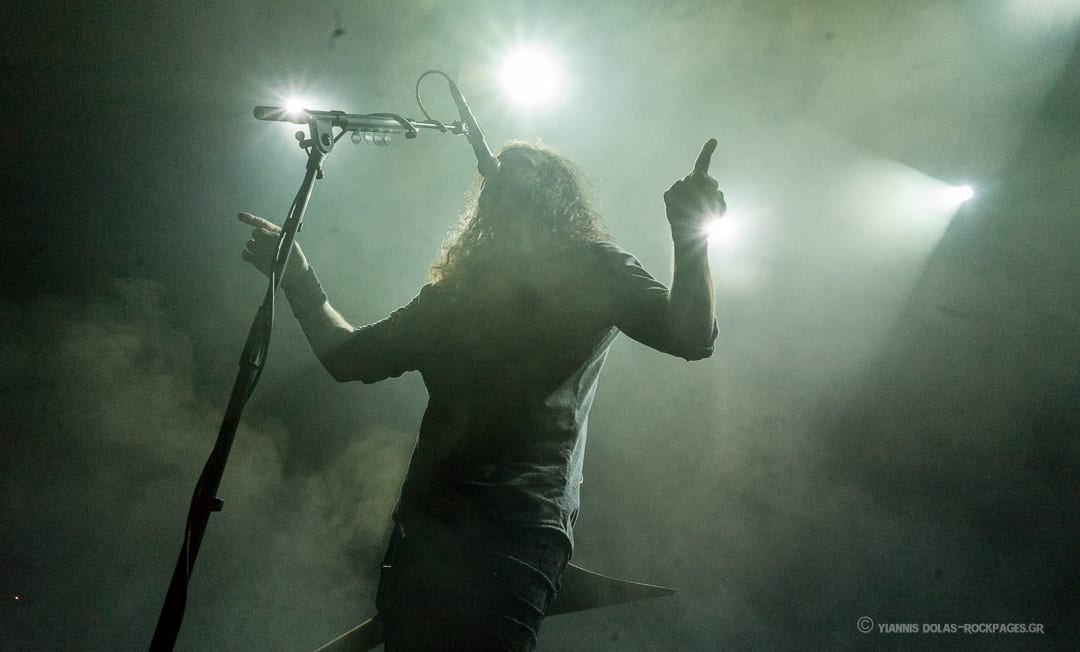 The band was of course as tight as ever, the love story with Greece is well known, so stay alert for… more chapters. 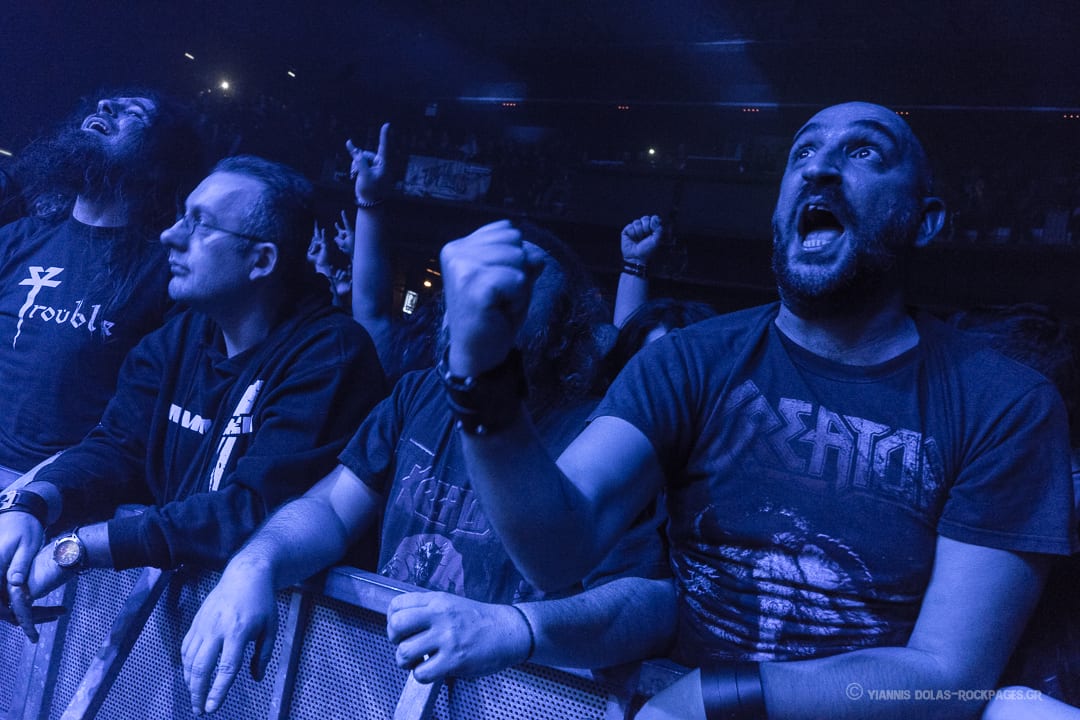