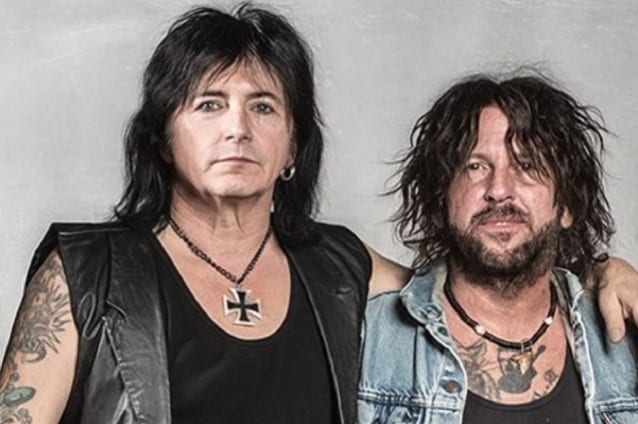 As it nears the end of a successful two-year tour in support of “The Missing Peace” — the first L.A. GUNS album since 2002’s “Waking The Dead” to feature founding guitarist Tracii Guns and vocalist Phil Lewis — the group has announced that it has finished recording a follow-up effort, apparently titled “The Devil You Know”, to be released in 2019 via Frontiers Music Srl.
According to a December 22 Instagram post by Guns, the new album was completed earlier this week. “It’s finished. It’s pissed off. It’s nasty and pure L.A. GUNS,” he wrote. Those comments echo what Lewis recently told Midlands Metalheads Radio, to whom he described the new album as “like [BLACK] SABBATH, but blacker.”