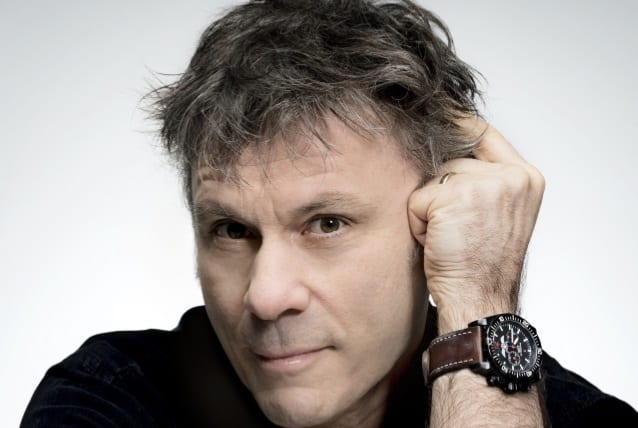 IRON MAIDEN singer Bruce Dickinson says that the decline of the music industry can be attributed partly to the fact that record companies failed to take advantage of the digital revolution.
Earlier this month, during an appeance at the VTEX Day 2018 in São Paulo, Brazil, Dickinson told GloboNews’ “Conta Corrente” that record companies have no one to blame but themselves for the predicament they now find themselves in.
“The music industry exploited its customers,” he said. “The record companies were making a lot of money for not doing very much. They believed the downloading would just disappear. But it didn’t, and they didn’t do anything about it. They didn’t see downloading as being a great way to access their fans, their customers, if you like. But bands did — the bands were way ahead of the record companies.
“Brazil, for example, had one of the youngest audiences of any country in the world,” he continued. “And consequently, they had a huge uptake on Internet activity. So, for a band like IRON MAIDEN, who, we embraced the Internet very early on, we were making contact with people in Brazil directly. And that was great for us. But the record companies failed to understand that because they were too arrogant, they were too old, they were too slow.”