Just a few hours before the Italians’ show in Athens Cristina Scabbia talks to Rockpages.gr about their latest album “Delirium” and how it’s portrayed on stage, their big tour that comes to an end, their relationship with Greece, their career’s highs and lows and much more. You can also watch our chat on the video below which is enhanced with footage from the band’s show at Piraeus 117 Academy on November 19th. Interview: Dimitris Kazantzis, camera: Yiannis Dolas, editing/post production: One Man Army

Rockpages.gr: If I am not mistaken this is one of your biggest tours for Lacuna Coil ever, what’s your impressions so far?

Cristina Scabbia: Well, this is not actually the biggest one, it’s the ending tour of the “Delirium” cycle, which is our latest record. So, we picked up a lot of places where we’ve never played before, especially in Germany, in France and as soon as we haven’t played in Greece for such a long time we have been finally able to put Thessaloniki and Athens and we are very happy about that, because we feel a very strong connection with out Greek fans and it was about time to come back. And… I am really happy! I am really happy about how the tour is going, the vibe of the old group. These tour packages are amazing, the reactions are great, we are having a good time, so it’s all perfect!

Rockpages.gr: Lacuna Coil show a different face in this tour. How did you come up with the idea for the entire band to put make up on and wear these clothes and how does it feel to bring this sanatorium atmosphere on stage?

Cristina Scabbia: Well, it all came very spontaneously due to the topic of this record, because it was very important to give a very strong visual during the live shows. Off the shows we are who we are on our everyday life. I am not wearing any makeup right now, but on stage we think it’s really important to combine the music… the topic within the record. Especially “Delirium”, which is the one we are promoting right now and what we are offering visually. So, it was very natural for us due to the straight-jackets to come up with something even more extreme and we’ve always been huge fans of horror movies and extreme effects makeup. It was the right time to experiment with this right now. It might change completely with the next record. But, we are definitely a band who likes to explore new things, to evolve, to change. We don’t like to get stuck to the same thing over and over. So, next year is going to be another chapter of Lacuna Coil. We are on the “Delirium” cycle right no 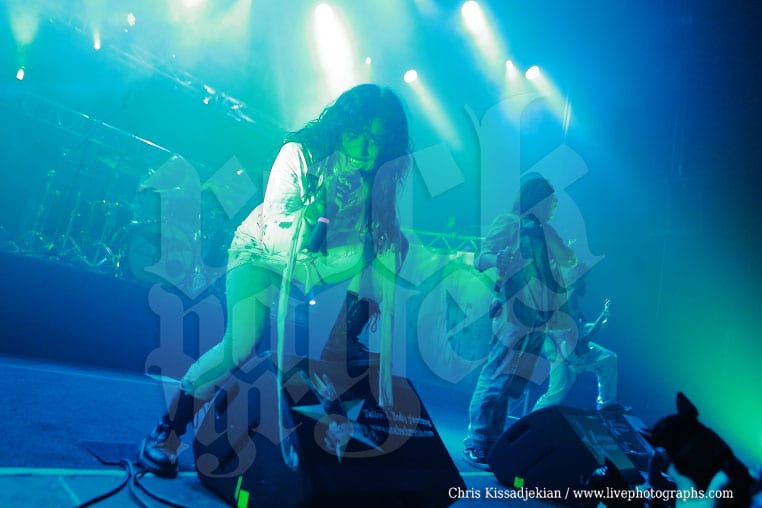 Rockpages.gr: Greece has been in your touring agenda often. Is there any memories from past shows here that stand out?

Cristina Scabbia: I remember that it was always very noisy, which is something I really love, because every time we give a show of course we put all our energy, but this energy is really amplified when the crowd is really loud and is into the show, because it’s a constant exchange of energy. We feel like a ball of energy. And this ball of energy is rotated by the crowd… it’s a back and forth exchange of energy. This is what I definitely remember from Greece. I think that Greek and Italian people are very similar, we have the same attitude. We say una facca una raccia for a reason. We have the same passion, the same intensity and the same way of living life, so it feels like home every time.

Rockpages.gr: Lacuna Coil is an established band in metal with a very large fan base. What do you believe is the even higher level that the band can reach both musically and success-wise?

Cristina Scabbia: We never really thought of our band as a project in terms of getting more fans, or becoming more popular. Even when we started we’d never thought that we would get at this level, 20 years after we were born. For us it was always very important to maintain our own integrity, to believe what we wanted to write and perform, because we love what we do. We never thought about “OK, let’s do this because we can increase our popularity”, or our profile. Because, I think that people are not stupid. They would see if you are honest with your music, with your work and as a person. I don’t even think there is a recipe to become more popular… or if there is and it’s something we don’t like we are not willing to take this road. We want to do what we like. 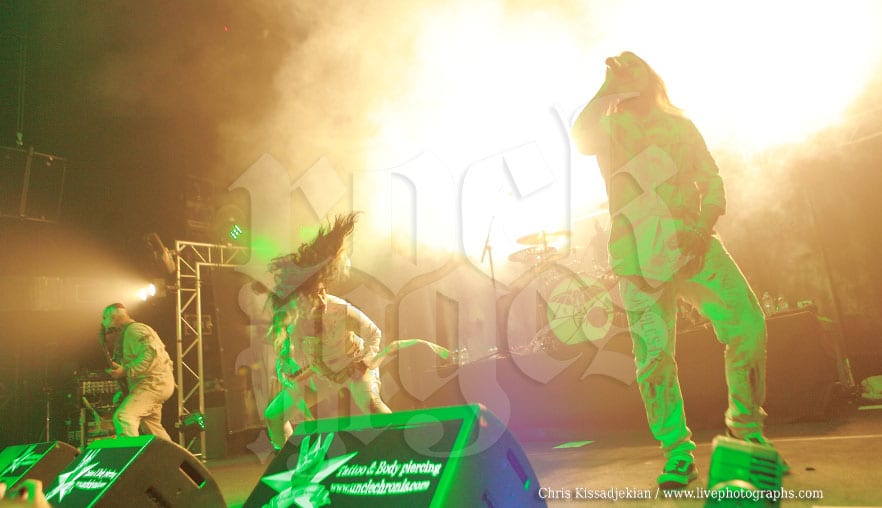 Rockpages.gr: Which album you’d say has been the more crucial in your career so far? You think that there was one with which the band turned the page in its career for a reason?

Cristina Scabbia: Aaah, it depends… Because, if I would have to name one that was very very important for our career it was definitely “Comalies”. Because, it was the breakthrough record, it’s the one that got us more recognition. It’s the one that got us more popular in the United States. The reason why I am saying this it’s not because I am giving more importance to the US market, which of course it’s one of our main markets, but because when you make it in the States it kind of resonates to the rest of Europe as well. So, for us it was a good opportunity to break to become a bigger band here. Because a lot of people knew who we were, so that was our breakthrough record, but I would also mention “Delirium”, because a lot of new people came closer to the band with this records and a lot of old school fans loved it very much, because it has a lot of reminisces from the very beginning of our musical career. So, it kind of brings everything together. It’s a very good record, but I was part of it… so…

Rockpages.gr: Is there some elements that you tried to adopt in your music but it didn’t work out, or every time you make an album you are determined and focused on what’s going to sound?

Cristina Scabbia: Aahh, you mean present and past as well? Well, I think that every band that has a consistent career makes some mistakes at times. If you think of every huge band there is always a gap, or something that weirds fans out, because it was strange, or it was “this is not them”, or there is one reason or another… I think that our weird step it was with the record “Shallow Life”. Because, I think that musically it was OK, it was great to work with Don Gilmour. I think that some of the songs are really really good, but it I think it was misunderstood because we tried to squeeze a huge part of irony that belongs to the band, because we are extremely positive and funny people and it didn’t really match that well, translating that in the artwork and in the pictures. We portrayed ourselves as… you know there is pictures of me as a pop princess and Andrea is a rapper, because we wanted to represent the shallowness of a lot of music we had around, but not a lot of people got it. They thought that we changed into a pop band with a rap singer, which was not our intention. Now, we are more careful about that because we don’t want to deliver the wrong message.

Rockpages.gr: Unfortunately, there been several terrorist attacks in concerts in Europe. Did you feel afraid at some point before getting on stage?

Cristina Scabbia: To be honest I am so focused on the stage and the crowd coming to show that I don’t think about it. I think this is the goal of the people who want to create chaos. They want us to be in fear and even though it’s really horrible, because no one in a million years would have thought that music, or concerts could be connected with a terrorist attack. This is a thing that weirded everything out. Because, terrorist attacks are horrible per se but connected to a moment where people should be more connected than ever and having a good time and share good vibes. This is unbelievable… it’s hard to believe for sure… that something like that would happen… So, I am not afraid because I wanna be cocky, but… I don’t know the word in English… but I am very fatalist that my life could end in any moment and so I want to enjoy every second, I want to try to spread positive energy around me and try to make whoever comes to the show feel good, to whoever I talk to to feel good, so I don’t think about what could happen because I can’t read into the future. Hopefully, nothing like that will happen again. Not only at a concert, but ever. 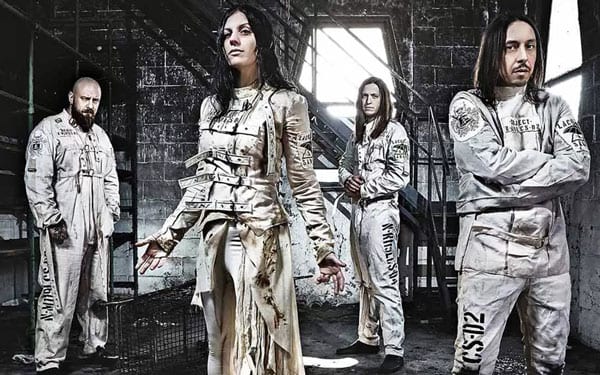