Female fronted metal is a generic term (in most cases the only common element is the female vocals) but the last years there are a lot of greek fans that support the scene. So, it was a nice surprise to see Ladies of Metal Festival Vol. 2 taking place in Athens with five bands featuring female singers. 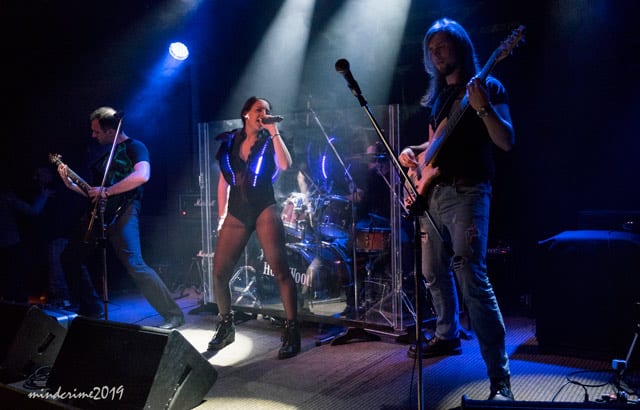 “Just as an angel cried for the slaughter…”
The opening act of the festival was REASONS BEHIND from Bologna, Italy. They were good but failed to create a connection with the fans as the club was almost empty at first no matter how hard Ely was trying to convince the fans to come closer to the stage (¨come closer, I don’t bite”). Their music is melodic metal with symphonic elements and synths but the truth is I’d prefer to hear less pre-recording material. The band’s leader is Gabriele Sapori (guitar) who composes the music along with Dario Trentini(keyboard). Best moment their cover on Abraham’s Daughter (Arcade Fire)

Setlist: intro / fireflies in the wind / a hidden thread / beyond the black / Abraham’s daughter / shades of neon / living a lie / binary stars 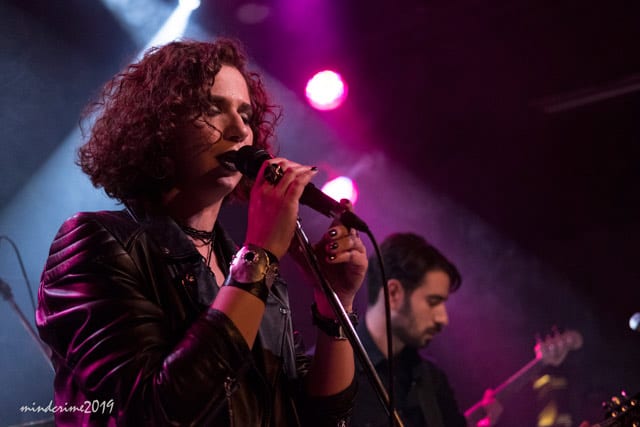 “Let them run, let them love…”
The club had more people when DISILLUSIVE PLAY got on stage. It’s a band that’s more into hard n heavy rock with proper vocals by Antigoni. Their 30’ long setlist was based on their album “Open Arms” and best song was my favourite Her Lonely Mind.

Setlist: white dove / alpha / in the blink of a life / stealing you away / open arms / her lonely mind / watered soil 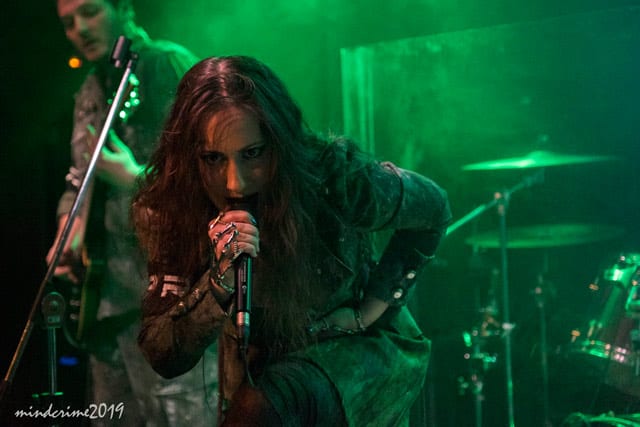 “Feel it on our skin, the time is running…”
PROJECT RENEGADE was the third band. A mix of alternative/nu metal as we already knew from their ep Cerebra (people was familiar with their song Pressure, as they had a videoclip for it) but also some new stuff from the upcoming albums. New songs were equally good showing many different influences they have. They have a nice groove and Marianna is powerful on stage. The band comes with a nice single uniform (Ody on the drums nailed it with his mask) 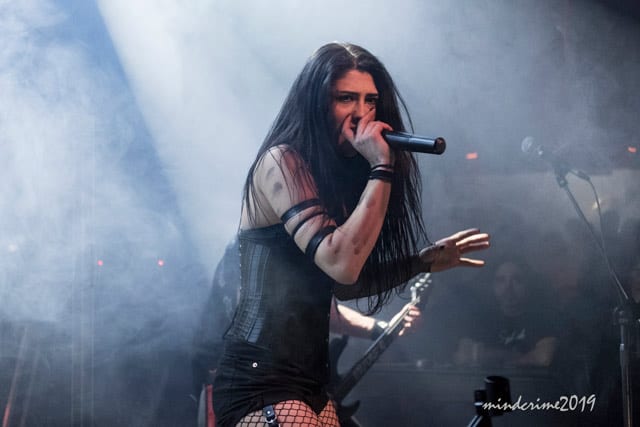 “Come child, into our cursed embrace…”
DIMLIGHT was the big surprise of the festival. Heavier than the others, they were impressive on stage with a nice music style that combines dark/gothic/symphonic metal with death metal (with swapping between the female vocals of Mora and  growls by Peter Invoker. I suggest everyone to check their latest album Kingdom Of Horrors.

Setlist: the red king / invoking the hunter / beryl eyes / shatterd idols / torrents of blood / beyond the gates of horror / clash of immortals / lapis animae / we, the bones 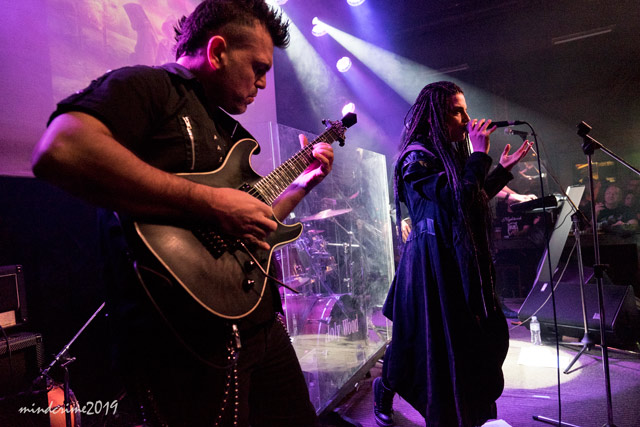 “She’s a maniac, maniac on the floor”
MEDEN AGAN is a well known band in Greece with numerous live appearances but this was their own big healine show. The band of Diman Koutsogiannopoulos(guitar) offered a full setlist based on their latest album, Catharsis (7 tracks) but also from Lacrima Dei (4 tracks) and Nemesis (1 track). Their cover of Maniac (Michael Sembello) brought smiles on our faces (oh the 80s, I have to dig for my old videotape of Flashdance). Great performance by Dimitra Panariti on vocals although the sound was a bit akward at the beginning of their set.

Setlist: catharsis / the purge / cleanse their sins / whispers in the dark / shrine of wisdom / no escape / maniac(cover) / everlasting pain / embrace the sorrow / portal of fear / nemesis / divine wrath / lustful desires / weaver of destinty
The girls kept a nice surprise for the end of the festival, all of them together on stage they sang Enjoy The Silence (Depeche Mode). 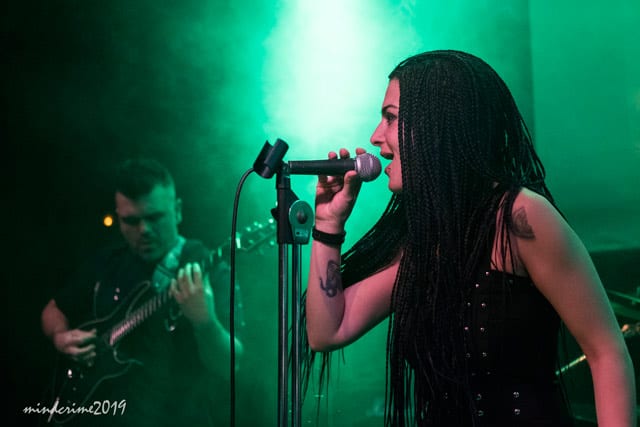