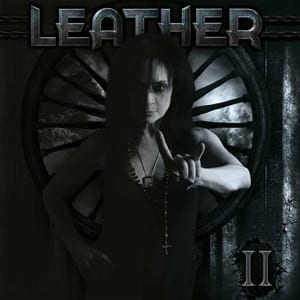 There is no secret that Leather Leone is by far my favorite female metal singer. From the first time I was exposed to the magic of Mystery of Illusion several years back, no other came even close to dethroning her. On the contrary, she solidified her place at the top of my metal universe with her deafening return both in concert and studio terms. Her comeback albums with David Chastain were certain to lead to her second solo album, a record that I rushed to spin as soon as I got it in my hands. My positive hunch was confirmed from the very start. The band may not be comprised of flashy names like it did in the past (all of them are relatively unknown musicians from Latin America) and Leather herself has added many years under her belt but the ensemble delivers the goods and then some! So the delivery is of the highest caliber. The guitar works are flawless and Leather sounds ageless with her trademark vocals bringing chills down the spine. Her grit is unparalleled, a tiny Goddess of war that can demolish anything in her path by using solely her vocal chords. As far as compositions go, the album maintains its high standards with a plethora of dynamic songs that owe a great deal to Judas Priest and could easily find their way to one of their releases. The deafening Juggernaut, the razor sharp Hidden in the Dark, the unstoppable Let Me Kneel and many more will demand consecutive spins. One of the best albums of the year has landed.