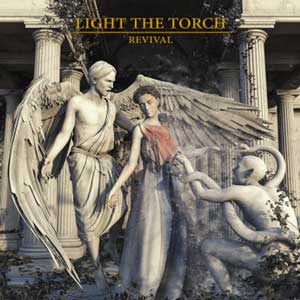 Although, in my opinion, Howard Jones’ departure and Jesse Leach’s return played out well for Killswitch Engage, we mustn’t forget that the band’s breakthrough album, ‘The End of Heartache’, had the former behind the mic. It is in the more melodic moments of that defining metalcore record that the roots of Light the Torch (ex The Devil You Know) are to be found. I underline the word ‘melodic’, because here the vocals are mostly clean, not just during the choruses, as is the rule in the genre. Once or twice I even thought of that KSE ‘Holy Diver’ cover while listening to the album.

‘Revival’ is a good, modern metal record, with Jones as the protagonist in the style that fits him best. However, this is also its main flaw: You get exactly what you expect to hear, with surprise-free songwriting and guitar playing. Of course, judging the album’s predictability depends on what you compare it to; next to the latest stuff from Five Finger Death Punch, ‘Revival’ is basically a prog record.

Each time Light the Torch dare to leave the formula aside for a moment, the result is pretty damn good, as proven in ‘Lost in the Fire’ and ‘Judas Convention’.