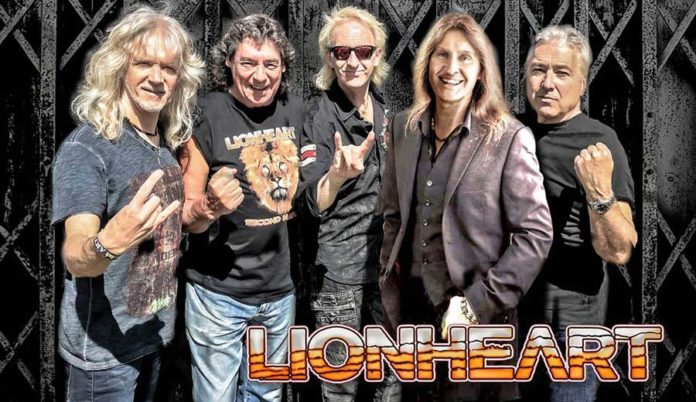 “30 Years” – LIONHEART’s first single from the global release of “Second Nature” (Metalville records – January 21st), relates Dennis Stratton’s musical journey through the decades from his time in Iron Maiden through Lionheart, Praying Mantis and finally Lionheart again. The song’s lyrics are cleverly peppered with double meanings and Stratton’s guitar solo is deliberately played in the style of early NWOBHM. The guitar harmonies and guitar dual between Stratton and Steve Mann are classic Lionheart and the song’s fast pace is rounded off supremely by Lee Small’s typical soaring vocals. The band line-up is rounded off with Rocky Newton on bass and Clive Edwards on drums, with Rocky joining Stratton and Mann on the track’s classic 3-part vocal harmony choruses.

You can watch the “30 Years” official video here

In 2017 the album Second Nature hailed Lionheart’s triumphant return to the melodic rock music scene with a collection of powerful and memorable songs featuring the distinctive harmony vocals and harmony lead guitars for which Lionheart were so renowned.

The first Lionheart album to feature the extraordinary talent of Lee Small on lead vocal, Second Nature was released in Japan (on King Records) and Europe. Unfortunately in 2020 the European deal lapsed and the album disappeared from the market outside of Japan.

Now Metalville Records have stepped up to the plate and are releasing a repackaged version of the Second Nature album and, for the first time, globally.

To mark this special event the album has been re-mastered to sound punchier than ever, and now also includes 2 bonus tracks.

The release will also include the remarkable ‘Circle Of Bands’ chart by Tristan Greatrex which has been brought up to date and which was up to now only available in the Japanese release.

Give me the Light

Every Boy in Town

Mary Did You Know (bonus track)