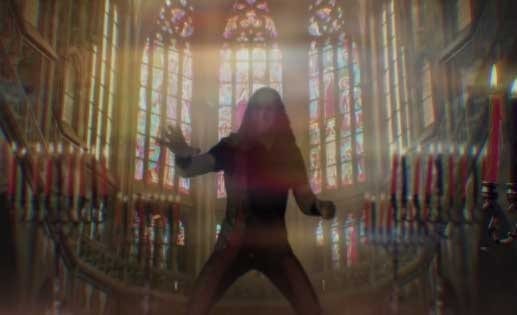 RiotV released a new video for “Heart Of A Lion” from their upcoming “Armor Of Light”. The album will be out on April 27th via  Nuclear Blast, while the company held a listening party in Athens Greece.

Rockpages.gr first impression was positive: The speed is high and the pace is devastating. Todd Michal Hall singing is superb laying down amazing performance on every track, while Frank Gilchriest melts the double bass drum. Mark Reale’s spirit lives on through the guitar work of Flyntz and Lee. What made a big impression to me was the band’s attempt to move away from recycling the old riffs of the classic albums. Except “Messiah”, which is “Thundersteel’s” bastard brother, the only reference to older Riot is some riffs and passages on the solos. Riot V make clear that they look ahead, at least when they are in the studio. Read more here.