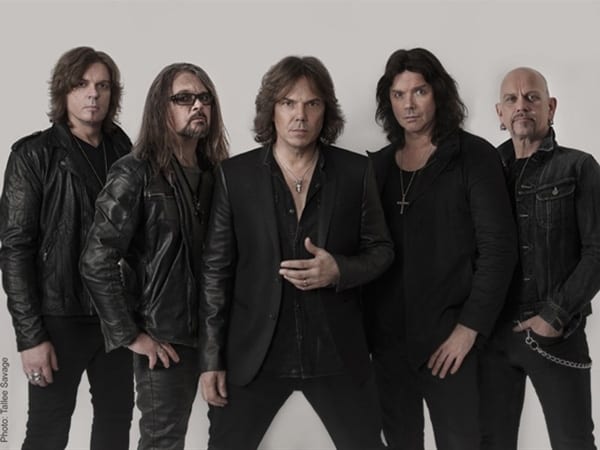 Europe released the title track from their upcoming album, “Walk The Earth” which is out on October 20th. Here’s the press release: From the anthemic sound of the opening track “Walk The Earth” – to the heavy vibe that is “Haze”, from the instant melody of “Election Day” to the lyrical content of “Kingdom United”, “Walk The Earth” is the album that should see Europe rightly acclaimed as a band at the height of their powers. The wonderful melodies and depth of Joey Tempest’s vocals along with a powerhouse rhythm section and the guitar playing of John Norum, one of the great underrated guitarists. Norum’s guitar playing shines across the record. This is an album that is big in its scope and sound. Much like previous album “War Of Kings”, “Walk The Earth” is an album that has instant appeal but is also an album that needs to be lived with, in order to uncover it’s depth. The album was recorded at famed Abbey Road Studios in London with Grammy winning producer Dave Cobb (Rival Sons, Shooter Jennings, Jason Isbell, Chris Stapleton). Europe tour with Deep Purple in late 2017. Full dates are below Fri 17th Nov 2017 Barclaycard Arena, Birmingham UK Sat 18th Nov Manchester Arena, Manchester UK Mon 20th Nov Motorpoint Arena, Cardiff UK Wed 22nd Nov The SSE Hydro, Glasgow UK Thurs 23rd Nov The o2 Arena, London UK