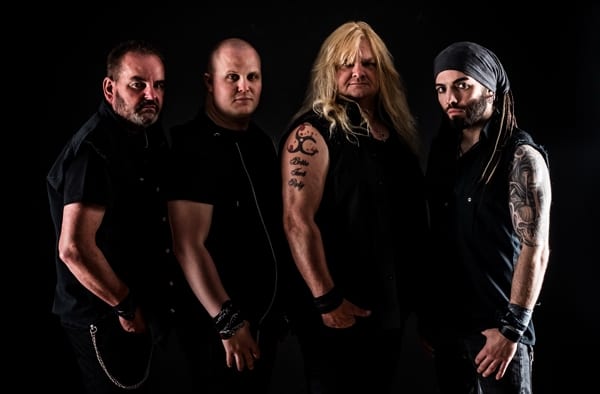 Grim Reaper release their new album titles “Walking In The Shadows” on September 23rd through Dissonance Productions. It’s the band’s first album since “Rock You To Hell” in 1987 and Steve Grimmett feels great about it: “I am tremendously proud of the album. It has taken a long time because it has been fraught with problems, but we have ended up with the best thing I have done in decades. We’re all looking forward to bring it to the fans and excited to be doing a world tour, starting straight after its release, and carrying on until 2017.”