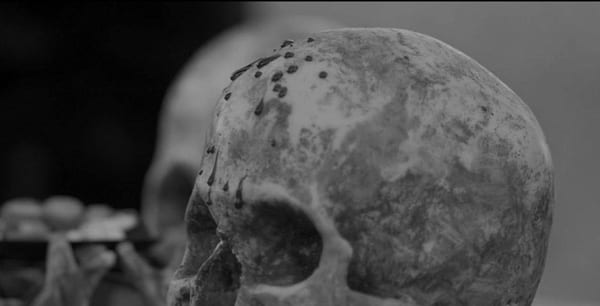 The Athenians W.E.B. invited us to listen to their 4th up-coming release and a chance like that could not be wasted. The place was Remedy Live Club in Heraklion and the band was very excited about that. They kept thanking us for honoring them by showing up (well, you honored us with the invitation) and a nice evening with the band followed.

“Tartarus” is a concept album based on, what else, its title. It is divided in three themed parts and the lyrics are influenced by many different things (“Dracula” by Bram Stoker is one of them) but they are written in a way to serve the story. It was recorded in Devasoundz Studios and produced by the band’s mainman Sakis Darkface who did a great job. It was engineered by Fotis Benardo (Necromantia, Sixfornine) and Thanos Tzanetopoulos (Inactive Messiah). Dinos Prassas (Nyne) took over the mixing and mastering of the record. Christos Antoniou (Septicflesh) did the orchestral arrangements, something that he also did on their previous album “For Bidens”. Their music can be characterized as symphonic death/black metal. Let’s see the songs.

Part One: Descent. In this themed part, the songs are both fast and mid-tempo combining atmosphere with aggression. The orchestral “Where Everything Begun” is the intro and this is also the meaning of W.E.B.. A very nice way to begin with. Next Is “Tartarus”, which is already released as an excellent video. “Ave Solaris” is maybe the song most suited for live performances, as Saki’s screams “Rise, Rise” can make the fans participate. Finally, “Dragona” is the band’s favorite and probably the best of the album. They played it live in last year’s performance supporting Septicflesh and it will be released soon as a lyric video. Fantastic atmosphere, awesome refrain and stunning melodies towards the end. One of the best songs ever written by them.

Part Two: Trial. Musically is the most extreme part of the album, as the songs are mostly in fast tempos and shorter. Here we find “I, The Bornless”, “Morphine For Saints” and “Cosmos In Flames”. The second one is one of the fastest songs ever written by them, it will also be available soon for the public to listen and in general is the perfect storm before the calm (so to speak) that is about to come.

Part Three: Thanatos*. Here we have the most atmospheric part of the record. “Thanatos Part I – Golgotha” has Sotiris Vayenas (Septicflesh) as a guest who participates with his iconic clean vocals, “Thanatos Part II – Epitaphios**” is a great song with many changes and excellent female vocals while “Thanatos Part III – Mnemosynon***” closes ideally this album.

The truth is that “Tartarus” sounds good. Too damn good. When just one time listening to it gives you so great vibes, imagine what will happen when more of them will follow. It seems that the band put a lot of effort into this one in any level. Music, orchestration, lyrics, production. It will be released in November 10th by Apathia Records, it will have a bonus DVD with two live performances of the band and the recording sessions of the album and the release party will happen some days before (if I’m not mistaken on November 3rd) in the same place, Remedy Live Club. The storm that W.E.B. are bringing will be upon us all. Well done guys. Well done.