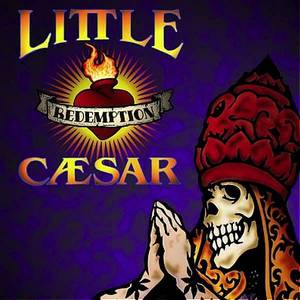 I am pretty sure that there many out there who remember Little Caesar, the blues-rock outfit from L.A. that was decently promoted on MTV and had absolutely nothing in common with all the other hair metal groups of the area. I’ll be honest with you: I had lost track of Little Caesar after their second full length album for Geffen. So, the (re)release of “Redemption” from Rock Candy was quite surprising when it fell on my hands a while ago (the album was initially released back in late 2009).
If we take aside the uninspired cover sleeve, in “Redemption” we get to find all the familiar elements from those tattooed bikers. Blues aesthetics with country traces and a well full of emotion! It’s like being in the same room, in the studio with Little Caesar and listening to the purity of the songs without any “production deterioration”. You feel like listening to an old vinyl (yes, vinyl) by Blackfoot or something from those first albums by Dogs D’ Amour. You get the picture…welcome back, guys!
Highlight: The well-crafted lyrics…
Welcome back, guys!