when attending a show. Check them out below:

1. Recording video with your phone

OK, we get it you love this song and you want to keep this moment forever… i respect that! But, you’ve done it on one song, two songs, and now it’s becoming annoying. Turn this thing off and enjoy the show! If you want a souvenir go buy an original DVD, I bet the quality in sound and image will be far better! 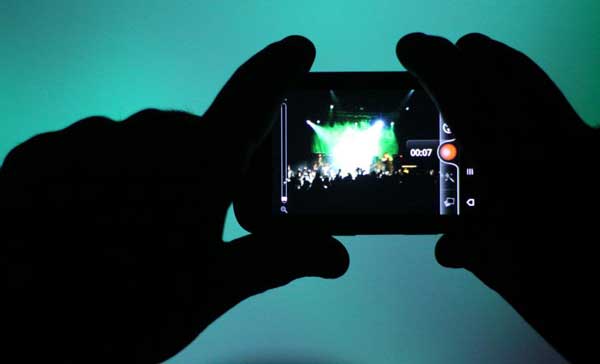 You haven’t showered for ages? That’s your problem! That doesn’t mean that everyone around has to tolerate your stench! Especially, when you are moving around, lifting your arms and even worse when you are headbanging… and it gets really worse in the summer…

You’ve checked out playlist.fm, the forums, Facebook and you know what the band is going to play next. That doesn’t mean that we want to know about it! Keep it for yourself and don’t be a wise guy to your buddies going “and now they’re going to play this and that”…

4. Leaving before the end of the show
I honestly believe that the end of the show could be the most important part of it, where the impossible can happen, there might be a surprise and of course 9 times out of 10 the bands leave their best for last.

5. The “when I saw them they were better” guy
Well, maybe you should have stayed at home then, instead of being a wise ass! 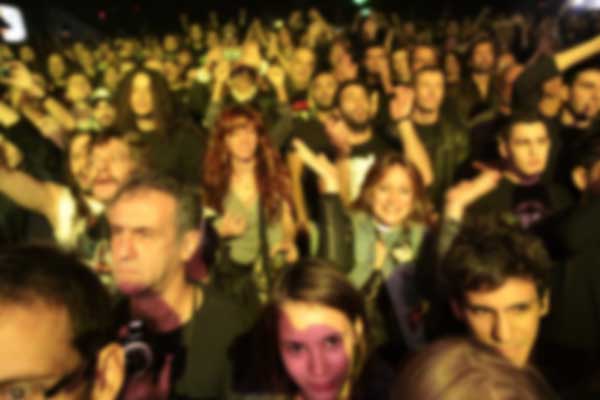 6. People going to a show for the first time in their lives… or acting like it
And they think that they’d watch the show like watching a football game in their living room. Here there is no action replay and you must earn your spot in the front rows. Pushing to get in front of the band in a packed venue will only cause friction and might get you in trouble!

OK, is some shows it has to be, but everything has its own limit. You can’t have every fan watching the show getting up on stage and crowd surfing. Think about the people you are supposed to surf on, how many bodies can they take?

8. Going berserk on the mosh-pit

We are all going to a show to enjoy ourselves, blood will boil, there will be some pushing and moshing, but that’s all! Don’t bring your personal problems into the mosh-pit and don’t do to others what you wouldn’t want them to do to you, because they’ll do worse.

Who is never going to scream his ass off with the song he wants to listen to, even if the band is not playing it anymore, or even if it was sung by a different singer who is not in the band anymore. Sometimes they might even ask for a song that’s already played.

10. Calling your friend, girlfriend to listen to a specific song

I mean really? And even if they can listen to the music from your phone do you really think they’d like to, instead of being to the show themselves? It’s better if you don’t know what you are missing, although if your favourite band is playing you know EXACTLY what you are missing. I wouldn’t pick up the phone! 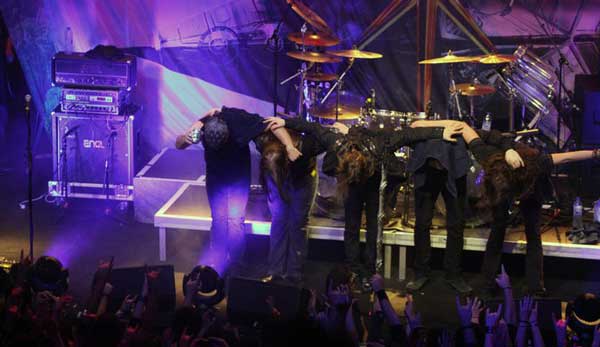