Like it or not, Lordi will always be connected to Greece and the Eurovision contest after their win here almost 15 years ago. However, the band has a long and fruitful career with lots of great albums. In the wake of Lordi’s imminent return to Greek soil for a show here on the 12th of October we get to ask Mr. Lordi 5 questions as a first taste of a longer interview that will take place later on. Interview: Sakis Nikas 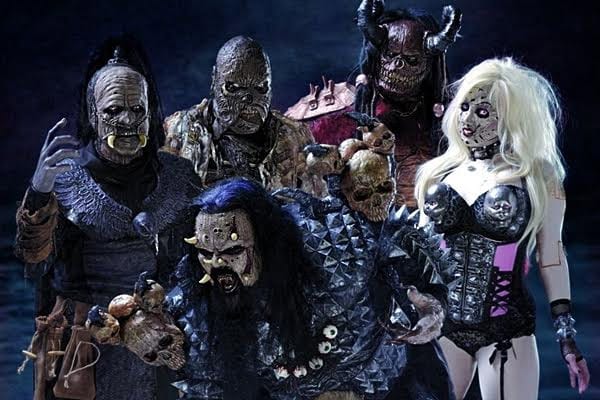 Rockpages.gr: You are returning to Greece where you had your first major exposure to the world with the Eurovision contest. What are your memories from that day and by the way do you remember the intimate club show just for a few journalists?

Mr. Lordi: Yeah I remember that small club show, it was very weird little gig indeed, on so many levels hahaha! Overall memories from Eurovision are a bit blurry, I mean, everyday was the same… Got up at 6am to start with the makeup, then at 9 to the venue for interviews and rehearsals for the whole day, back to the hotel late at night… And then the same procedure repeated again and again and again. The actual show days were not that much different actually, busy as fuck. I was a bit surprised to hear that many of the other contestants got around Athens to see sights. We had zero time to do anything like that. We saw hotel and the venue.

Rockpages.gr: We will speak in more details about the new album when you arrive in Greece but for now, how do you feel about your latest studio album “Sexorcism”? Do you think that it captured the vision that you had for it before you go into the studio?

Mr. Lordi: Yeah it does. We’ve always been very strict of not leaving the studio before we got what we aimed for. I think it always should be like that, that you are not leaving the studio until you feel like you’ve made a better album than the previous one. It doesn’t mean that all the other people feel like that when they hear it, but I honestly do believe that and I do feel like that. We just finished the new album last week, and once again it’s way better than Sexorcism, if you ask me, that’s how it should be.

Rockpages.gr: There is no secret that you are the one that have the final word on business and artistic matters regarding the band. Do you heavily rely on the other members’ contribution as well?

Mr. Lordi: We are a very democratic band on quite a few sectors actually. So yeah, everyone has their say on things. 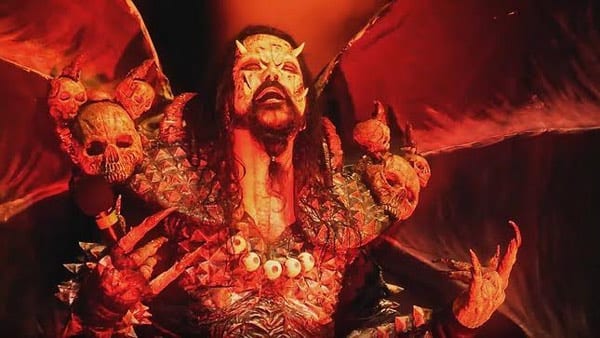 Rockpages.gr: Lordi has a very impressive show and a guess lot of money goes out to the overall stage act preparations. Do you think that the stage show is as important as the music itself or maybe sometimes people pay more attention to it rather than to the actual songs?

Mr. Lordi: No, music always comes first. That’s the base. That’s the whole point. People seem to get somehow confused with bands that have a strong visual image, that somehow it would be equal to the music on importance. And that is stupid. The image has nothing to do in what you hear. I always get asked this question, would the music of, let’s say, Beatles, Metallica, Slayer or Led Zeppelin sound somehow worse if they’d look like KISS, Twisted Sister or Lordi? Sad truth is that to many people it would. I don’t get it. Those people are idiots. The visual look or the show of an artist should not have anything to do with how you hear or judge or rate their music. It’s a different play field entirely. What’s wrong in looking good or cool, or whatever, and some think these bands look silly or ridiculous? But still, even if you’d feel like that, it should not be a factor when listening their music.

Rockpages.gr: I know that your favorite band is KISS. I’m gonna ask you a similar question like it was…1980 or 1982 for KISS. Is there any chance of seeing Lordi on stage without make-up?

Mr. Lordi: No. That is not gonna happen. It’s uncanny to think that even KISS did put the makeup back on, and now on a timeline their unmasked era is just a small 1/4th part of their career. And it was still KISS. But Lordi wouldn’t be Lordi if we wouldn’t look like Lordi. We would sound the same, we would do albums but we would not do any performances then. 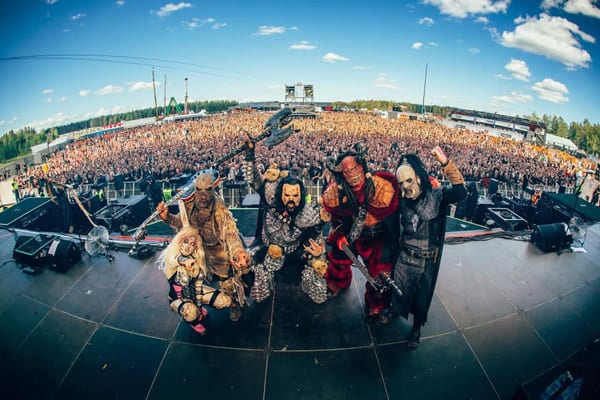