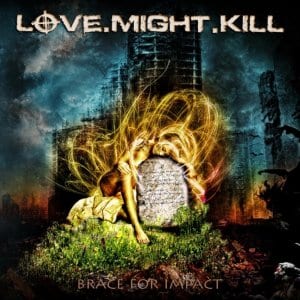 Whilst reading an article about FireWind, I checked this piece of info about the band Michael Ehre (FireWind’s ex-drummer) has formed. This fabulous musician has worked with Uli Jon Roth, Metalium and many more, plus he’s also into producing and songwriting. He started writing his own material and then made sure to pick some equally splendid musicians to join him, along with an Italian singer who turned to be a real apocalypse! When I got to listen to the album I instantly realized the truth is rather simple – as always… The Germans and the Italian don’t joke around!
It was easy to predict they would perform brilliantly, they are all pros and Ehre knows his way around the production booth, thus the perfect sonic outcome. Okay, cool, what about the songs though? Well… Let’s put it this way. Total infatuation! The band’s style is epic, technical, grand and completely flirting with Metal and Hard Rock, reminding us of certain Rainbow angles, whilst I think one fine term for it would be “German AOR and more”. Just listen to “Caught in a dream” and that’s it, we think alike…
“Pretty little mess”, the first video for the album, actually introduces us to the world of LMK and Mr. Jan Manenti on vocals. Ladies and gents, fans and worshipers of Steve Perry, Jimi Jamison and the rest of the bunch, get ready to welcome this amazing supersinger! Darn good singer, I’m sure that lots of peeps will be talking about his blessed larynx; positive feedback is already being given and the reviews are praising – naturally.
Currently, the band is working on their second video, for the song “Down to nowhere”. Cool tune, exquisite piece of Rockrunning, double bass drum thundering and we’re outta here! To tell you the truth, second video could easily be for title track or “Reach out” – doesn’t Manenti sound a bit like DeFeis on that one? – they are all so catchy and so perfect… Huge album, huge band, band huge, album huge!