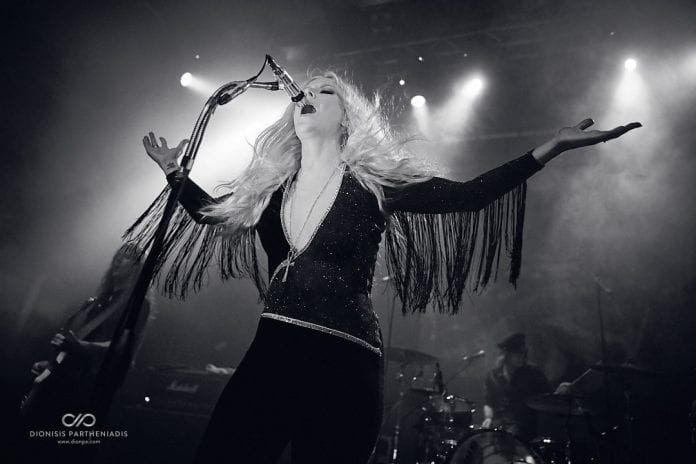 In 2012, following their second album “The Thousandfold Epicentre”, The Devil’s Blood visited Greece for a genuinely overwhelming live. With their second album (“Girl with the Raven Mask”), Avatarium refurbished An Club in an awesome show in 2016. 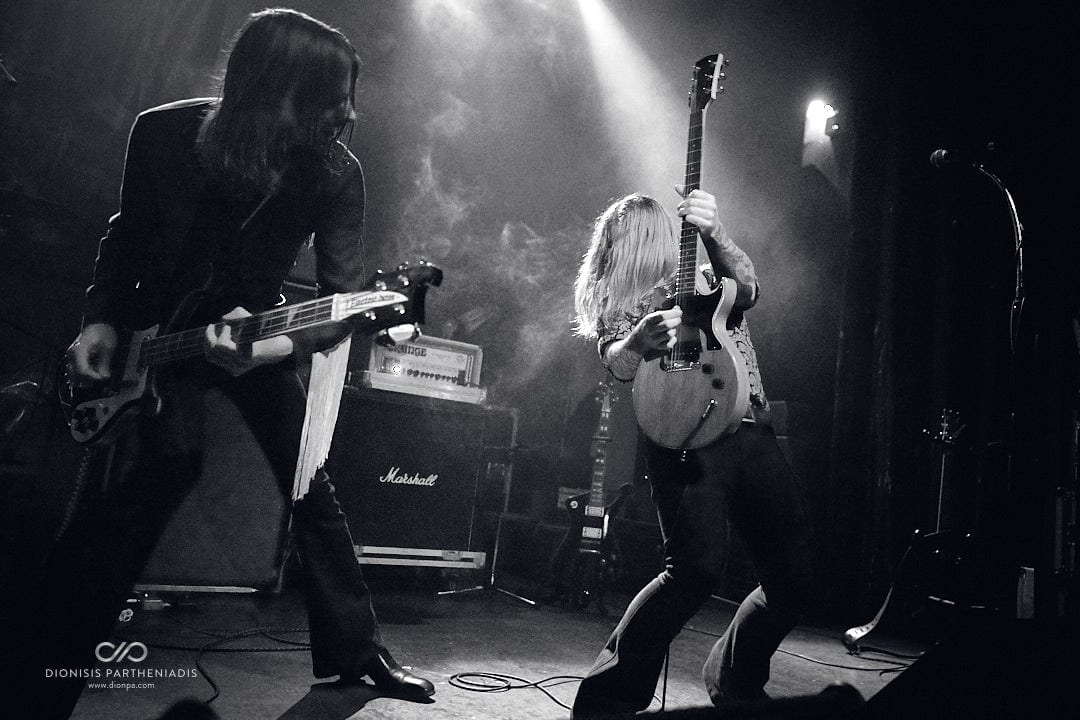 I was certain that on Sunday night, it would be great! Johanna’s Lucifer with a very good second album (“Lucifer II”) and the participation of Nicke Andersson in the composition and recording of the album went out for a tour and for the first time would play in Athens. The line up is completed by Martin Nordin, Linus Björklund and Alex Mayr. So this five – piece wrote history, and the 300 lucky ones that were in Gagarin will be talking about this great live, at least until a hard-rock/doom female fronted band is back with its second album!

Half Gramme of Soma, playing psychedelic stoner rock was a first perfect 40-minute opener for the night. They came in loud and I confess that they hit me in the head, exactly where my dark instincts woke up. “Drowned” and “Jerk” gripped me from their first second by exuding evilness with their punk-occult aesthetics. Amazing tracks from an experienced and strong band that continued playing tracks from “Groove is black”, reminding me sometimes of 1000mods. The drummer was totally insane  (he did not have to look for a moment at his drums while he was raving …!), and in general this is a very interesting band that I have to look into more carefully in the future. 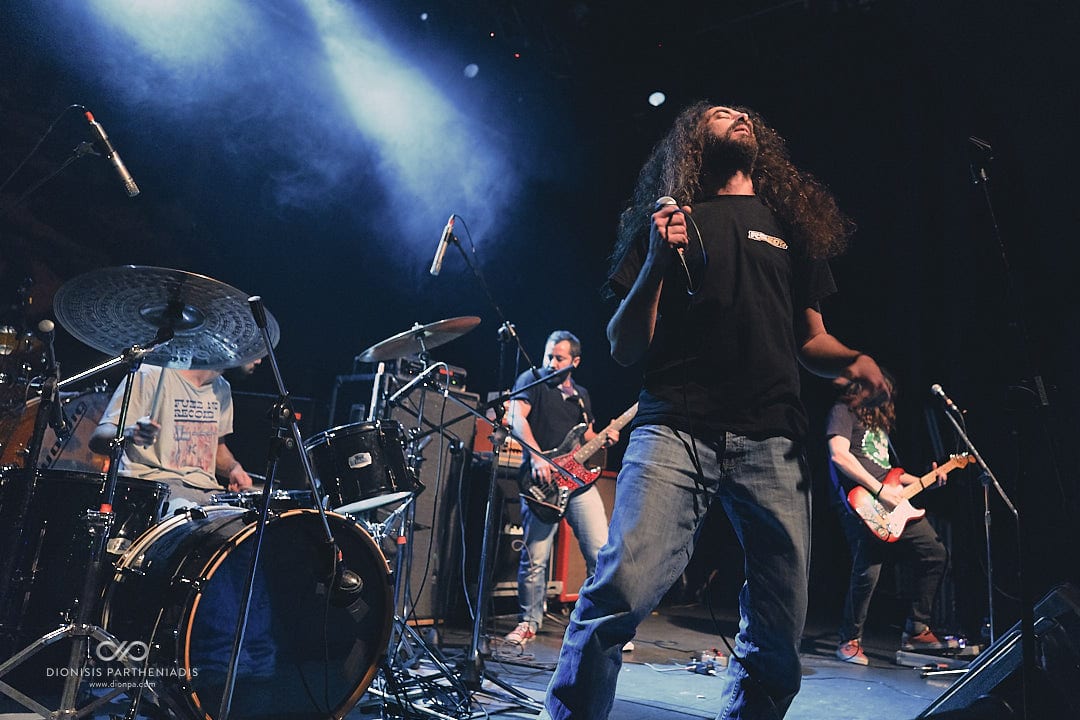 Surprisingly, for being a Sunday, Gagarin gave you the impression of being full, as the crowd spread evenly. Of course it was really worth it for everyone there!
About an hour and a half of a highly professional and enjoyable show by Lucifer was what we received. Red light, bright red lights, smoke, excellent sound, and Lucifer is Johanna’s exact vision since the band started off. 70’s straightforward rock, with occult and doomy wonderful songs 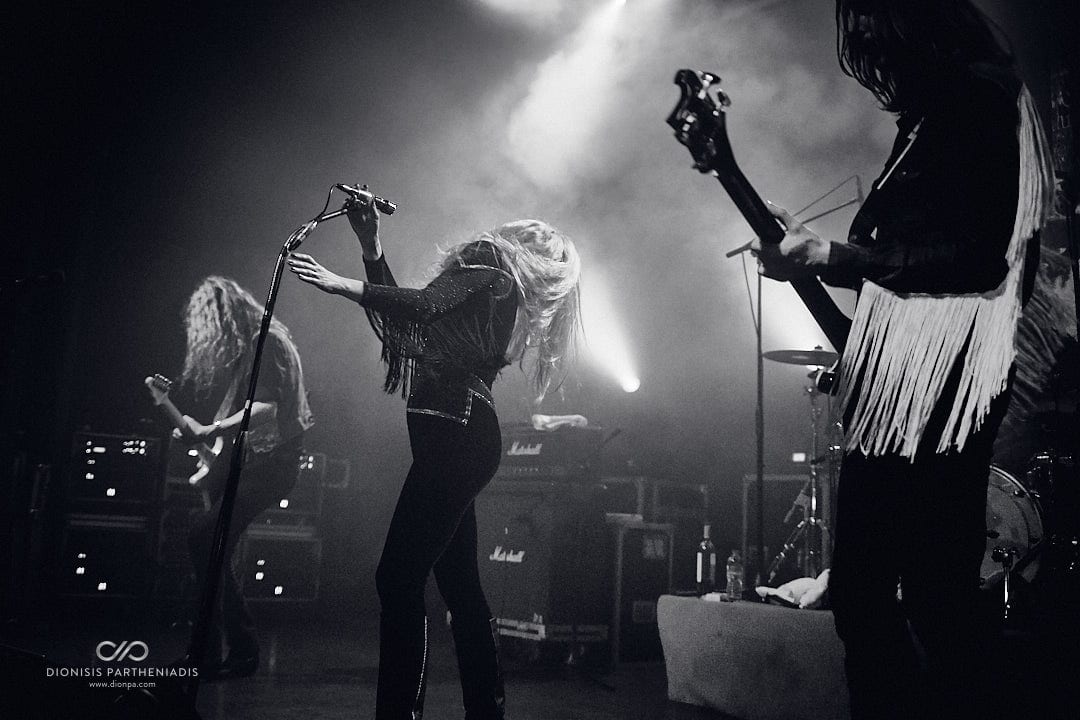 “Faux Pharaoh”, although last song on “Lucifer II” was a dynamic opener and immediately made us understand of what would follow. The voice of Johanna, the trademark of the sound of the band, heroic, epic. Impressive with a revealing tight all-black outfit, she had all eyes on her, or most of them for sure! Just a little further behind, Nicke Andersson was explosive on the drums, and the all star band that is the live Lucifer was impeccable! The vast majority of the set was based on “Lucifer II”, and some of “Lucifer I”, like “Morning Star,” but also a cover song “Take me away (Together as one)” by Paul Stanley. I personally outlined the performances of “Dreamer” and “Reaper on your Heels” (finale of the regular set), while the most hot / rocking moment was the adaptation of a Rolling Stones song, “Dancing with Mr.D”, where the two guitarists proved that they also have very good voice skills. The encore consisted of three songs and went to the beginning for the first Lucifer song ever written, the Sabbathian – “Anubis” but also to the beginning of “Lucifer II”, with “California Son”, the band’s most up-tempo song. Lucifer left very good impressions in their first appearance in Greece, satisfied the fans and will certainly make many more people worship them in the future. Well done Johanna, Nicke, Martin, Linus, Alex. All hail Lucifer! 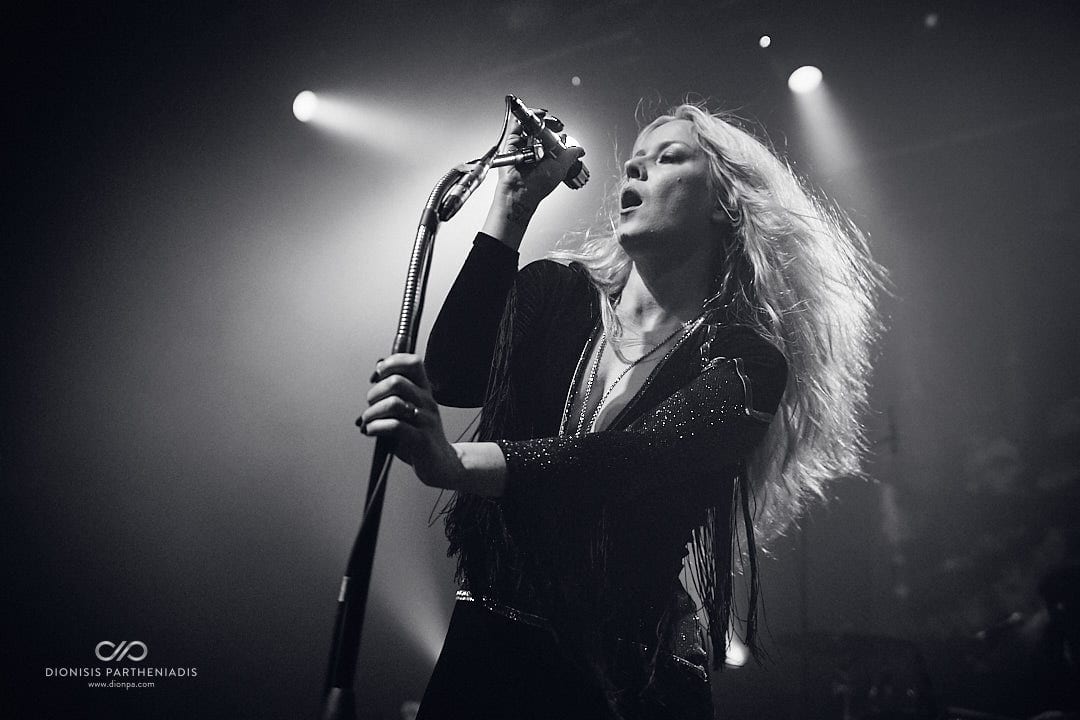